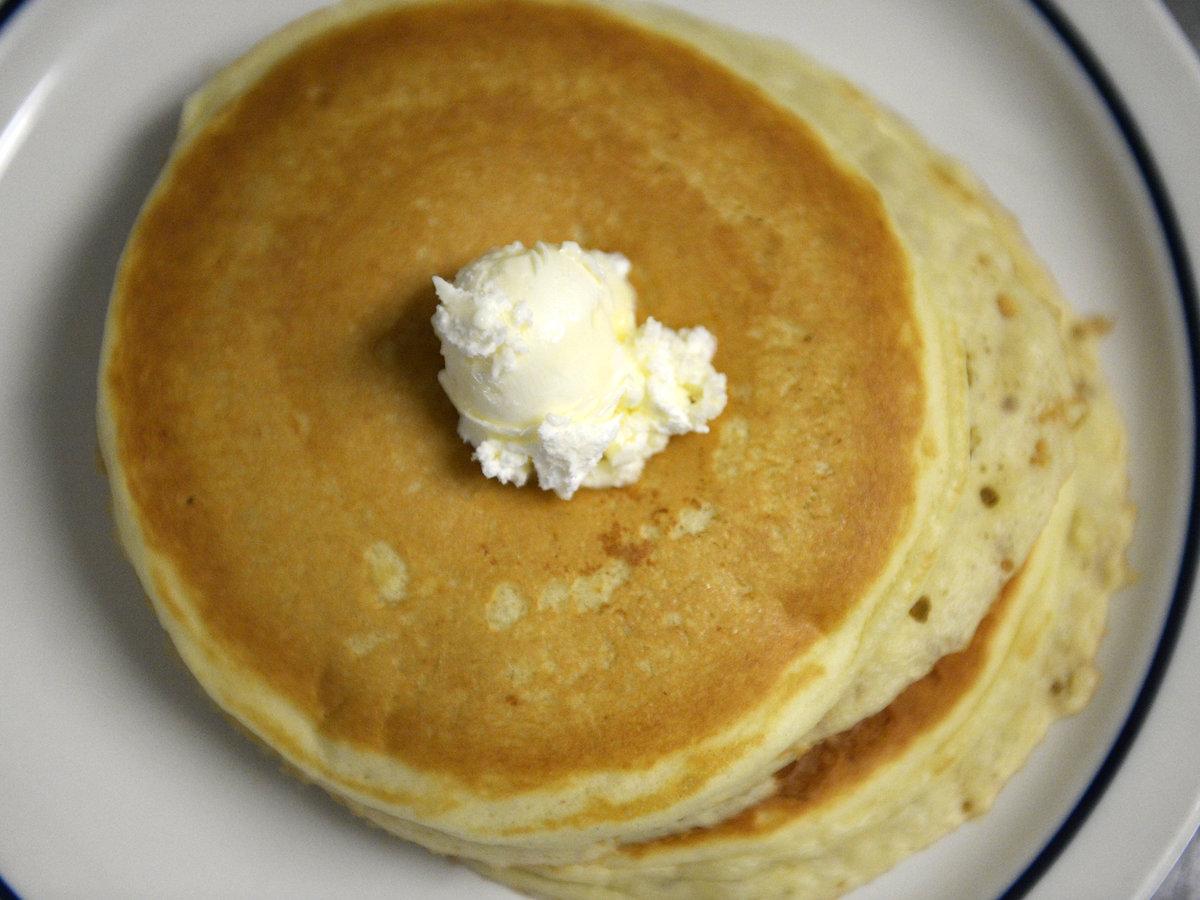 After flirting with a name change, IHOP is going back to basics and serving up a deal on the pancakes that made them famous: A short stack of three pancakes for 60 cents on Tuesday.

From 7 a.m. to 7 p.m. on July 17, the International House of Pancakes will be offering the 60-cent pancake deal is in celebration of the restaurant’s 60th anniversary. The short stack pancake deal is only available for dine-in customers and guests can receive one 60-cent short stack each.

“The IHOP name is synonymous with pancakes, pancakes, pancakes – a rallying cry that sets our menu and our restaurants apart from every other dining destination,” IHOP Chief Marketing Officer, Brad Haley said in a press release. “To celebrate six decades of pancakin’ and the love our guests have shown us since we first opened our doors back in 1958, we’re treating folks to a 60-cent short stack of our world-famous Buttermilk pancakes – the pancake that started it all – on Tuesday, July 17.”

The 60-cent pancake deal is not the first time IHOP has offered a deal for its anniversary. The restaurant chain has turned its anniversary promotion into an annual deal. (Last year, IHOP offered a short stack of pancakes for 59 cents). IHOP is also known for its annual National Pancake Day deal, where customers can get a free short stack of pancakes, usually in late February or early March.

IHOP made headlines in June when it announced it would change its name to “IHOb”, standing for “International House of Burgers.” After causing a stir on social media, the company siad the name change was a publicity stunt intended to bring attention to their new burger menu and that they company was back to its original name: IHOP.