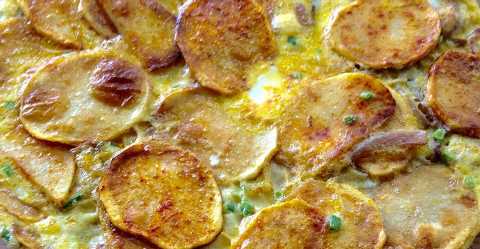 You can use chives instead of parsley, and a sweet red onion instead of the Spanish onion — the sweeter, the better.