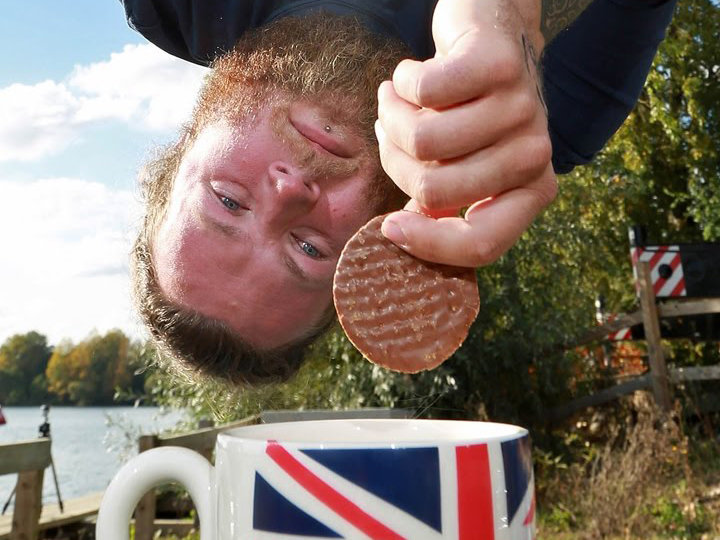 Guinness World Records just awarded a 24-year-old man a record for bungee jumping 240 feet to dunk a cookie in a cup of tea.

On Guinness World Record Day, November 17, Simon Berry bungee jumped from a platform to put a Chocolate Hobnob into a mug bearing the Union Jack. Berry succeeded and was awarded the title for “Highest Bungee Dunk” later that day.

Berry had to jump 10 times to successfully get the biscuit into the mug. He eventually nailed down a technique which involved stabilizing his dunking wrist with his other hand.

There were specific restrictions set by Guinness in order to qualify for the record—down to the size of the mug (15 centimeters by 15 centimeters).

The previous record for highest bungee dunk (198 feet) was set by an American in 2013.

Guinness launched World Record Day in 2004 to celebrate the sale of 100 million copies of its world record book. The day included thousands of people around the world attempting to obtain a Guinness World Record, like Smallest Married Couple, Most Traffic Cones Balanced on Chin and Longest Basketball Shot Blindfolded.

Related: The Best British Gastropubs
The Best Beaches in England
13 Experiences Every Traveler Should Have in England