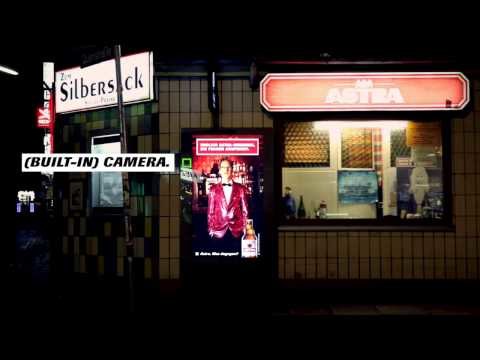 German beer brand Astra created what they claim is the first-ever billboard that’s able to target specific groups based on the viewer and the first-ever advertisement that is literally only for women, according to PSFK. Developed by creative agency Philipp und Keuntje, the digital sign uses a built-in camera and gender-detection technology to determine who is looking at it. From there, the ad shows one of more than 70 videos featuring comedian Uke Bosse. If you’re a woman, Bosse encourages you to try an Astra. If you’re a man, or anyone under the age of 16 (Germany’s legal drinking age), you’re told to move along.

It’s all fun and games until the sign gets your gender wrong. Specifically targeting women might be a unique way to try to market to females; but if you want to lose potential male clients, simply tell them, “Hey, ma’am! Try an Astra!”

If you want to check out the ad for yourself, you’ll have to head to Hamburg: It’s currently stationed outside the Zum Silbersack pub. Though if you’re an American traveling to Germany, male or female, you probably don’t need any extra encouragement to drink beer.

Related: Choosing a Session IPA for Your Marathon Drinking Session
7 Underrated Beer Styles You Should Get to Drinking
How to Tell if You Are a Beer Geek or a Beer Snob