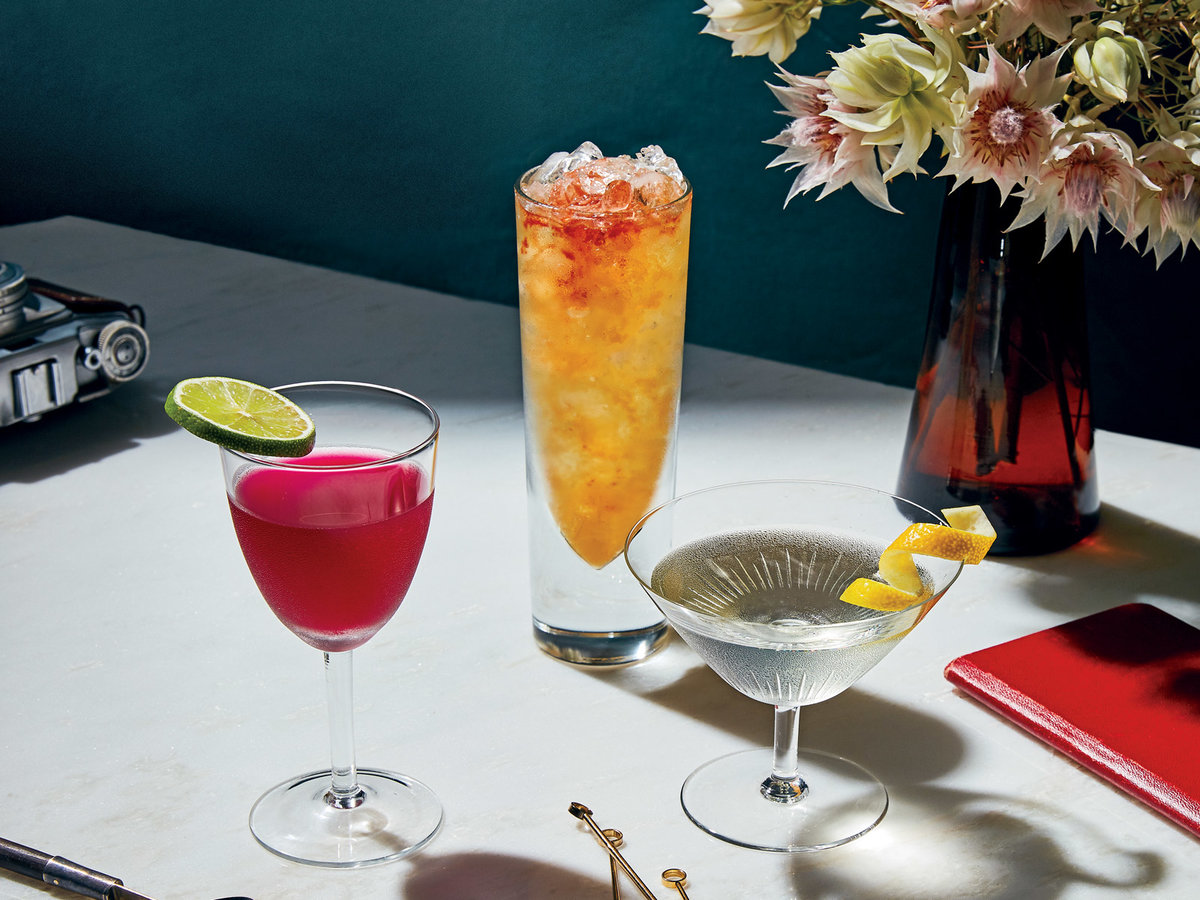 Julia Child’s culinary works are celebrated around the world, but as a small collection of 3-by-5 index cards discovered in her archives reveals, she wasn’t the only one in the family jotting down recipes. Until they were unearthed, Paul Child’s cocktail recipes had been forgotten. In them, Paul carefully notes his cocktails’ names, ingredients, and preparation tips, often with the date and place of the recipe’s creation, such as “Garnet, Paris, 1950.”

In that way, these drinks offer glimpses into the Childs’ lives. When Paul came up with that cocktail in 1950, he and Julia were living in Paris. Julia was studying at Le Cordon Bleu, the launching pad for her first book, Mastering the Art of French Cooking, Volume 1. And before dinner, they often entertained friends with gin, dark rum, rye whiskey, and vermouth-based cocktails, a custom they continued when they returned to the U.S.

Chef and cookbook author Jacques Pépin was a frequent guest. “I remember Paul making a cocktail with fresh orange juice that he called ‘A la Recherche de l’Orange Perdue,’ a witty take on Proust’s Remembrance of Things Past,” he recalls.

Barbara Haber, formerly of Harvard’s Schlesinger Library at the Radcliffe Institute, where Julia’s papers now reside, remembers get-togethers with the Childs in the ’60s: “Paul was a very accomplished photographer. He’d been in the Office of Strategic Services, a precursor to the CIA, during World War II. He was a storyteller, quick to laugh, a raconteur, and a man of great wit.”

Mixing up one of these forgotten drinks isn’t quite the same as sitting down with Julia and Paul for dinner. But it’s a way to raise a toast to one of the legends of American cooking—and to offer a nod of thanks to her cocktail-talented husband.