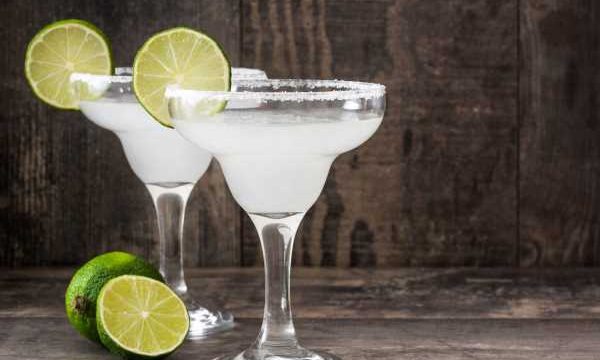 One of summer’s simplest pleasures is a fresh homemade margarita—they’re ice cold, tart, refreshing, and perfect for sipping languorously on a hot afternoon outside. While you’d think a margarita would be simple enough to make, there are a few common mistakes that can turn them from excellent to, well, not so much. Thankfully, our executive wine and spirits editor, Ray Isle, has some helpful tips for making the perfect margarita on the rocks, as well as a mean frozen margarita recipe. Check out his key rules below (seriously, skip that margarita mix), and head over to our margarita gallery for even more recipes.

100 percent agave tequila is your best option by far

Isle says you have two choices for your tequila. There’s basic, inexpensive tequilas made with a mixture of grain spirits and agave spirits (fun fact: tequila only has to include 51 percent agave spirits to be called tequila), but they’re typically colored with caramel coloring and grain spirits aren’t very tasty, either. Plus, the bottle Ray picks up includes natural flavors—“what are those natural flavors? The only flavors in there should be tequila,” he quips.

The second and best option is 100 percent blue agave tequila. He gives 1800 as an example, which is made entirely from an agave plant—it’s pure tequila and tastes much better.

Isle says there are three things in a margarita: tequila, lime juice, and Cointreau Triple Sec. You want to make sure you’re using fresh lime juice (you know, squeezed from an actual lime) to give your margaritas the best flavor. The pre-squeezed, pre-packaged lime juice you’ll find in the grocery store uses lime oil to give it more flavor, and you want pure lime juice.

Tiny ice is not your friend

Isle says the best margarita is the simplest margarita—so don’t use margarita mix, which can have high fructose corn syrup, artificial colors, and other ingredients you want to avoid.

As tempting as it is to dump your "on the rocks" margarita in a blender with tons of ice, don’t. Isle says a frozen margarita recipe requires different proportions—for each drink, you’ll want two ounces of tequila, one ounce of Cointreau, one ounce of simple syrup, and one and 1/4 ounces of lime juice, which is slightly more than the on-the-rocks recipe. In the video above, Isle makes enough of the mixture for two drinks, and then combines it with two and half cups of ice in the blender. After blending, rub the edge of the glass with lime, salt the rim, and voila! You’ve got a perfect frozen margarita too.

Pro tip: Pre-mix your margarita mix ahead of time and chill overnight, so it’s ready to go in the blender the next day.

And for the perfect margarita on the rocks:

Isle recommends salting the rim of your glass first—you can use a lime to help it adhere. Then, combine two ounces of tequila, one ounce of Cointreau (good quality Triple Sec will work, but he prefers this), and 3/4 ounce of lime juice in a shaker. Then, shake it up, and pour over ice in a glass.

Get the full recipe here.