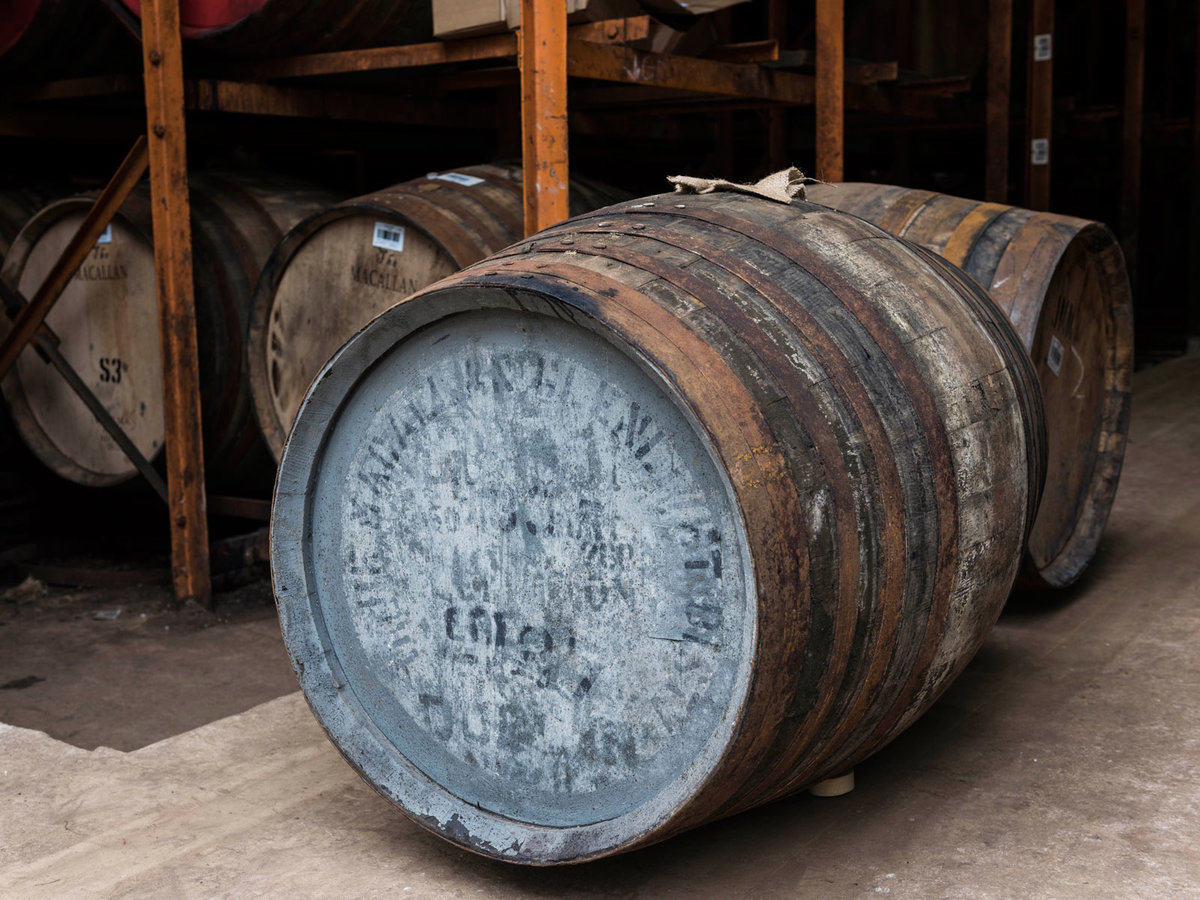 At an October 3 auction in Hong Kong, a lone cask of whisky broke two world records.

The record-breaking whisky, matured in a sherry hogshead, was distilled in 1987 by The Macallan Glenlivet Distillery and is currently being stored in Scotland at the Macallan warehouse. Cask 88 advised Spink China on the sourcing and sale of the cask.

“We estimated that it would sell for around 2.3 million Hong Kong dollars, as it is very rare to see an aged Macallan sherry cask, never before has anything like that been offered to the public, as after all—it is a rather small barrel yielding less than 300 bottles, even if you flip the cask upside-down!” said Angie Ihlo Fung, auctioneer and whisky specialist of Spink, in a press release. “As the action went on, we saw determination from buyers participating from different parts of the world, and it reached a price it certainly deserves, we are most content.”

So how does it taste? Charles MacLean, one of Scotland’s leading whisky experts, said in the release that its aroma is warm and welcoming. “The taste is sweet, but not cloying—indeed there are traces of crystallized orange peel and angelica and some cooking spice in the long finish,” he said. “This is a terrific, understated, example of The Macallan. Gentle, sophisticated and unassuming, but still vivacious.”

As for its appearance, MacLean described the color as resembling “deep umber; old polished oak.”