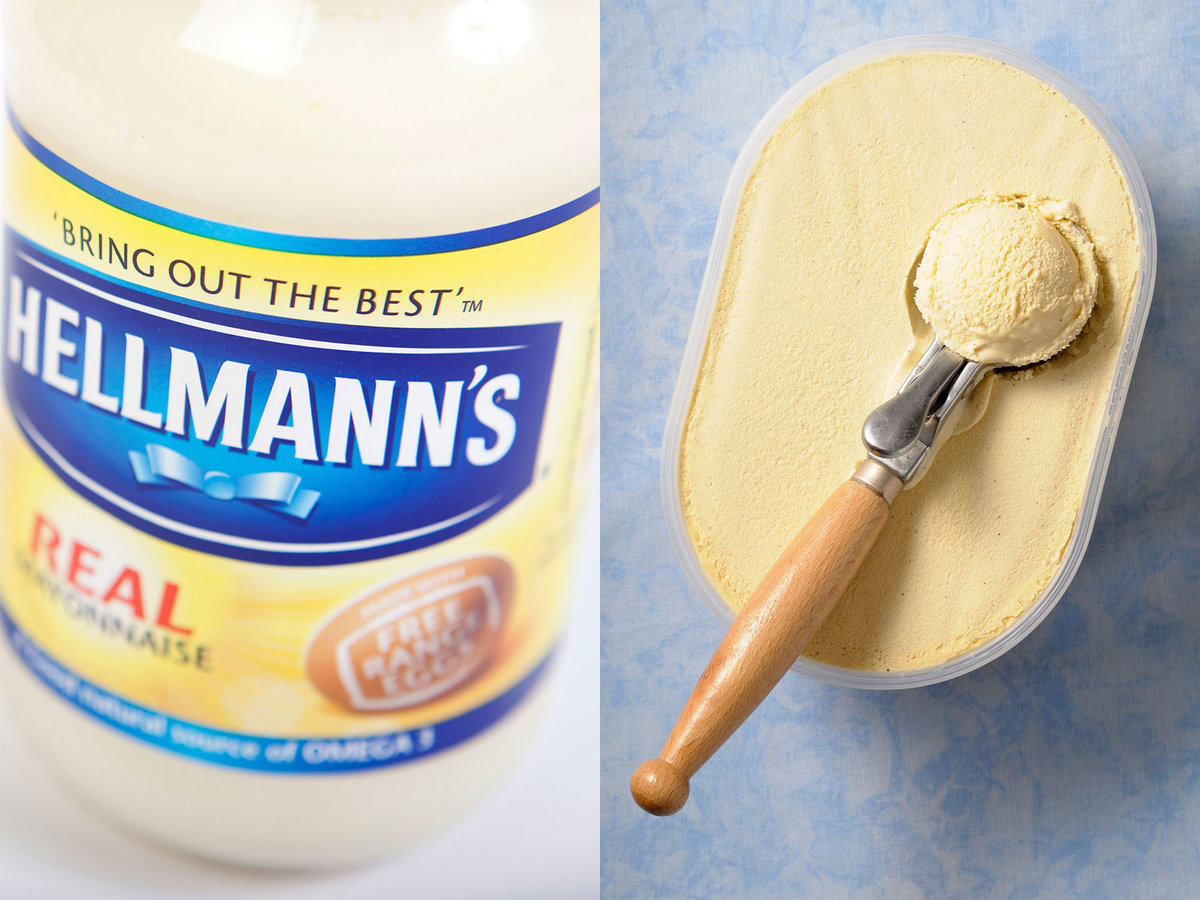 The Ice Falkirk ice cream shop is no stranger to weird flavors. On their website right now, “Monster Energy” is the first flavor that pops up on their desserts page. The Scottish shop previously garnered attention with an ice cream made from Strongbow Dark Fruit hard cider. But last week, the brand went beyond the unusual into the realm of controversy when they announced a new Hellmann’s Real Mayonnaise ice cream. “Who knows a mayo addict?” Ice quipped on their Instagram page alongside a photo of the polarizing product.

As often happens these days, the product took social media by storm, bringing Ice global attention. “Not bad for a small business from Falkirk, Scotland,” the shop wrote on Facebook. Not bad, that is, as long as you don’t mind be associated with the potential stigma of serving mayonnaise ice cream.

Reactions ranged from the unhappy—“Scotland, y’all can keep it,” as one Twitter user wrote—to the more culinary-minded—“It probably makes the ice cream super creamy and light instead of tasting like mayonnaise?” another user wrote, adding, “I have a chocolate cake recipe with mayo in and it makes the cake super moist and brings out the chocolate flavour!”

For the record, that’s what one Instagram user suggested was the case: “I thought it was #justwrongonsomanylevels but then I tried it!!!” someone commented on Ice’s post. “It’s actually really nice, creamy and rich.”

Still, that sort of level-headed response hasn’t slowed the mania. Heck, today, even Miracle Whip tried to piggyback off of all the attention the mayonnaise flavored ice cream has received. “Mayo ice cream??? Ridiculous,” the brand posted on Twitter. “Miracle Whip ice cream though….”

Still, while mayo might be one of the more debate-worthy ice cream flavors out there, it’s probably not the most bizarre. Dating back to last year, we’ve come across flavors like cheddar cheese ice cream, Flamin’ Hot Cheetos ice cream, Carolina Reaper pepper ice cream (also produced in Scotland in case you want to start passing judgement on an entire country), and Taylor Ham ice cream. Suddenly the thought of grabbing a scoop of plain old vanilla is starting to sound pretty delicious, huh?