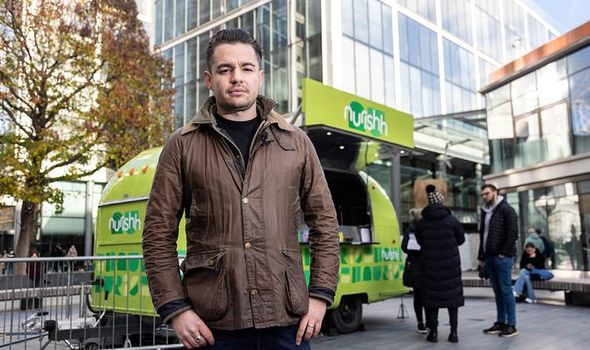 For 43 percent, the need to eat meat simply isn’t there, and 30 per cent just want to try something new. Saving the plant is the biggest incentive for half of those up for ditching meat – while almost a quarter reckon it’ll boost their social media profile.

However, fish and chips, an English fry up and pizza are among the meals Brits think they’d miss most.

Taste is one of the top barriers for people fully committing to a plant-based diet, while for 42 percent, it’s the expense.

And 56 percent say they would miss their favourite dishes too much.

Deborah Blaser from Nurishh, a plant-based alternative to cheese that commissioned the survey, said: “These survey results reveal a growing trend in our society.

“The premise behind our range is to cater for the one in three that want to go plant-based but don’t want to compromise on flavour.

“Plant-based category sales have doubled in the last five years, yet products that stack up in taste and support flexitarian-curious Brits planning to make the switch are in small numbers.

“We hope Nurishh will make it easier for people who want to really try and stick at their new year’s resolution.”

The study also found that regardless of this being a new resolution for 2022, two-thirds of adults have already attempted to be greener in the kitchen at least once before.

And 63 percent admit it’s something they try at the start of every year, with almost two-thirds considering being a vegan to be ‘trendy’.

A quarter thinks it will be difficult to make the switch but 50 per cent claim it will be an easy transition.

Shockingly, almost half (46 percent) confess to being likely to pretend to still be a plant-based eater even if they’ve failed at it.

Generally speaking, more than a third admit to giving in to temptation too easily with reasons being lack of willpower (72 percent), getting bored too quickly (47 percent) and having the fear of missing out (43 percent).

It takes 32 per cent of those polled just a week to fail at the first hurdle, while 21 per cent can manage one whole month before giving up.

It also emerged that smoking (28 percent), chocolate (18 percent), bad habits (16 percent) and alcohol (15 percent) are among the things that have been the hardest to give up in the past.

And a fifth of those polled via OnePoll has lied about sticking to something even though they secretly gave it up already.

Nurishh have teamed up with chef and TV presenter, Joe Hurd, who said: “Making changes to our diet can have a profound knock-on effect in other aspects of life such as feeling happier, time spent preparing meals, improving our health and even performing better in our jobs.

“I am flexitarian so eating and feeding my family plant-based meals has become second nature.

“Technically plant-based alternatives to cheese are the most challenging to replicate so it was great to see people at Spitalfields genuinely wowed as they tasted plant-based versions of their favourite dishes created by chef Paul Hannigen.”