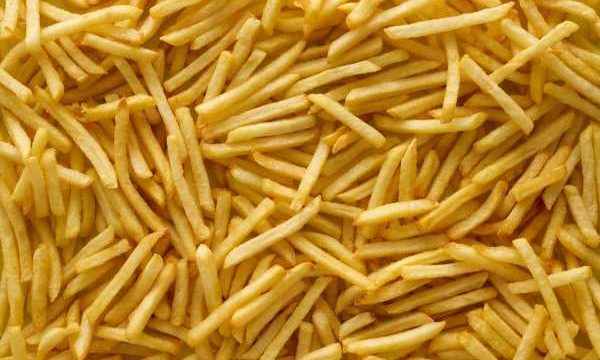 With snow already blanketing parts of the northeast, there’s no escaping the fact that the start of meteorological winter has arrived. While many of us are only now adjusting to the reality of harsher weather and colder temperatures, french fry fans might be due for an even crueler winter.

A crappy potato harvest across the US and Canada means that fast foodies might be facing a real, painful french fry shortage. Abnormally chilly weather beginning in October plagued chief potato producing regions of the upper midwest as well as Idaho and Alberta during the fall harvest, which had the effect of reducing crop yield. Bloomberg reports that while some growers in Alberta and Idaho had time to salvage some of what they planted before the frost damaged them, rain and snow in places like North Dakota, Minnesota, and Manitoba meant that farmers in those regions had no choice but to abandon a portion of their crops.

That’s resulted in what’s likely to end up as the worst American potato harvest since 2010. The US Department of Agriculture expects a 6.1% drop in annual domestic potato output, including a 5.5% drop in Idaho, the state synonymous with potatoes. While analogous projections for Canada aren’t available quite yet, the United Potato Growers of Canada believes that about 18% of Manitoba’s potato cultivating land was unharvested, which is just as much as was lost across the entirety of Canada last year.

Alongside a dampened potato supply, recent increases in Canada’s “fry-processing capacity” have driven up demand. You don’t need to be an economist to guess that those two factors combined could push up prices. And the quality of what potatoes do exist might be worse too, as Bloomberg suggests that the damaged crops mean that the surviving potatoes were smaller, which isn’t ideal for creating the fast food-quality french fries you’re probably used to. ​​​​​​​

The good news (at least for Canadians) is that a new Cavendish Farms processing plant in Alberta, coupled with a decent harvest on the country’s east coast, could alleviate some of the pressure on potato prices going forward. So at the very least, it sounds like french fries won’t be disappearing in early 2020 like Burger King’s Zesty Sauce might. But don’t be shocked if you end up paying more to munch on some crispy, salted potatoes in the near future.