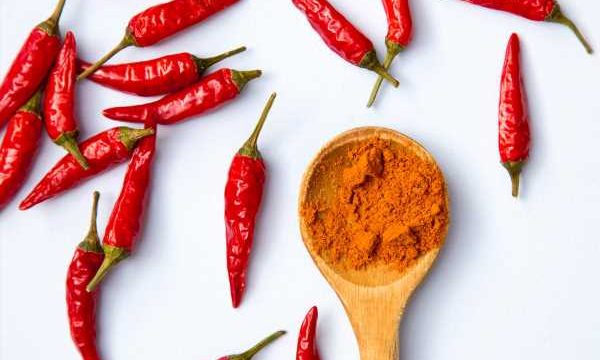 If you’re a fan of spicy foods, you’re likely able to discern the flavor nuances between ground cayenne pepper and chili powder. People who prefer milder flavors, however, might not know the difference.

They’re both red, they’re both (kind of) hot, and they both are used to season spicy dishes—how different can they really be? Here’s what you need to know before you substitute cayenne pepper for chili powder or vice versa:

What Is Ground Cayenne Pepper?

Cayenne is a moderately hot chili pepper. Native to South America, cayenne peppers are generally skinny, red, and have somewhat rippled skin. Cayenne peppers, which are used whole or in the form of a finely milled powder, are found in a wide variety of cuisines, including Creole, Asian, Indian, Thai, Chinese, and Korean.

What Is Ground Red Pepper?

Ground red pepper is usually made from cayenne peppers, but it can be made from a variety of ground chilis in the Capsicum family. While you should always try to stick as closely to the recipe as possible if you’re unfamiliar with what you’re cooking, cayenne pepper powder and ground red pepper can usually be used interchangeably.

What Is Chili Powder?

Ground cayenne pepper is technically a chili powder, but jars and bottles labeled “chili powder” are usually made from a blend of a variety of peppers. Most chili powders you find in stores also include spices like cumin, onion and garlic powder, and salt.

Can You Use Ground Cayenne Pepper and Chili Powder Interchangeably?

In a pinch, you can possibly get away with substituting cayenne pepper with chili powder and vice versa. However, there are a few things to take into consideration: