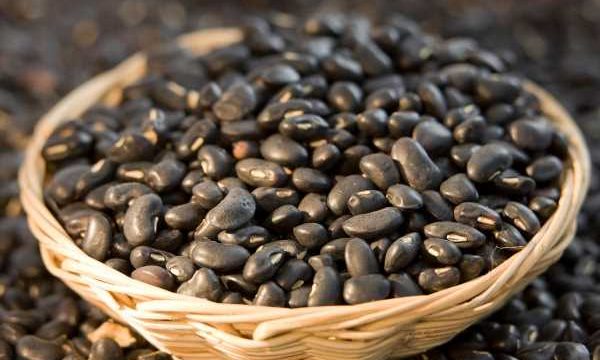 When was the last time you ate beans so good you just had to tell someone about it? Never? Well, in that case I think it’s high time I tell you to pick up a bag of Rancho Gordo beans. “They’re like eating beans for the first time,” I texted a friend after making my first pot of Ayocote Blanco beans, one of 6 varieties of heritage legumes sent in the Spring 2019 Rancho Gordo Bean Club.

As someone who eats mostly meatless, beans and legumes are naturally a big part of my diet. While I’ve opened many a can and bag, Rancho Gordo has stolen my heart. Specializing in growing heirloom beans and legumes indigenous to North and South America, Rancho Gordo operates under the idea that if more beans tasted like theirs, no one would think of them as boring.

Steve Sando, the Napa, California-based founder of Rancho Gordo, started growing his own beans after becoming frustrated with a lack of high-quality produce, particularly when it comes to ingredients that are indiginous to the area. Sando started growing tomatoes, and then began planting beans.

“It seems to me these indigenous ingredients should be familiar, if not common,” writes Sando on the Rancho Gordo website. “American cuisine is reinventing itself and I'd love to include ingredients, traditions and recipes from north and south of the border as part of the equation.”

Given that they’re heritage varieties of legumes sold by a small business, Rancho Gordo beans are a bit more expensive than the average bulk bin (most of their beans are about $6 a pound, while Nuts.com and Bob’s Red Mill sell most dry beans for about $4 per pound—though Bob’s “heritage” beans are comparably priced with Rancho Gordo; and pounds of Goya dry beans are typically between $2 and $3.) Still, beans will never be as expensive as meat, and they provide myriad nutrients as well as incredible flavor.

How to Cook ‘Em

To prepare a batch of Rancho Gordo beans, a bit of preparation is involved—though perhaps not quite as much as you’re used to when it comes to dry beans. Most dry beans require an overnight soak in water, but since Rancho Gordo beans are likely fresher than most grocery store beans they’ll require less time. “We often soak in the morning and cook the beans in the afternoon for dinner, but we also just cook the beans and wait for them to be done,” notes Sando.

Essentially, when preparing Rancho Gordo beans (figure about a half cup per person, but don’t be shy), they should be rinsed and picked through for debris, then covered with an inch or two of cold water and soaked for four to eight hours.

After the beans soak, rinse them again (you can cook with the soaking water, but keep in mind that there’s a possibility that some dirt could have clung to the beans and come out in the water). Transfer the beans to a stock pot along with a few big (big!) pinches of salt, quartered or chopped onion, a few smashed cloves of garlic, halved lemon and/or chiles, fresh herbs (woody rosemary, thyme, bay leaves work great, as do more delicate herbs like parsley, cilantro, and mint) and water or broth to cover the beans by about an inch. Bring the beans to a boil over high heat for 10-15 minutes, then reduce heat to a simmer and cook for 1½-2 hours, stirring every 40 minutes or so and adding more water or broth to the pot to ensure that the beans are always covered by about an inch of liquid. You’ll find that the end result is a richer, beany-er flavor than most other grocery store dry beans that hold their shape in a way that makes them a fully realized dish, not a pile of slop.

Rancho Gordo legumes, corn, seeds, herbs, spices are sold online and in certain grocery stores. The bean club, which goes on sale in the beginning of the year, is quarterly shipments of six bags of beans and one extra Rancho Gordo grain or legume—mark your calendars for next January.