Food hack: TikTok user shows how to 'save half of an avocado'

Whether you’ve grown your own tomatoes and the lack of September sunshine means they’re still green, or the shop-bought tomatoes taste a little underripe, Express.co.uk spoke to Gousto, the UK’s best value recipe box service about how to ripen tomatoes at home.

Gardeners have been told by industry experts for years to place their green tomatoes on a windowsill and the natural light and remaining sunshine will ripen them.

But this can take days, sometimes even a week to see them turning green, to yellow and eventually red.

For anyone who has purchased tomatoes from the supermarket, Gousto explained where the best place to store them is.

“This depends a lot on what the weather is up to outside,” the experts said. “If it is warm, you’re better off storing tomatoes in the fridge, as unless you plan to eat them immediately, they’ll over-ripen and spoil very fast. 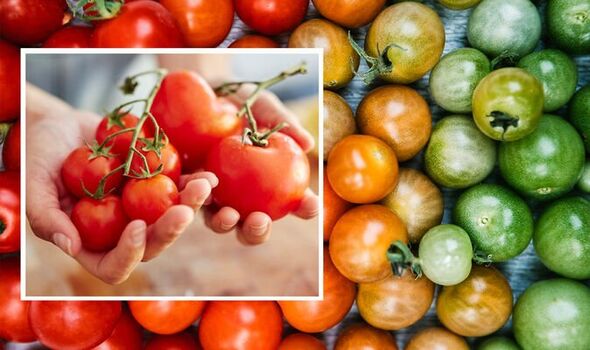 “If it’s a little cooler outside, keep them in a fruit bowl. This makes sure they’re at their juiciest and tastiest as storing them in the fridge stops ripening and affects taste and aroma.

“That said, Gousto doesn’t believe in food waste for our food boxes. If you’re not planning to use your tomatoes straight away, keep them in the fridge.”

If the tomatoes are not ripening fast enough, Gousto has a clever way to speed the process up.

“To ripen tomatoes more quickly, pop them in a paper bag with a banana and leave them in a warm spot, just for an afternoon,” they said. “Any longer and they’ll over-ripen.”

As for how the banana ripens the tomatoes, bananas produce lots of ethylene gas – also known as the “fruit-ripening hormone”.

Every fruit has a certain level of ethylene production throughout its lifecycle.

However, in some fruits, ethylene levels shoot up when the fruit starts ripening.

If you don’t have a banana to hand, an apple or pear can ripen tomatoes as they too give off ethylene gas, but just less than a banana. 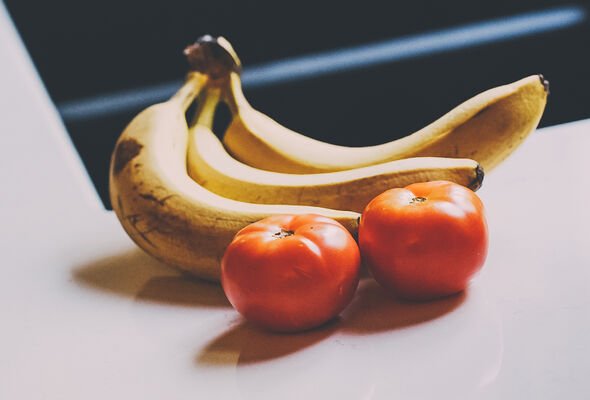 How fast a tomato ripens depends on the variety and size.

“That’s because larger tomatoes take longer to reach the green (mature) stage, which is needed in order to move onto the red stage.

“Sometimes though, we’ve found that cherry and plum tomatoes last longer because they don’t damage as easily in their packaging.”

If tomatoes are past their best, there are several meals that can be created to limit food waste.

Gousto explained: “We love creating scrumptious recipes that use up over-ripened ingredients – the challenge makes it all the more fun.

“An easy go-to for over-ripened tomatoes is a fresh tomato sauce or chutney, but over-ripe tomatoes are also perfect for a zingy, cooling Gazpacho.”