Gousto launched its Cookstarter campaign and recipes last week, May 4, in collaboration with five much-loved independent restaurants across the UK. Britons can now order a recipe and have it delivered to their doors, enabling them to enjoy high quality food in the comfort of their own homes.

Gousto not only enables Britons to cook up delicious food by following simple and healthy recipes, but it also gives people the opportunity to support British independent restaurants at a time they need it most.

The Cookstarter initiative started when Gousto chose five restaurants across the UK whose menus it thought were both delicious and demonstrated the sheer wealth of Britain’s culinary scene.

Gizzi agreed that Gousto is championing the UK’s diverse food culture. In an exclusive interview with Express.co.uk, she said: “When it comes to food, we are one of the most multicultural countries in the world.

“It’s such a nice sort of feeling to be sharing our cuisines. It’s such a conversation opener. I constantly want to try new things.” 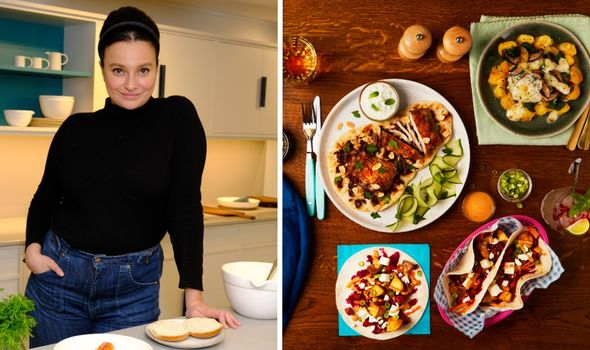 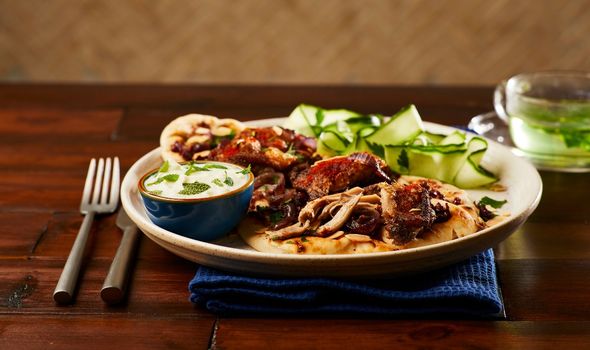 Gizzi highlighted the importance of sharing and platforming food from all corners of the UK, not just from London.

She said: “There’s an arrogance in London – we believe we have all the best stuff here.

“And then at the beginning of this campaign we were looking at all these really cool unique spaces doing food I wish was in London.”

The five restaurants that are a part of Cookstarter’s campaign include Scott & Wilson in North Shields, Noya’s Kitchen in Bath, La Pantera in Cardiff, and Baity Palestinian Kitchen in Manchester.

The fifth restaurant is in the capital, named MC & Sons ‘Thairish’ Public House and Kitchen.

All five restaurants are completely different in their cuisines and customers can choose from squash and garlic mushroom gnocchi from Scott & Wilson, spicy Vietnamese chilli and ginger aubergine stir fry from Noya’s Kitchen, and tangy Mexican chorizo, feta and Parmentier potato tacos from La Pantera.

All Britons need to do to get their hands on the recipes is order from the Gousto website.

For Gizzi, supporting independent restaurants is important, especially at this time during the coronavirus pandemic where she herself knows how difficult it is to run your own business.

Back in March last year, Gizzi took over one of London’s most iconic restaurants in the St Martin’s Lane Hotel, but had to close its doors just five weeks after opening due to lockdown.

The chef explained: “It’s devastating, you know. You’ve put so much time and energy into it – down to the investment, to the creative side, to building a space, to the front of house, to the food and beverage side.” 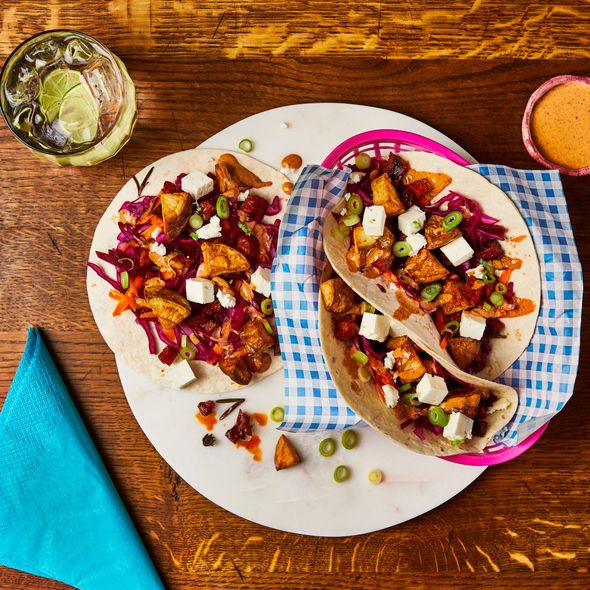 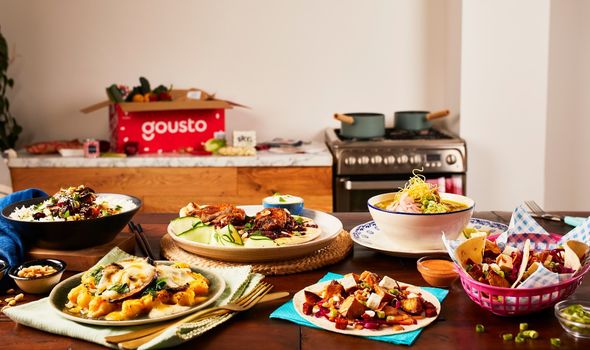 Gizzi thought Gousto’s campaign to search for the best independent restaurants in the UK was a good idea not only to “support restaurants that were really struggling in the pandemic”, but to also “showcase all these different varieties of cuisines that we have in this country, and really celebrate that”.

However, the chef noted that the “most exciting part” of the campaign was to allow customers to “access these restaurant dishes in their own home and be taught how to make them”.

Gizzi explained the recipe boxes come with a step-by-step guide and even a calorie count, ensuring that the meals are healthy and contain a balance of nutrients.

“They make me think, wow I know exactly what I’m taking in. There are no excuses. But it doesn’t do it in a joyless way.”

Gizzi went on to mention two of her favourite recipes from the campaign.

She said: “La Pantera, which is this Mexican restaurant in Cardiff – they did these delicious chorizo, feta and Parmentier tacos. I actually couldn’t stop eating them.

“Tell you what else was amazing. The Palestinian chicken with a cucumber and parsley salad from Baity Kitchen in Manchester,” Gizzi added.

“It was sort of like a curried kebab on a naan. It’s so good. I mean, it taught me a thing or two.”

Gizzi noted even she, a professional chef, would order a meal from Gousto as sometimes she wants to “zone out” and not think about what to cook.

“But when I go home I just want to zone out and not even think, and this is the sort of great space where you just don’t have to think about it too hard.

“This would suit me,” the chef added.

Hungry to help? Order a Cookstarter recipe from Gousto from 4th May until 25th May via Gousto.co.uk, and support the Cookstarter finalists by tipping them directly through a partnership with TiPJAR at https://www.wearetipjar.com/tip-cookstarter/ @GoustoCooking #Cookstarter.