It is worth noting that the fact the planet is getting hotter is not a good thing: melting ice caps means higher sea levels and serious damage to much of the world’s more vulnerable communities. As the world’s seasons change, so do the earth’s crops. Now, countries which couldn’t produce certain fruit or vegetables a decade ago, can. This is why vineyards are becoming increasingly popular in the UK: wine from Sussex, Surrey, and Kent now line supermarket shelves. There is also such thing as Welsh wine.

However, the retired IT technician hadn’t realised what he’d gotten himself into.

Fast forward 12 years and Red Wharf Bay Vineyard is a successful business which attracts tourists to walk among the vines, nibble on Spanish tapas, and taste red and white wine.

But, for Kevin, the journey to his success was a long one, during which he learnt a lot. He spoke to Express.co.uk about his experience. 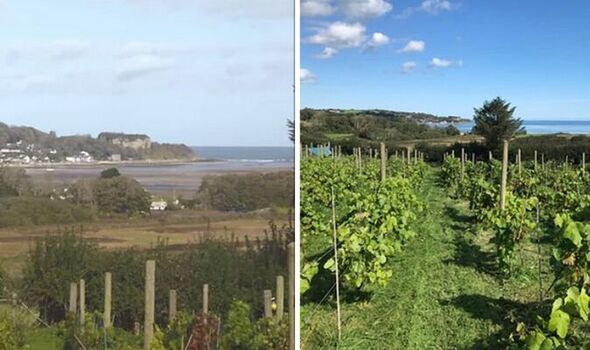 “When I first decided to plant a proper vineyard it was going to be in Andalucia,” Kevin explained.

“I was 62 at the time and had just been made redundant from the day job in IT. I still had some consultancy work but, in my heart, I knew I’d never have another job which involved turning up somewhere every day to work for someone else.

“It felt very strange, part joy and part guilt, but that was where I found myself.”

Kevin went on to explain that he wasn’t “a complete vineyard virgin, though I had been incompetent”. 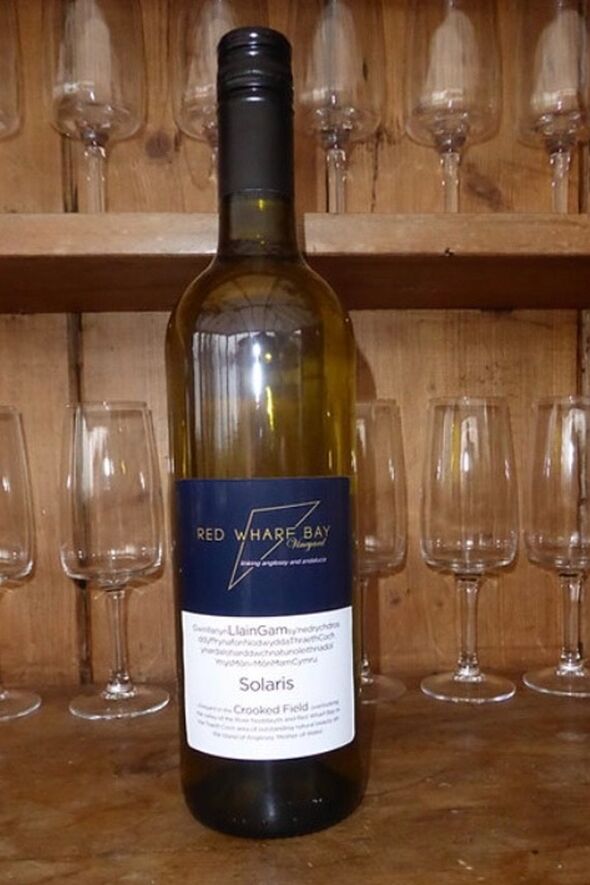 He had already planted 75 Solaris vines on a “small northwest facing bank my wife had wanted taming” in the field near his house, “on a whim”.

“Solaris vines, once they get to three or four years old, should produce enough grapes for a bottle of wine or more per vine,” Kevin said.

However, in the following five years, he managed to produce just six 75cl bottles of wine.

“The idea of planting a proper vineyard had taken hold but I thought, ‘wouldn’t it be so much easier somewhere with a bit more sun? Like Andalucia’,” he said.

“I could enjoy my retirement going out to Spain whenever I felt like it to spend time pottering around in the sunshine, tending the land, meeting people and enjoying myself. Then I would come back to the UK with a few bottles of this wonderful wine and turn up at the houses of friends saying ‘this is from the vineyard in Spain’, to general admiration and envy.

“I know Andalucia quite well, and I wasn’t thinking rolling hillsides filled with my vines for as far as the eye could see.

“Just to plant a few hundred and make a bit of wine, though commercially, not just a hobby. There would be a bit of hard work involved on the land, but not too much. And I’d do all myself of course. Why not? I like gardening.”

After looking for six months, Kevin found the right plot of land in southern Spain and set about the legal process of buying it, only to then find out that the complexities of The Common Agricultural Policy “make it nigh on impossible to cultivate a new vineyard in Andalucia, the rest of Spain and for that matter most of mainland Europe as well”.

However, “determined to continue in one way or another”, Kevin looked to home again.

He said: “I thought, ‘what the heck’, and learnt how to grow vines properly in the UK.

“In the spring of 2016 I planted again in our field, still only 400 vines – Solaris and Rondo, which varieties adapted to cooler regions.

“But, this time I hope I’m doing a better job. This is the first phase – if it works I’ll plant more.”

Since Kevin has spent so much time in Andalucia over the years, he has found “stunning products” in the region, “each with their own story”, and sells them at his vineyard.

To find out more about Red Wharf Vineyard, and to visit, take a look at www.redwharfbayvineyard.co.uk.