James Martin hosts a cooking show every Saturday on ITV. Today, the chef shared a delicious recipe with audiences: a raspberry pavlova, made from scratch.

James often starts his Saturday Morning show with an easy and quick recipe.

Today, he whipped up a popular dessert, perfect for serving guests at dinner parties and barbecues.

The dessert was a pavlova, made with meringues, cream, and raspberries.

However, James added a unique ingredient to the dessert, saying that it made it a “funky little dish”: Scottish whiskey. 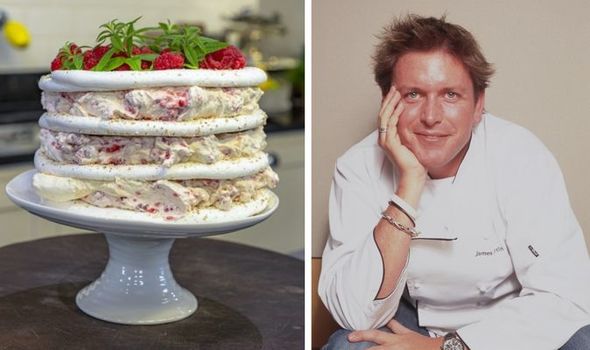 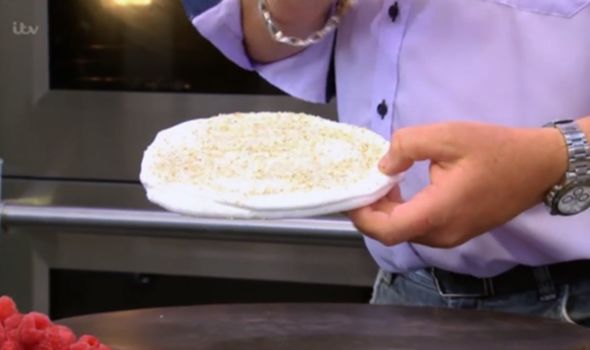 To begin with, James whipped eight egg whites in an electric whisker to make the meringue.

While the egg whites were being whipped, the chef explained how you would go on to create discs with the meringue.

To create the meringue shapes perfectly, James recommended placing a bowl on greaseproof paper and going around it with a marker pen.

Then, he turned the paper over so that the pen doesn’t touch your white meringue once it is in the oven.

DON’T MISS:
Care home staff: Do I have to get the jab? [INSIGHT]
Cleaning: Unblock your toilet without a plunger [UPDATE]
Car rental cleaning: The 5 spots in a rental car you should clean [ANALYSIS]

James explained that there are “so many different varieties” of making meringue.

The method the chef used today included pouring 50g of caster sugar in with the egg whites while they were being whipped.

After pouring in all the sugar, he stopped the whisk and prepared a piping bag to put the mixture in. 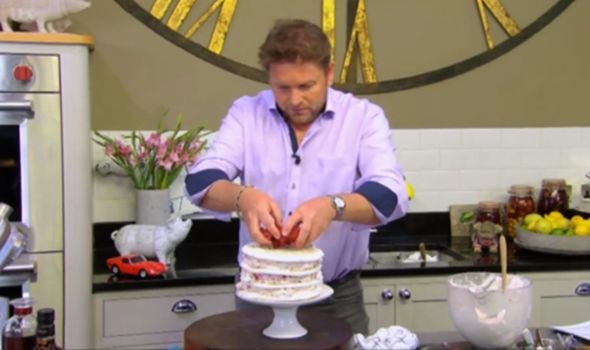 “Fold the bag over to stop the meringue going everywhere,” James advised.

He squeezed spots of the meringue on a baking tray before laying the greaseproof paper on top of it – the meringue will help the paper stick on the tray.

Next, James squeezed the rest of the meringue onto the paper, using the circular shapes he had marked with a pen as guidance.

“It’s all in the hips,” James said, while moving the piping bag around in circles.

“Start from the middle and go all the way around,” the chef added.

He then sprinkled a “little bit” of oatmeal over the top of the meringue discs before putting the tray in the oven on a heat of 100 degrees for a couple of hours.

While the meringue is cooking, James recommended turning your attention to the cream.

He whipped cream in the whisker before adding raspberries to the mixture.

“Soften them up in the cream.”

Then, James added the “funky” ingredient to put a unique twist on the pavlova: Scottish whiskey.

On the programme, James spoke to a whiskey distillery owner based in the Scottish Highlands, whose whiskey James was using for the delicious dessert.

After mixing all the ingredients together, James started to layer the meringue and cream up to make the impressive pavlova.

He started by putting some cream on a plate with a spoon, before placing a meringue disc on top of the mixture.

“Keep going,” the chef said, adding more cream, then a meringue, then cream, to the pavlova tower.

James advised: “Decorate it with more raspberries on the top.”

And there you have it, an easy pavlova to serve the whole family.