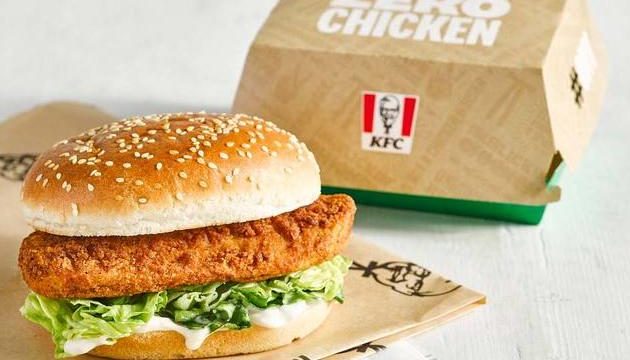 As we look back on the headlines that defined the world of fast food in 2019, two major topics stand out: the proliferation of plant-based alternatives to traditional meats that debuted at places like Burger King and the chicken sandwich wars inspired by Popeyes’ mania-inducing sandwich.

It was perhaps inevitable that the first big fast food product launch of 2020 would find a way to distill those two themes into a single menu item. According to Quartz, KFC is primed to launch a new “Zero Chicken” sandwich across the roughly 900 franchises it operates within the United Kingdom.

This particular take on plant-based poultry was created by a company named Quorn, a UK-based creator of meat substitutes whose process revolves around something called mycoprotein, which is extracted from a fungus and held together by either egg albumen or a potato protein. Naturally, the faux chicken will be coated with KFC’s signature blend of 11 herbs and spices.

WATCH: How to Make Beyond Beef Enchiladas

The fact that Quorn— as opposed to a bigger name like Beyond or Impossible— is providing KFC with their plant-based poultry probably registers as a surprise. While the UK-based company doesn’t enjoy quite the same name recognition as those two companies over here in the states, sales data shared by Quartz and compiled by Bloomberg shows that Quorn ($31 million) wasn’t that far behind Beyond ($38 million) in 2018 sales, though it’s possible that the gap widened in 2019 once that sales data is available.

Though chicken substitutes seem to grab less attention than plant-based beef, it’s worth noting that this isn’t the first such experiment conducted by KFC. Colonel Sanders’ chicken chain tapped Beyond for a no-meat nugget trial at an Atlanta location, with the plant-based bites selling out in a matter of hours.

The fact that KFC is starting the year with a much broader-scale experiment certainly signals that 2020 might just be the year of vegan chicken, much as 2019 was dominated by Impossible and Beyond burgers. Whether or not the Zero Chicken sandwich passes the taste test at a time when consumers expect excellence from fast food chicken sandwiches remains to be seen, but you can bet KFC and its competitors will be eagerly awaiting the results.