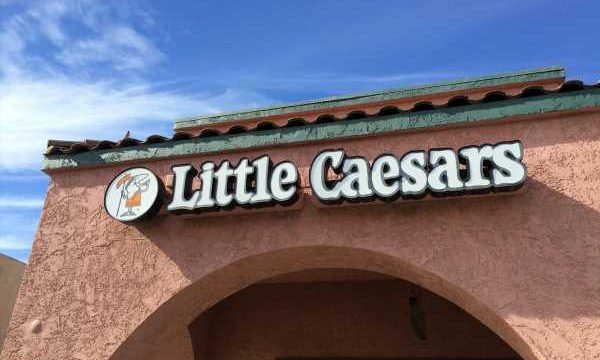 In the toughest times and the darkest hours, there’s one food we can depend on to always lift our spirits: pizza. That might explain why pizza deliveries remain popular during this pandemic, to the point that some like Domino’s are seeing improved revenue.

That’s inspired some of the country’s largest pizza pushers to pay it forward, and now Little Caesars is joining their ranks. This week, the Detroit-based pizzeria chain announced that it will donate and deliver at least one million pizzas to a range of frontline medical professionals and first responders across the country.

A joint effort between the Pizzeria’s corporate office, its franchisees and a non-profit called Ilitch Charities, the first wave of free pizza will be going out to the hungry and hard working staff of Detroit Medical Center this week, with a total donation of about four million meals (seemingly based on the assumption that one pizza feeds four people) to follow in the next few weeks.

For bigger pizza companies with a nationwide reach and less of a need to fight for survival like most smaller, local restaurants, thanking those on the front lines (well, beyond their employees that is) is a no-brainer.

“Hospital staff and first responders are working around the clock to help keep us safe and healthy, and they are true heroes,” Little Caesars President and CEO Dave Scrivano said in the statement: “As a family company, we want to thank all of them in the best way we know how—by delivering a wholesome meal.”

In addition to the existing giveaway plans, Little Caesars customers can also pitch in and show their gratitude. Starting Monday, April 13, customers ordering through the Little Caesars app or website can “Pie it Forward”, which donates a pizza to a local hospital, police station, or fire department. Presumably, these pizza donations would be on top of the company’s existing one million pie pledge.

So if you’ve been looking for ways to contribute something to those making sacrifices to keep us healthy and safe, consider paying some pizza forward. Just make sure you give a generous tip to the frontline delivery person dropping yours off, too.