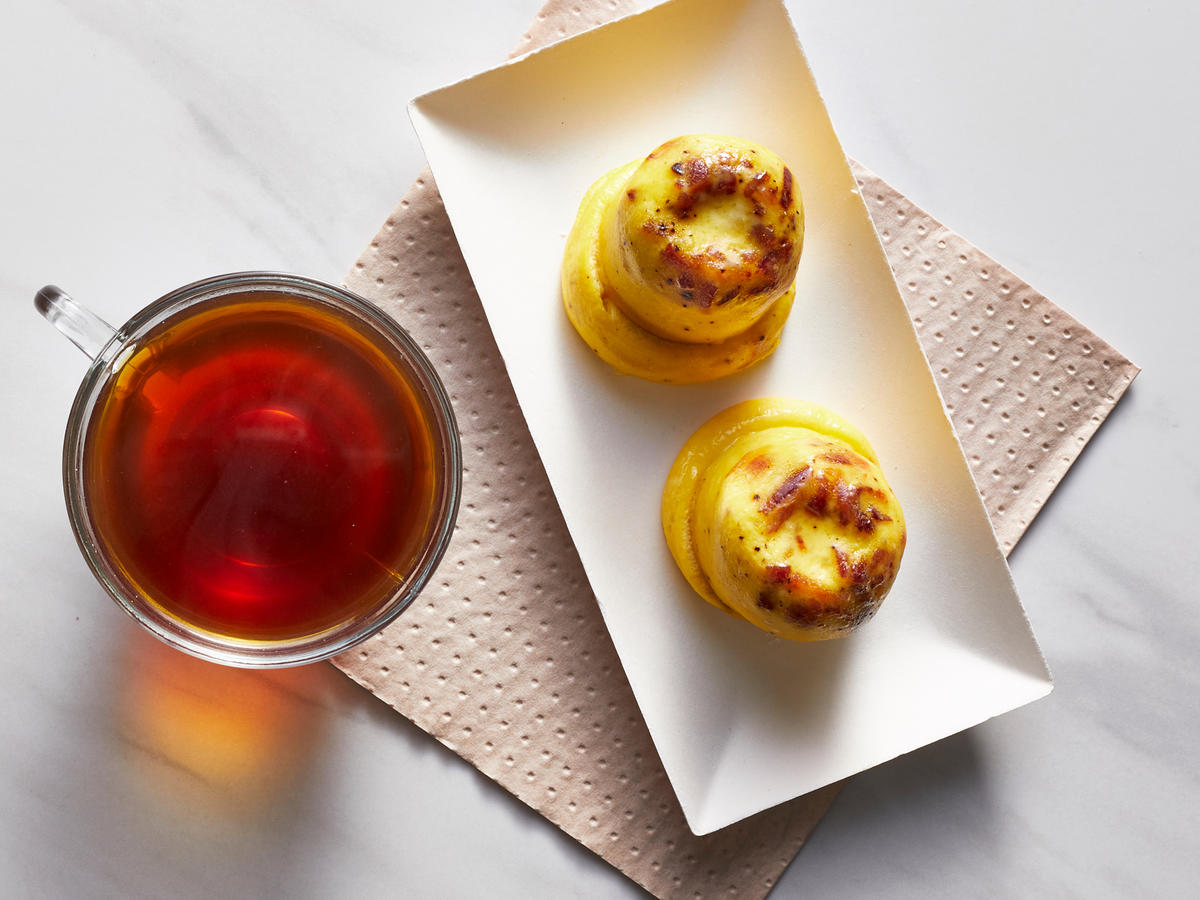 Breakfast is hard. No matter how much I love the meal, I’m not someone who springs from my bed, chipper, ready to face the day. Normally, I scrape myself out of my apartment with the help of at least one coffee, prodded along by the hope of another one at the office. Usually I am wise enough to eat a yogurt or pack something to eat at my desk if I’m really running late but there are some days when I can’t even get that together, and I end up in the line at Starbucks near my office. On those days, the godsend of the Starbucks breakfast line-up are the sous vide egg bites. They’re delicious, and they actually have some protein in them so I don’t collapse slowly like an unlucky souffle in my desk chair by 11 a.m.

I don’t own a sous vide circulator, so I thought that my odds of recreating these perfect nuggets of egg goodness were a lost cause. Until these recipes for Instant Pot copycat Starbucks egg bites arrived and showed me the way and the light. These Copycat Bacon and Gruyere Egg Bites are insanely clever, too—all you do is blend up a mixture of cheese, eggs, bacon, and salt and pepper. Then you set it in your Instant Pot in a mold sprayed with cooking oil and set it to steam for eight minutes, and let it release. The whole process takes half an hour, which is about as long as waiting in line at Starbucks feels at 8 a.m. on a Wednesday morning.

Maybe you’re not eating meat, or you’re just looking for something more in the egg white, rather than whole egg department. We’ve got you covered there too, using a similar method, for these Copycat Starbucks Egg White, Spinach, and Roasted Red Pepper Bites. As with the bacon-laced number, you blend together egg whites with your vegetables, seasoning, and cottage cheese before pouring them into molds and letting them steam in the Instant Pot. They’re easy enough that you can make a bunch ahead of time and have them in your fridge to grab on your way to work if, like me, you don’t usually have it together to heat a skillet when you first wake up. Each recipe makes seven bites, about three morning’s worth of egg bites, depending on how hungry you are. And you get to sleep in that extra, precious ten minutes—or at least grab another cup of coffee.

Get the recipe for Copycat Starbucks Bacon and Gruyere Egg Bites.