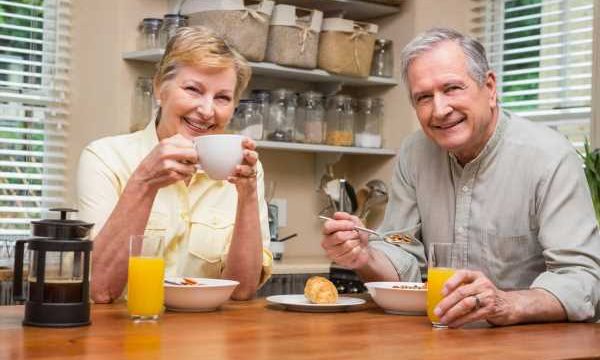 Millennials: a pack of non-homeowning social media addicts who rove the lands killing various industries. Given the size of the demographic, corporations have tried their best to reach these increasingly jaded young people in the hopes of winning their business. But now, at least one major player in the cereal industry has realized that its hope for salvation rests on looking beyond millennials, with the hope of winning over their parents and younger siblings instead.

The problem seems to rest on the fact that millennials aren’t eating much cereal for breakfast anymore. With many of them in or entering the workforce, a preference towards eating on the go (or even skipping breakfast) tends to win out. Simultaneously, the generation’s cereal concerns seem to be less about nutrition than organic ingredients and ethical production (think GMO’s, or a lack thereof).

Conversely, with Boomers retiring, General Mills believes they can capitalize on their nutritionally minded decision making, not to mention the fact that they have time to sit down and eat breakfast again. To that end, they’re pushing a nutritional message via brands like Honey Nut Cheerios, complete with an emphasis on heart health in order to “clearly communicate the health benefits of this product to boomers,” as Jonathon Nudi, group president of North America retail for General Mills, described it in a recent presentation accessed by CNN.

At the same time, the combination of convenience with the veneer of nutrition (not to mention the sugary taste) explains why cereal remains a popular choice for parents looking to feed young children. Among the school-aged crowd, cereal is much more likely to be a part of a standard breakfast than it is for their millennial counterparts. Alongside Boomers, General Mills’ Nudi points out that “some of the highest levels of per capita cereal consumption” are observed in this age bracket.

The emphasis on those categories could be good news given current demographic trends. A Census Bureau estimate suggests that adults aged 65-plus are projected to outnumber those under 18 by the year 2035. The number of US children, which has shrunk slightly over the course of this decade, is expected to rebound from a 2017 low of 73.7 million, to hit 75 million by 2025.

With so much consternation these days over how to “reach” Millennials, it’s interesting to observe that at least one major player in the food world is realizing it might just be better off without them. It’s too early to tell if this is any kind of winning strategy, obviously. But if you were born between 1981 and 1996, don’t be surprised if you feel pretty alienated by what you see in the cereal aisle soon enough.