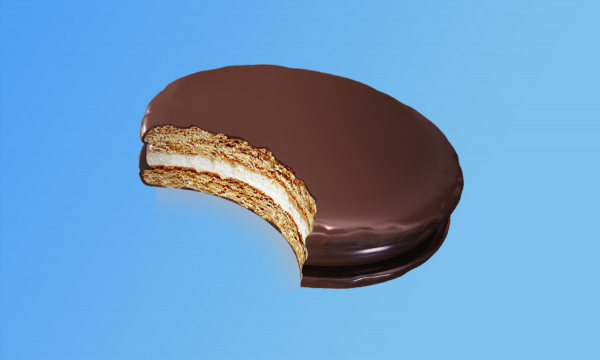 Assuming you believe Neil Armstrong’s walk on the moon wasn’t faked, this July marks the 50th anniversary of mankind’s giant leap. The one thing that’s undeniably real about this space race Golden Jubilee, however, is that it’s going to involve one very large Moon Pie.

The visitor complex at the Kennedy Space Center in Cape Canaveral, Florida, is celebrating the time astronauts landed on that big rock in space that controls the tides with what will go down as the world’s largest Moon Pie. The plan is to construct a 60-pound version of the chocolate, marshmallow, and graham cracker treat that measures around 41 inches in diameter. Given that a single Moon Pie weighs in at 57 grams, this monstrosity is essentially 477 times bigger than the regular serving.

And lest you fear this is some sort of unsanctioned event, it seems like Moon Pie (the company) will be involved in making this particular Moon Pie. The treat company, which launched in 1917, wasn’t inspired by space itself as much as a desire to make a snack “as big as the moon” for coal miners to eat.

If you’re in Florida and find yourself wanting to participate in one of the greatest dessert-based endeavors ever undertaken by mankind, you can actually get yourself a bite of this Moon Pie. On July 20th, the Kennedy Space Center will hold a ticketed event dubbed “One Giant Leap,” which will give folks the chance to see—and even eat—this astronomically large snack.