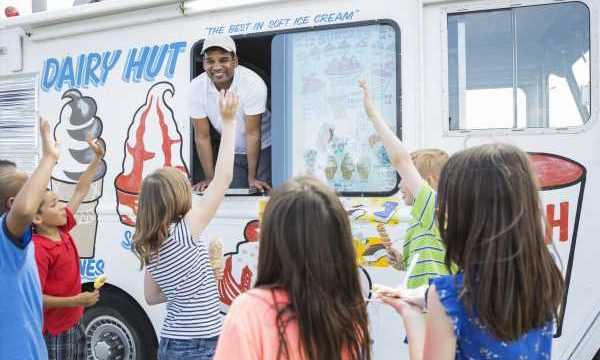 New York City summers are known for their oppressive heat, withering humidity, and the pungent smell of hot trash. It’s no wonder that ice cream trucks do big business in the Big Apple as the mercury rises, especially in heavily trafficked areas like Midtown Manhattan.

However, it would seem City Hall isn’t so sweet on the shady tactics used by some ice cream vendors. This week, 34 ice cream trucks (with possibly more to come) have been towed by the city as a part of what’s being called “Operation Meltdown.” The move to seize the trucks comes in response to what Mayor de Blasio’s office says are more than 22,000 unpaid tickets (like running red lights and blocking bus lanes and fire hydrants) worth almost $4.5 million in fines

A civil complaint filed in Manhattan’s State Supreme Court this week explains the precise details of these violations, pinpointing tourist hotspots like Rockefeller Center and the Metropolitan Museum of Art as frequent problem areas. Additionally, the complaint alleges that many ice cream vendors engaged in an elaborate game of cat and mouse when it came to dodging tickets. Vendors would frequently create shell companies and then re-register their trucks at the DMV in the winter to evade the fines.

Truck owners “sought to evade enforcement of our traffic laws through an elaborate shell game, transferring ownership of their ice cream trucks between and among dozens of phony companies, effectively shielding their trucks from fines and seizure,” New York City corporation counsel Zachary Carter told the New York Times.

To Mayor Bill de Blasio, who’s currently engaged in what could be charitably described as a longshot presidential bid, Operation Meltdown dovetails with the city’s broader “Vision Zero” plan to reduce traffic fatalities and make its streets safer. “No New Yorker is above the law—especially those who try to ignore public safety laws and create dangerous situations for pedestrians, bikers and drivers," the mayor said, according to CNN.

Though the systematic evasion of fines is an extreme case, some advocates for street vendors see the issue as symptomatic of New York City’s inability to help the ever-increasing number of food and ice cream trucks find a hassle-free space to operate.

“There’s no viable place for food trucks to park in the city,” Matthew Shapiro, the legal director for the Manhattan-based Street Vendor Project told the Times. “The city cracks down on the trucks, but they refuse to look at this issue and find a way to allow these folks to park.”

So does Operation Meltdown mean that New Yorkers and visiting tourists are in for a cruel summer? Mister Softee trucks should still be on the road, owing to what the Times says is a company policy requiring franchisees to pay tickets in a timely manner. Still, barring any meaningful effort to address New York City’s ongoing congestion problems, it sounds like the war between City Hall and soft serve purveyors might just be heating up.