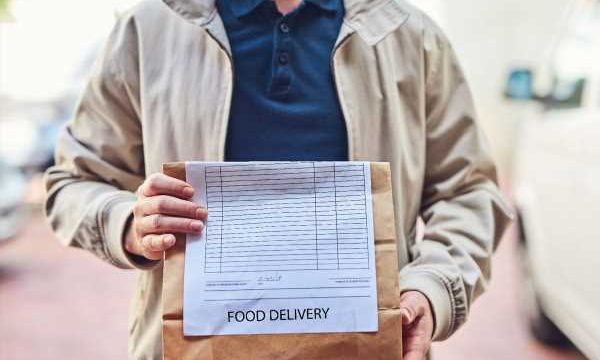 Imagine this scenario: You swing through the drive-thru of your favorite fast food restaurant. After grabbing your order, you sit the bag shotgun, but the alluring waft of French fry smell quickly fills the car. Do I even need to ask what happens next? Of course you dig in for a drive-home fry. Now imagine you're a food delivery driver, facing this scenario multiple times a day, every day. And unlike the drivers of yore, you don't work for just one restaurant: Every stop brings the potential of a new temptation.

Keeping that in mind, you probably shouldn't be surprised that new data from the foodservice distributor US Foods shows that, yeah, restaurant delivery drivers want to eat your food. If anything, the number is lower than it should be: Only 54 percent of deliverers said they were "often tempted" by the smell of the food they were delivering. Frankly, that sounds more like an indictment of the places you're ordering from than the drivers. Order more tempting food, people!

But on the flip side, as for what percentage of drivers actually do the dirty deed, a surprisingly high 28 percent say they've taken food from an order. That's "ever" — meaning it's not a quarter of orders that have had a fry snatched — but still, the idea that more than one in four drivers have engaged in a bit of petty theft even once is a bit upsetting.

Apparently those drivers are doing a good job of hiding it though: Of the customers polled, only 21 percent say they've suspected a driver has stolen some of their grub. And at least some diners simply aren't that uptight, depending on what was taken: On a scale from one ("no big deal") to ten ("absolutely unacceptable"), when people were asked how they'd feel if a driver stole "a few fries," the overall average was 8.4, meaning at least some people offered some leeway — though I could imagine that number rising if the question was changed to "half your burrito."

Regardless, things can't be too bad: On US Food's list of "Top Complaints" from delivery customers, "drivers keep eating all my food" was nowhere to be found. And ask yourself, would you prefer it if a top complaint was "the robot drivers don't eat my food but they became sentient and now rule the world?"