Many of us are regular consumers of rice – on average, as a nation we consume 150million kg of the stuff per year. Around 90 percent of households in the UK buy rice – so why does rice have arsenic in it?

Arsenic is an element in the Earth’s crust that’s naturally found in the air, water and soil, so the fact that it is in rice isn’t entirely alarming.

Arsenic can however also be a result of human activity, such as mining or the use of certain pesticides.

Arsenic is classed as a group one carcinogen by the International Agency for Research on Cancer, and exposure has been linked to developing the disease.

Studies have also linked high prolonged exposure with adverse health effects in multiple organs, including the heart, stomach and kidneys.

So the presence of something as dangerous as arsenic is worrying when it’s in our everyday foods. 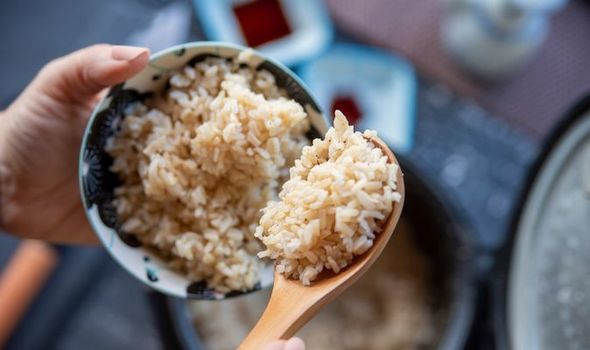 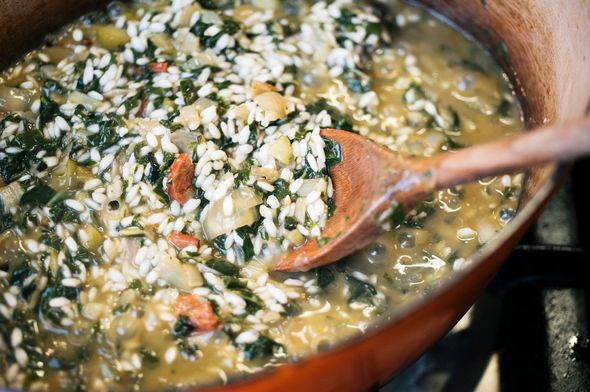 Why does rice have arsenic in it?

Arsenic occurs naturally in soil, and in very low amounts it is not lethal to humans.

Inorganic arsenic is classified as a category one carcinogen by the EU, meaning that it’s known to cause cancer in humans.

Because arsenic exists in soil, small amounts can get into food, though in general these levels are so low that they’re not a cause for concern. 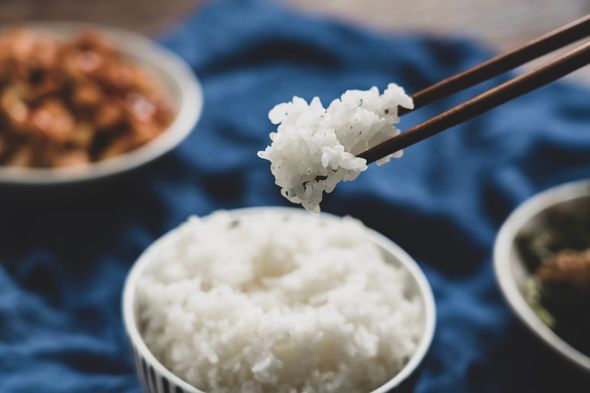 Rice however, is different from other crops, because it’s grown under flooded conditions.

This makes the arsenic locked in the soil more readily available, meaning that more can be absorbed into the rice grains.

Rice can contain around 10 – 20 times more arsenic than other foods.

DON’T MISS
800 calorie diet: Is it healthy to lose a stone in 21 days? – [ANALYSIS]
Vitamin B12 deficiency: What does your skin look like? Spots to avoid – [INSIGHT]
Weight loss: Why eating more protein is the key to losing weight  – [REPORT]

Is this something to be worried about?

A recent University of Sheffield study found a significant proportion of rice found in UK supermarkets contains arsenic above EU regulations for children.

The research published in the journal Ecotoxicology and Environmental Safety found 28 of 55 ice samples contained more than 0.10mg of arsenic per kilogram of dry uncooked weight.

Rice and rice based products are commonly used in baby weaning products due to other nutritional benefits and low allergic potential. 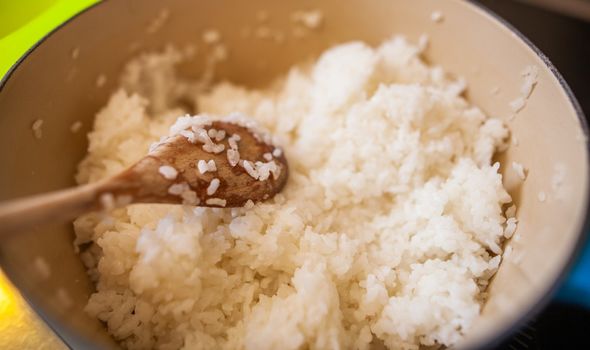 But according to the European Food Safety Authority, children are two to three times more susceptible to arsenic than adults, due to their low body weight.

While the threat of arsenic in rice isn’t an overwhelming threat to your everyday health if you eat in semi regularly, there are several things you can replace it with easily.

Amaranth, buckwheat, millet and polenta have almost no levels of arsenic.

Bulgur, barley, and quinoa has a lower level of arsenic than rice.