As Britain is forecast to bask in a continuous bout of warm weather this summer, there is no doubt that parks and gardens will see an influx in picnics and BBQs over the next few weeks. However, as fun as the novelty of al fresco cooking, preparing, and eating might sound, it’s crucial to be aware of the potential risks involved and the best ways to mitigate them.

If food items aren’t prepared, handled and stored correctly, hidden hazards can fester, which could leave you dealing with the unfortunate consequences of a foodborne illness.

Leaving food out for too long in improper temperatures, especially under direct sunlight, will increase the chance of it growing harmful bacteria.

Head Chef at Donald Russell, Eddie McDonald, told Express.co.uk: “With most food, what we call the ‘danger zone’ is between 8C and 60C.

“This is where a lot of the harmful bacteria, such as E.Coli and Salmonella thrive – two guests no one wants at their picnic! But, there are a few foods that you want to avoid leaving out in the hot summer sun.

Here are the five foods to avoid, and some great alternatives to replace them with. 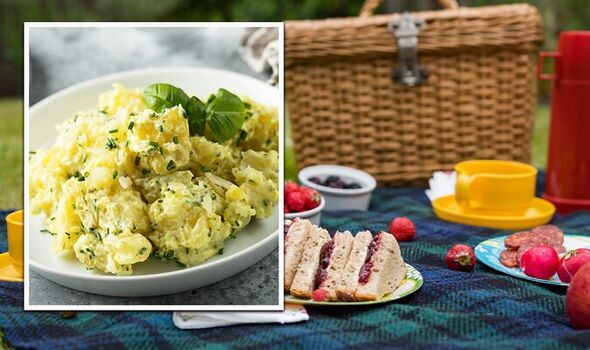 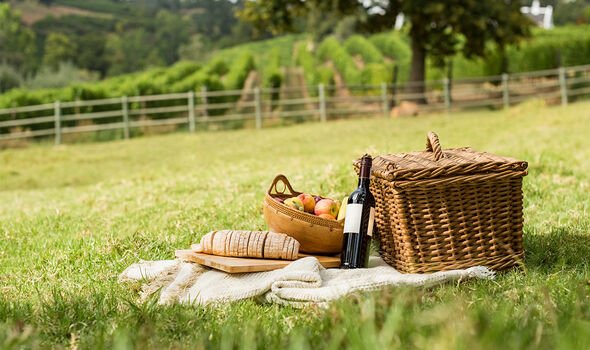 Nataly Komova, RD and fitness expert at JustCBD told Express.co.uk: “Any food dressed or topped with mayo salads, from meats, potatoes, and fish to pasta should be avoided when having BBQs or picnics.

“Mayo-based salads need to be stored in cool places, which is quite the opposite in picnics.

“The increased exposure to warm temperatures can make the foods spoil faster, heightening the risk of stomach upsets.”

But it’s not all doom and gloom, there are alternative and equally tasty salads you can make instead.

Mr Mcdonald said: “You don’t have to miss out on potato salad and coleslaw. Make them with a mix of oil, vinegar, and herbs for something different that won’t make anyone ill.”

Meat left in the sun for too long

Raw meat, when left out in the sun, poses a very high risk of foodborne illness making it crucial to be aware of how long you can keep this out before it becomes inedible.

Mr Mcdonald said: “If you’re doing a barbecue, try not to leave raw meat unrefrigerated for more than an hour.”

Bacteria like Staph, E.Coli, and Campylobacter can multiply rapidly on these items leading to an unwelcome bout of food poisoning.

Take extra precautions by not leaving raw meat out in the sun and putting it straight on the grill, and washing up all plates and cutting boards it might have touched immediately.

Dairy products such as cheese, milk and butter can also spoil quickly in the sun. 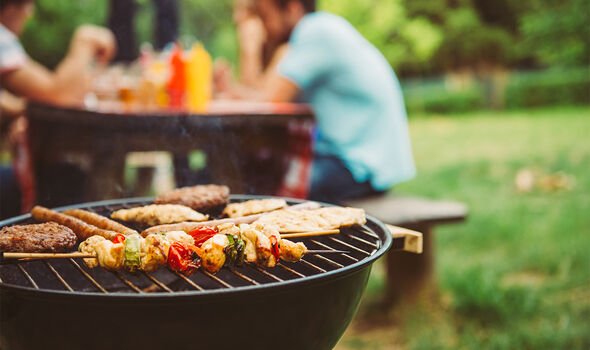 Mr Mcdonald said: “They may not be as dangerous but will still leave you regretting your decision to eat them.”

The rate that cheese starts to go bad very much depends on its water content meaning the more moisture, the faster it’ll spoil.

Mr Mcdonald said: “If you stick with hard cheeses, these will stay good for longer due to the lower cream content.”

As harmless as it might look, rice can be a risky source of food poisoning.

Uncooked rice can contain spores of Bacillus Cereus and these spores survive heat. When the rice cools down, the bacteria spores grow and produce a toxin that can result in illness.

Mr Mcdonald said: “Rice is well known for being a risky food to keep out of the fridge – best to replace it with couscous or quinoa.”

Wine is another item to watch while out in the sun, as extended periods of time spent in high temperatures can leave a slightly sour taste in your mouth.

Mr Mcdonald said: “While it might not make you ill, the heat will increase the tannin content and leave your wine tasting bitter and nowhere near as enjoyable.”

There isn’t much research on exactly how long wine can survive in the heat, but it’s best to keep it in a cooler and well away from direct sunlight.

What are some other safe and tasty alternatives?

There are a number of foods that won’t spoil in the sun, and these naturally include those with much lower water content.

Mr Mcdonald said: “Some good ideas for food that won’t spoil in the sun are dried foods.

“Raisins and other dried fruits will stay just as tasty, as will dried meats such as salami or pepperoni.

“Popcorn is also a tasty treat that can be sweet or savoury and keeps nicely all day long.”