The Queen’s pastry check has revealed the secret recipe for the royal mince pies enjoyed each Christmas by the Royal Family. Each year, the family indulge in a number of classic festive traditions such as opening their Christmas presents on Christmas Eve, enjoying a performance by local carol singers, walking to church for the Christmas Day service and above all, enjoying mince pies. For those hoping to make the Queen’s mince pie recipe, Express.co.uk has compiled an easy guide.

Historically mince pies, like Christmas puddings, were filled with meat, such as lamb, rather than dried fruits and spices as they are today.

Traditionally, mince pies were also made in an oval shape to represent the manger that Jesus slept in as a baby, with the top representing his swaddling clothes.

During the Stuart and Georgian ages, mince pies became a status symbol for the Christmas period, with the richest in society showing off her opulence by having pies made into different shapes.

A custom which dates back to the middle ages says if you eat a mince pie every day from Christmas to Twelfth Night (January 5), you will have happiness for the next 12 months. 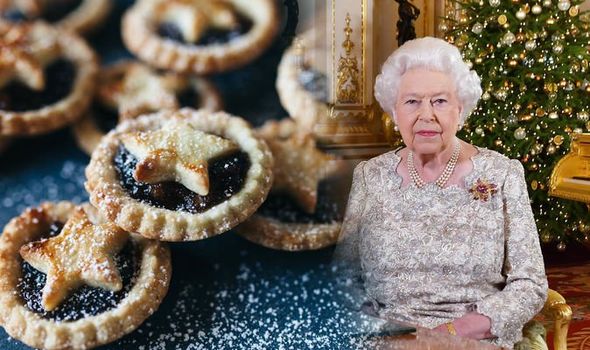 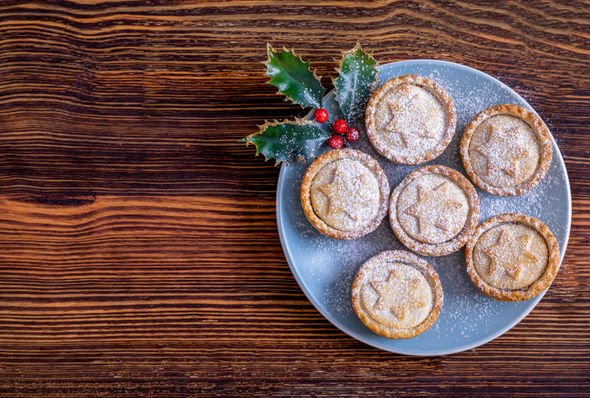 In contemporary times, mince pies are commonly used as the treat left out for Santa Claus by children on Christmas Eve.

Mince pies are said to be Father Christmas’ favourite food, and children would leave one or two pies on a plate along with a glass of brandy, sherry or milk, and a carrot for the reindeer as a sign of gratitude for leaving presents in their stockings.

When it comes to the Queen’s mince pies, everything is handmade months in advance by a dedicated team at Buckingham Palace.

But how exactly can you make the Queen’s recipe? 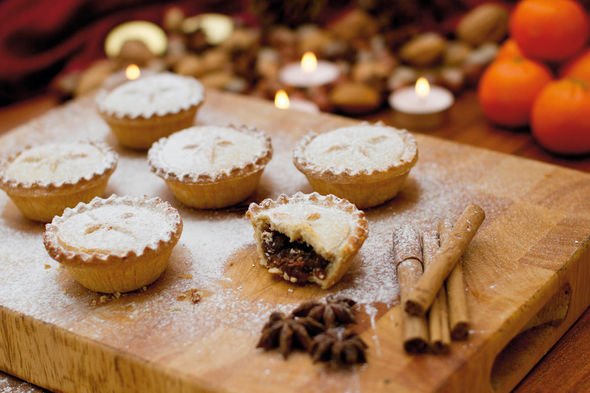 zest and some juice of 1 unwaxed lemon

zest and some juice of 1 unwaxed orange

Egg washed for sticking lids on the bases

Granulated sugar for the top of the mince pies before baking

To make the Queen’s mince pies, you need to place all the dry ingredients into a large mixing bowl and stir.

You then need to add all the liquid and grated apple, before allowing to soak for at least one week in a 1kg Kilner jar sat in the fridge or pantry.

Once your mince pies have marinated nicely, you need to preheat the oven to 190C (375F, gas mark 5).

Next, you should roll the sweet pastry into a sheet approximately two to three mm thick, place on a tray, and allow to rest in the fridge.

Once rested, cut the tops and bottoms for your mince pies using fluted or plain cutters (selecting sizes to fit your tin).

Place the pie bases into the tin and prick them with a small knife or fork to prevent the pastry from rising during the baking. 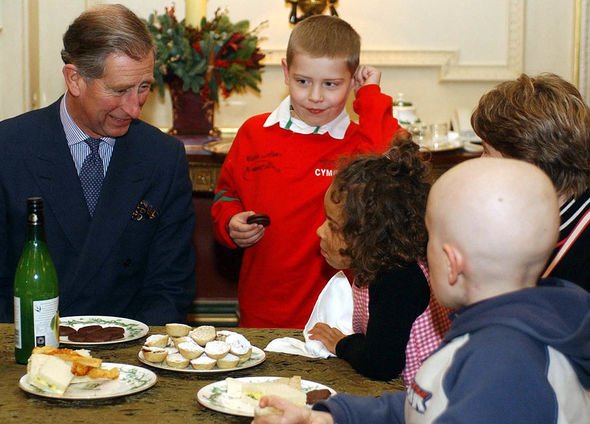 Spoon a teaspoon of the homemade mincemeat into the base and egg wash the edge of the pastry to enable the lids to stick.

Then place the mince pies in the fridge to rest for another 30 minutes, before adding a pastry top to each, egg washing it and pricking a small hole in the top to allow the steam to escape, then sprinkle each with granulated sugar.

Place the baking tray on the middle shelf of the preheated oven and bake the pies for about 15 minutes, or until the pastry turns golden and the mincemeat starts to boil slightly.

Remove the pies from the oven and allow to cool slightly before taking the pies out of their tin.

Sprinkle the mince pies with icing sugar and serve immediately.

You can add an extra festive feel by using a star or holly-shaped cutter for the mince pie tops.

Each year, the royal kitchens create more than 1,200 mince pies for each of the festive receptions held at the royal Palaces around Christmas.

The first is slightly smaller than the traditional, with flaked almonds, brushed with egg whites and icing sugar, to add texture.

Another version is made with puff pastry.