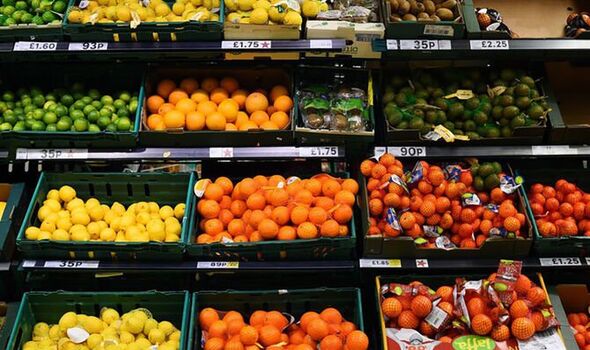 The woman spotted certain packs of oranges, satsumas and mandarins were labelled as non vegan both on the label and online. Tweeting about her reaction yesterday, she wrote: “I am shocked to find out that the oranges I was trying to buy all day are not vegan. Pfft.”

It’s emerged wax is applied to some Tesco oranges, including its Emperor variety, to keep them fresh after harvest. It contains shellac, a resin secreted by the female lac bug on trees in the forests in some parts of Asia.

Tesco says this is a common treatment for conventional citrus packing in the industry.

But the news angered the shopper, and other vegan customers, who took to Twitter to share their surprise today.

One shared: “I’ve no words to describe my anger.”

Another posted: “I’m shocked and shaken.”

A third stated: “It’s clearly an issue that a fruit that comes with it’s own protective barrier is now being covered in waxes and chemicals… We’re slowly killing ourselves and the planet.”

Another wrote: “When fruit isn’t suitable for vegans you know something bad is happening.”

Non-vegan fruits are also being sold in Marks and Spencer and Morrisons, reports My London.

Some supermarkets use chemicals, often pesticides, to make fruit look and grow better.

Imazalil – banned in all but tiny amounts – is the common non-vegan item used by growers on their fruit and veg. The E904 version of the chemical, as it will be shown as on any label, is made of shellac.

Propiconazole, banned apart from tiny amounts by the EU as it is hazardous to health, is used as a pesticide on fruit and vegetables. As the UK has now left Europe, Propiconazole is no longer regulated as harshly.

Tesco said all their oranges are suitable for vegans but some are labelled “non-vegan” due to the wax. The supermarket giant is working with growers to develop a vegan-friendly alternative.