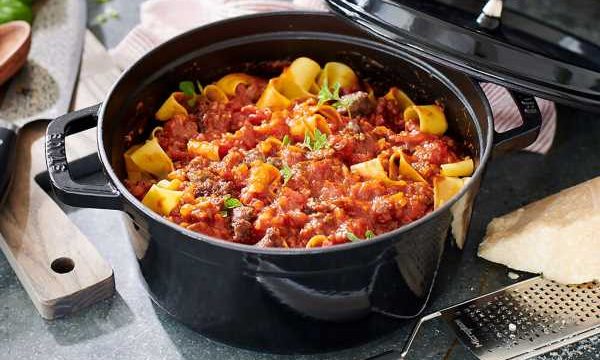 Now that Christmas is over, you might think the deals are done. But not so! Between now and New Year’s, stores are clearing out inventory by slashing prices across all departments, and that includes kitchenware from some of our favorite brands. It’s the perfect time to pick up cookware, stand mixers, knife sets, and more — especially if you happened to get a gift card or two under the tree.

A couple of retailers have already caught our attention: Nordstrom kicked off its incredible Half-Yearly Sale with up to half-off of kitchen and tabletop essentials, and Sur La Table is staging its own after-Christmas event with 75 percent off big-ticket appliances. Plus, we’ve also seen deep discounts from Walmart and Amazon on brands like KitchenAid, Cuisinart, and Zwilling.

To make things easier for you, we’ve rounded up nine kitchen deals we think are worth getting. From a mortar and pestle with thousands of rave reviews to a stand mixer our writers swear by, these are must-haves for any kitchen. But you don’t want to dawdle—the sales won’t last long! Scroll down and shop your favorites ASAP.

ChefSofi Mortar and Pestle Set: 32% off