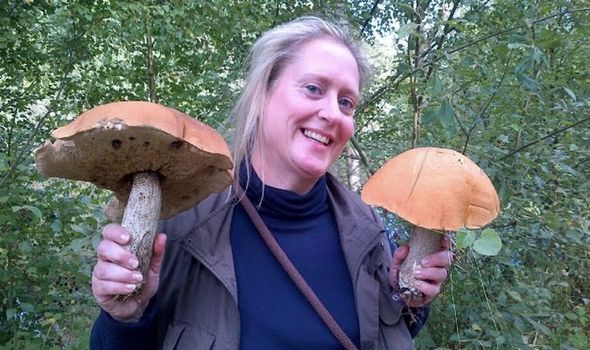 Succulent berries, nuts and tender green leaves – nature delivers the goods whether we’re in lockdown or not. And no one is more appreciative of that than Alysia Vasey. The professional forager is an expert on the wild flavours to be found in our countryside and has worked with some of the world’s most accomplished chefs.

“I’m at my absolute happiest wandering through the woods in search of plants, fruit and other edible delights with our chocolate labrador Fred,” says Alysia, 51.

“But I never imagined I would make a career out of supplying top restaurants with wild food.”

For Yorkshire born and bred Alysia, foraging goes much deeper than merely a way of earning a living.

She owes her passion to her 95-year-old grandfather, who passed on the skills he refined out of sheer necessity. Dan Szperka was 14 when the Second World War broke out in his native Poland.

And when he and his brother were found helping prisoners, they were rounded up but escaped by jumping from the truck taking them to the camps and hiding in woods.

“For almost a year they evaded capture, sheltering among the trees and living off the land,” says Alysia.

“They picked mushrooms, trapped rabbits and found herbs that kept them alive. The Nazis never stopped looking for them and to avoid being hunted down they strayed deeper into the woods.”

“Every time I heard this story growing up, I admired my grandfather’s bravery. For them, foraging wasn’t fun, it was a matter of life and death.” 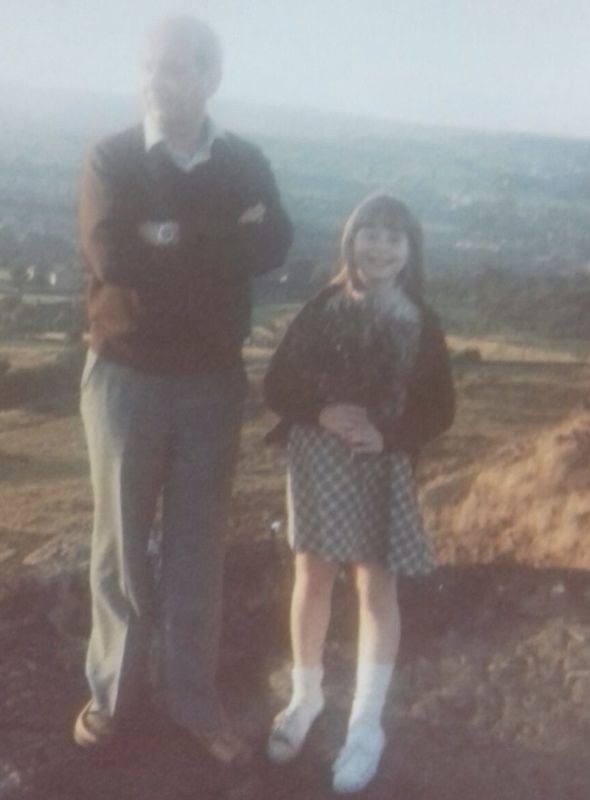 After eight months the brothers found their way to Polish soldiers and after the war Dan moved to England and worked in a Yorkshire carpet mill, where he met Alysia’s grandmother, Winnie, now 92.

They live close to Alysia and her husband Chris, 58, in Doncaster.

“Some of my earliest memories are of wandering through the woods with Grandad,” Alysia says.

“Depending on the season and the weather, we’d come home with basketfuls of mushrooms, sorrel, young dandelion leaves, wild garlic, bilberries, blackberries, the woodland raspberries that were his favourite, or sweet chestnuts and beechnuts.”

“We’d have fingers, faces and clothes bright blue from gathering berries but always return with big grins. I can remember picking acorns and eating them from a tree.”

“I don’t remember Grandad teaching me – I just copied him and by doing what he did I began to learn.”

It was many years before she realised she could make a career out of foraging.

At 19 Alysia joined the Royal Navy and worked as an aircraft ­engineer for five years. Then she studied law and politics and was a finalist in a national competition to find the lawyer of the future. She later worked for P&O.

“It just didn’t feel right and office work made me feel penned in. Nature was always my sanctuary,” she says. 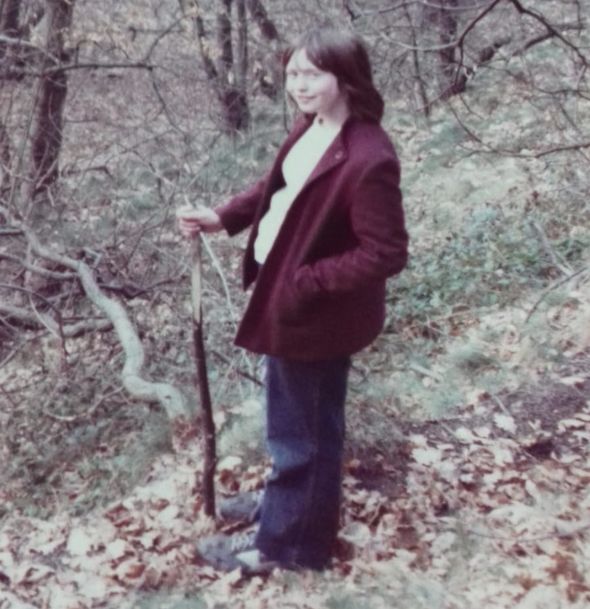 “But I never imagined I could launch a career thinking, ‘I know, I’m going to pick weeds for a living.’ But things have a way of finding you – if you let them.”

By 2005 Alysia had met Chris, a steel rope maker, who she wed in 2016 and it was about 2006 when she realised her childhood foraging was the key to her future.

“I had this idea to train our dog, Freddie, to be a truffle hound. So I planted some rogue truffle trees and while doing that I spotted some giant puffball mushrooms.”

“I decided to put the information on a mushroom spotters’ website and was ­contacted by someone called Mushroom Martin, who sold this sort of thing to top London restaurants. He was so ­impressed by the stuff I could get my hands on and I realised there was a market for it.”

After some research, Alysia discovered more than 100 edible – and marketable – delights she could pick locally.

She spent the next few months poring over books, taking her knowledge to a professional level and set up business as Yorkshire Foragers in 2010.

Now, she, Chris, and other family members work from March to December, gathering locally and sorting the produce in her special foraging shed.

“We know where the best spots are so we can usually get a lot done quickly,” Alysia explains.

“I can go bilberry picking and get five kilos while most people are still filling up one tub. But that takes years of experience.” 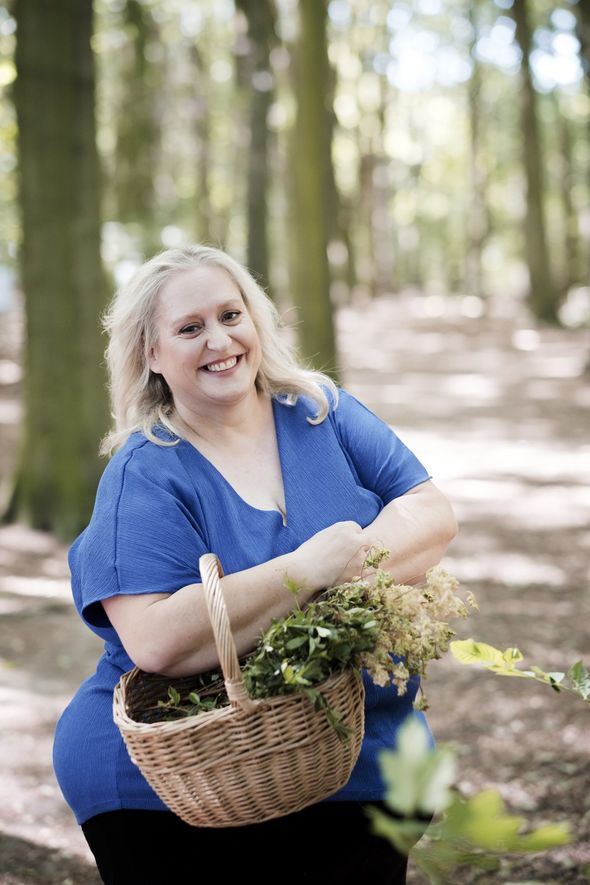 “People think it’s all cash in hand but it isn’t. It’s a legitimate business. A kilo of nettles is worth £35, which surprises most people because we know nettles are everywhere.”

“But it takes about 40 minutes to turn it into usable produce.”

“I take the plants home to my foraging shed then snip each leaf individually, checking for bugs and moth or butterfly eggs. We don’t wear gloves because we build up immunity from being stung.”

“Within a week of picking nettles, you don’t feel it. Your body gets acclimatised.”

Alysia has appeared on James Martin’s Saturday Morning and Countryfile but shrugs she “never watches herself on TV, it would be too distracting.”

She’s more proud of the fact she supplies many Michelin-starred restaurants with foraged produce.

“Having the respect of the country’s top chefs means the world to me – and they’re very loyal so they take us with them wherever they work.”

“His langoustines in a rosehip broth is simply the best thing ever,” she says. “And I like to knock up a mean wild garlic risotto myself, washed down with a lovely glass of wine, of course.” 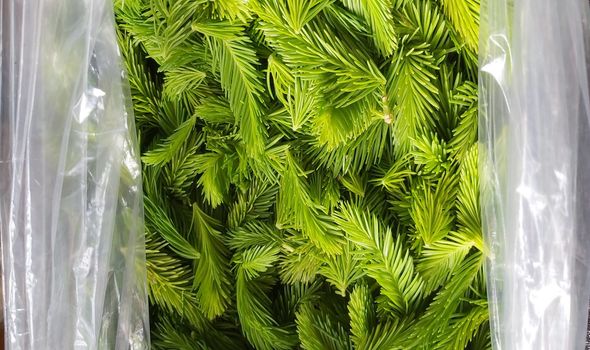 In her years of foraging she has never eaten anything poisonous.

“I’ve never picked the wrong thing or made myself sick. We don’t have that many poisonous plants in this country so you’ve to be really unlucky if you get one of those,” she reveals.

“People ask me about ‘magic mushrooms’ but I’ve no interest in those. My brain is the best thing about me – I don’t want to mess with that.”

Alysia also has very strict rules about how much she picks.

“I try to take about 10 per cent of what grows. It’s ­important to ensure there’s always enough for me the next year. Foragers have been accused of ruining the environment in the past, but it’s about nurturing the environment.”

While the rest of the UK started panic buying at the start of the coronavirus outbreak, Alysia calmly took her shopping bags to the woods, knowing she could live off the land.

“It worries me that people have such a reliance on supermarkets and the supply chain,” she admits.

“About 100 years ago your nan was still making raspberry jam and pickling things and drying things out for the winter. If you lose touch with nature, what are you going to do when it’s winning?”

“Going back to the olden days of growing stuff yourself is the way forward. Even a tiny bit of outdoor space can house a garden box and then at least you can grow the basics for a soup every day.”

Alysia’s grandfather is proud of his defining part in her successful career but mystified that foraging is now fashionable.

“It does make me laugh when Grandad says to me, ‘What’s this four ageing then?’ I tell him, ‘It’s called foraging, Grandad, but it’s just a trendy word for getting something to eat from the woods, like we used to do.’”

Alysia Vasey’s book, The Yorkshire Forager (£20, Headline), is out on Thursday.