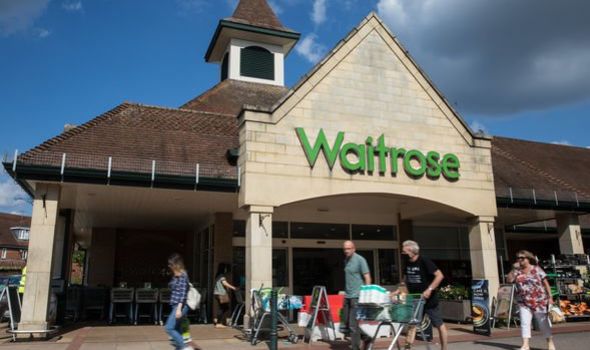 The recent announcement comes as the retailer explores further plans to reduce its use of plastic. The move will also see other carrier bags in stores replaced with a more sustainable option.

As part of the move, Waitrose will replace 10p Bags for Life with 50p reusable bags, which will be fully recyclable and a lot more durable.

The retailer said its decision to implement the plan was influenced by findings from its own research which found a large number of 10p bags were only getting used once.

The scheme is set to be implemented from September 27.

On the same day, the retailer will reinstate a service where customers will have the option of having their shopping taken into their homes by delivery drivers.

Due to the pandemic, the service was temporarily banned.

However, customers still have the option of taking in their shopping themselves, or can have it left on their doorstep.

Earlier this year, Waitrose announced a number of environmentally-friendly approaches as it looked for more sustainable schemes to adopt within the business.

As part of a trial, the supermarket chain removed the use of plastic from its strawberries and replaced the containers with “Air-Light” punnets.

The sustainable packaging now consists of 80 percent of recycled material.

The packaging also contains a cushion design to protect the fruit, and the bubble pads can be removed.

The retailer had estimated the move would reduce its plastic usage of 16.89 tonnes during the summer.

In March, Waitrose announced its decision to stop selling children’s magazines which came with plastic disposable toys in a bid to tackle pollution.

The retailer pledged to introduce the ban after being inspired by Skye, a 10-year-old girl from Gyenedd in Wales

The youngster campaigned to encourage magazine publishers to stop selling their products with free plastic toys.

The supermarket giant said their decision was also influenced by the fact that the plastic children’s toys were not recyclable.

Other measures aimed at reducing the use of plastic has seen Waitrose reduce the amount of packaging on its Easter eggs by almost half.

In February, the retailer announced the packaging would only consist of recycled materials.

After the move was deemed a success, the retailer decided to sell multiple-buy grocery tins in cardboard sleeves or sold loosely.