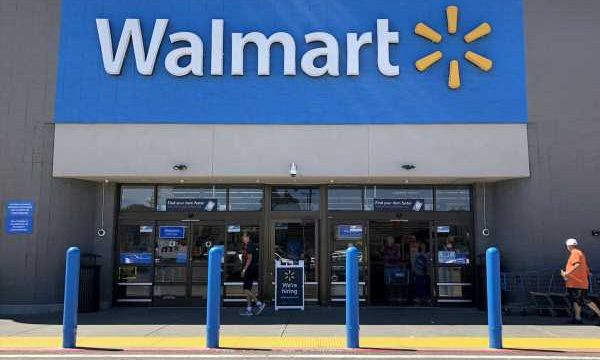 At this point, it’s safe to say that America’s response to the current pandemic has lacked any kind of clear, coherent guidance from the federal government. That’s forced states, cities, and even businesses to take matters into their own hands to keep people safe.

While many have already adopted mandatory mask policies, one recent (and frankly belated) decision from Walmart could prove to be a real test over just how politicized mask-wearing has become.

Starting on July 20, Walmart locations across the countries will mandate mask wearing for all shoppers. The order will take effect nationwide, overriding whatever local ordinances are in place. According to Walmart's blog post announcing the policy, just under two thirds (65 percent) of the 5,000 Walmart and Sam’s Club locations in the US are located in jurisdictions where public mask-wearing is already required.

WATCH: Here Are the Restaurants That Are Doing Well During Coronavirus

In order to ensure compliance, Walmart will post clear signage at store entrances, and also enlist the help of a “Health Ambassador” whose job it will be to remind customers of the policy—and bear the brunt of outrage from those who consider masks to be some sort of George Soros-led hoax. At Sam’s Club locations, complimentary masks will be available for members, and they’ll also b e available for purchase inside.

The decision comes after other major retailers have issued their own mask mandates. Last week, Starbucks said that masks would be required at its 9,000 company-owned locations. Costco did the same back in May. Leaders of the US Chamber of Commerce, the National Retail Federation, and other major groups sent an open letter to the president and others asking for greater leadership and clarity on mask policies.

While there’s mounting evidence that wearing a mask is an easy way to limit the transmission of Covid-19 at a time when more than 3.3 million Americans have now tested positive, don’t expect a mask ordinance issued by Walmart to go unopposed. You don’t have to spend too much time on social media to see evidence that masks are sadly the latest flashpoint in our (often very dumb) culture wars. Given the sheer number of Walmarts across the country, it’d frankly be shocking if there isn’t a viral video or two of someone angrily refusing to comply with the new policy once it takes effect.

Those kinds of incidents suck, but it’s ultimately a small price to pay if masking up keeps both customers and employees safe. Donning a mask for your half-hour (or less) trip to Walmart might feel uncomfortable and oppressive to some. But I can assure you that it’s a lot less of an inconvenience than being placed on a ventilator.