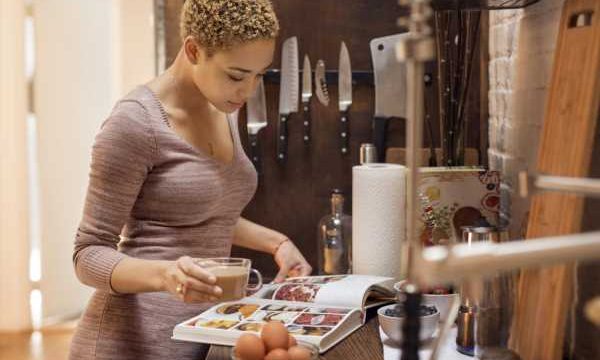 When my grandmother passed away, I inherited most of her cookbook collection. This treasure trove included stalwarts like The Joy of Cooking, contemporary classics like The Silver Palate, and outliers like The Vincent and Mary Price Cookbook. She and I always loved to page through cookbooks together, finding humor in outdated recipes and inspiration in the ones from great chefs or new cuisines. So, when I’m missing her, I often grab one of her old books to flip through it, not just for the memories, but to see the notes she wrote in the margins.

My grandmother was famous for never making a recipe the same way twice, and she helped to edit and recipe-test a series of crowd-sourced charity cookbooks, so it never surprised me that she made notations in her cookbooks. Little indications where she felt that an ingredient was too much or too little, additions or subtractions she made based on her personal palate. Sometimes just a word or two like “Really weird!” or “Very good!” or my personal favorite, “No.” Whenever I see one of these in one of her books, it makes me smile, and when I take her advice, it’s like we are cooking together again.

Now I had always been raised that you didn’t write in books. An early teachable moment with a library book and a crayon was the start of that lesson. Attending public school for eleven years where books are assigned at the start of term and collected at the end for the next class with fines attached to damage hammered it home. Even in college, where I was buying my books, I never really got into to the highlighter approach to study. (To be fair, I never really got into to the study approach to study either, but that’s a different essay.) The exception has always been cookbooks.

Watch: How to (Sort of) Know if a Recipe Will Work

My grandmother taught me that recipes were roadmaps, and while you can follow a well-written and properly tested one precisely and end up at your desired destination, there may very well be several other ways to get there that might be faster or easier or more delicious. She also taught me that if you’re a competent cook, and you follow a recipe and it doesn’t work, that is more often the fault of poor recipe development than execution, which was eye-opening for me. I knew that books sometimes got published without some typos or grammatical errors getting caught in copyedits but had never occurred to me that cookbooks could get published where recipes might not really work. And yet, it happens more often than you think. There are some cookbook authors, thank goodness, whose recipes are so well-tested and brilliantly written that almost anyone can cook from them with perfect results—looking at you Dorie Greenspan. And yet, shockingly, there are some very well-known cookbook authors who have about a 50 percent or less cookability rate.

So I’ve never looked at cookbooks as some sacred texts that are not to be tampered with. If I cook from a book, I leave the book out and make whatever notations I might feel I want or need for the next time. Could it use a pinch more of an herb or spice? I make a note. Did I double it successfully or, even more important to note, unsuccessfully? Add that to the page. Did I swap out an ingredient to make it serve the needs of someone with a special diet? Did this cookie recipe turn out to spontaneously make an awesome tart shell or did that recipe work fine in the slow cooker instead of a low oven? Did I convert it for use in an Instant Pot? It all goes in the books.

If you want to start making notations, some recommendations from me: I never cross out anything in the original recipe, I just make a note in the margin, or at the top or bottom of the page. I keep fine-tipped Sharpie permanent markers in a variety of colors to help with this, so that even if the page gets wet, they won’t run. I don’t use pencil, because it can rub off the pages, or in the case of glossy books, can rub off on your fingers which is not great when you are cooking. My grandmother used red ballpoint pen, which fades faster than black or blue, so in some books, I have mostly just the indentation of the notes she made instead of the ink markings themselves.

I make these little notes as clearly as I can as reminders to myself of where I have been and what I have done, but also as a bit of something to leave behind. I’m lucky that my goddaughter and nieces and nephews are all interested in cooking. So, I hope that someday when they absorb whichever of my books I leave behind into their own collections, that my little scratchings in the margins will be like a hug from me even after I am gone. Even if that connection is just a simple “No.”