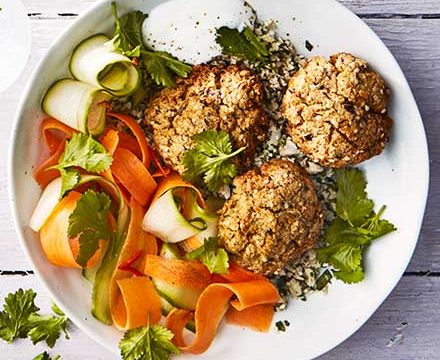 Baking powder is a raising agent that is commonly used in cake-making. It is made from an alkali…

One of the most ubiquitous herbs in British cookery, parsley is also popular in European and…

Probably the most widely-used oil in cooking, olive oil is pressed from fresh olives. It’s…

A brassica, like cabbage and broccoli, cauliflower is a mass of tiny, tightly packed flower…

There are several types of mint, each with its own subtle difference in flavour and appearance.…

Oval in shape, with a pronouced bulge on one end, lemons are one of the most versatile fruits…

The carrot, with its distinctive bright orange colour, is one of the most versatile root…

Honey and syrups made from concentrated fruit juice were the earliest known sweeteners. Today,…

Yogurt is made by adding a number of types of harmless bacteria to milk, causing it to ferment.…