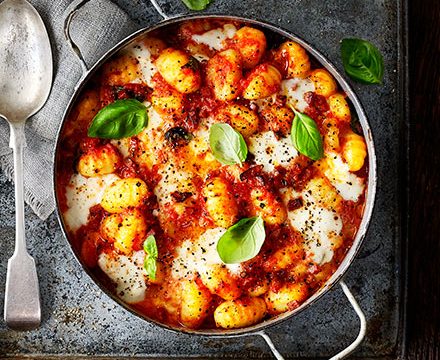 Onions are endlessly versatile and an essential ingredient in countless recipes. Native to Asia…

A coarsely textured, spiced pork sausage widely used in Spanish and Mexican cooking. It is made…

An Italian dumpling made with semolina, flour, potatoes or ricotta and spinach cooked and eaten…

Most closely associated with Mediterranean cooking but also very prevalent in Asian food, the…