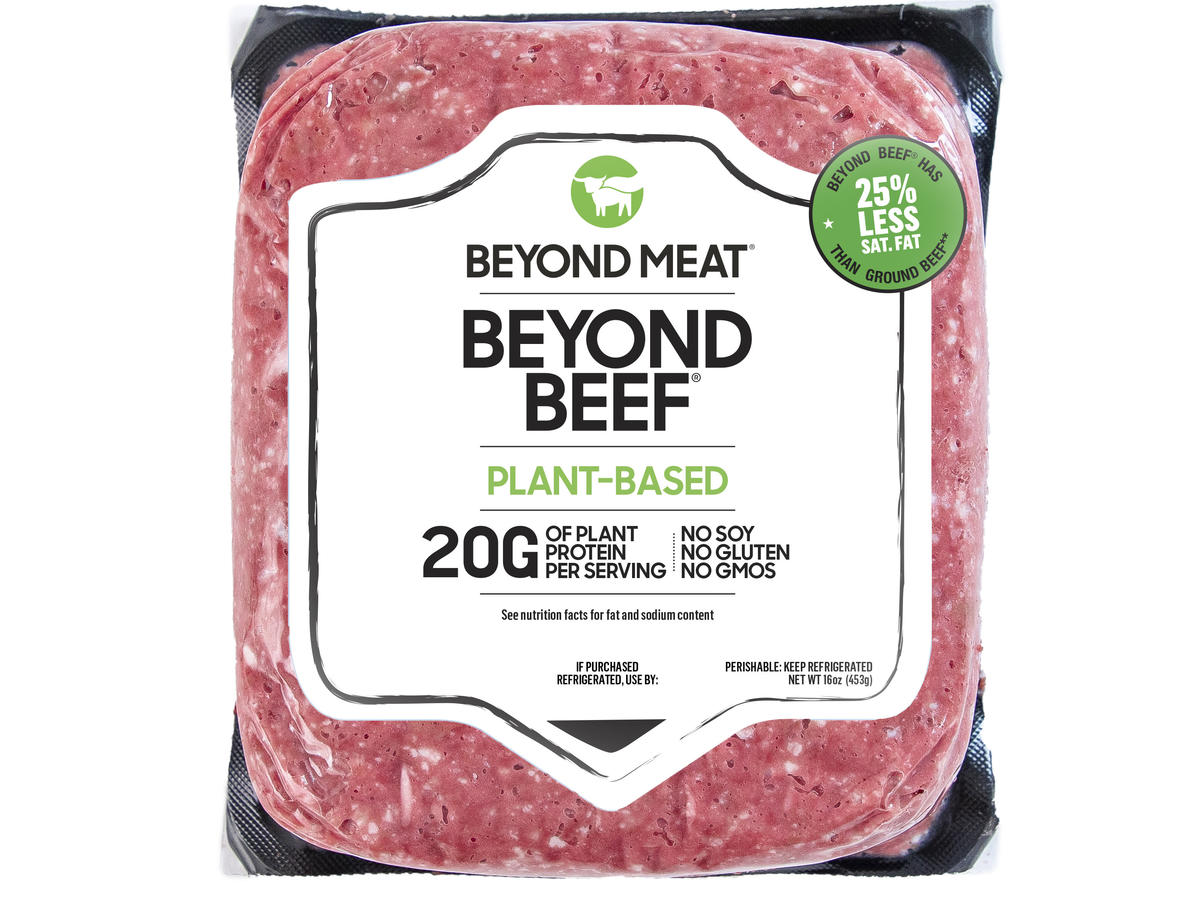 Is fake meat the new meat-meat? Don’t answer that. Do, however, turn your attention to “Beyond” and “Impossible,” the two brands embroiled in an escalating plant-based meat battle. Back in January, Impossible announced its plans to engineer the fake meat holy grail: a meatless steak that tastes like the real deal (a lofty goal when you consider marbling, texture, and all of those other hard-to-replicate details that make steak, well, steak). And now, Beyond has upped the ante by beating Impossible to the market with ground “beef” (previously, Beyond’s burger meat was only available in pre-shaped patties).

Called “Beyond Beef,” the plant-based food is made from a blend of blend of pea, mung bean, and rice proteins, and it has about 25 percent less saturated fat than beef-beef, at less than six grams per serving. “We’ve long had our eye on creating a product that enables consumers to enjoy all the benefits and versatility of ground beef while tapping into the human health, environmental, and animal welfare benefits of plant-based foods,” Ethan Brown, founder and chief executive officer of Beyond Meat, said in a statement. Meaning, the versatile protein can be used to make tacos, meatballs, sliders, empanadas, and more (and, if you want to make a burger out of it, you’re now free to adjust the size and thickness of your patty).

This is one of the first products to come out of Beyond Meat’s massive new “innovation center” in El Segundo, which is packed with all sorts of gizmos including an “E-tongue” that squishes test Beyond Burger patties to determine juiciness and elasticity and an “E-nose” able to isolate over 1,000 molecules that contribute to smell and taste. Meanwhile, although they’ve promised that their products will be coming to grocery store shelves sometime this year, you can only try Impossible’s plant-based meat products in restaurants for now.