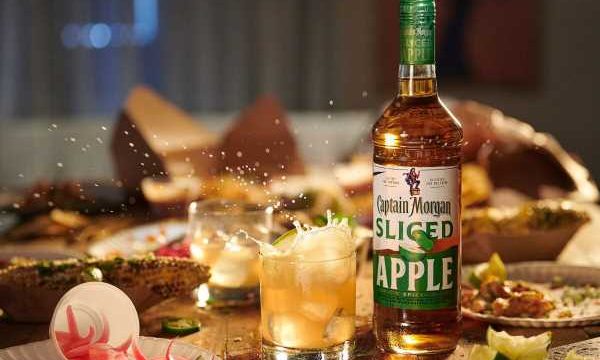 For people who seem to let the academic calendar dictate their understanding of the seasons, Labor Day marks the end of summer and the beginning of fall. It’s an idea that feels increasingly out of date, especially at a time when climate change means that a good chunk of the west coast is actively on fire during the first week of “fall.” It sure feels like we’re still experiencing piña colada weather rather than apple cider weather.

If for whatever reason you want to experience both of those tastes at the same time, however, you should know about Captain Morgan’s new Sliced Apple Rum. Taking the spiced rum brand’s original formula and adding elements of juicy, crisp apples and just a tiny whiff of ginger transforms this into the kind of sweet yet tart spirit you can sip on while wearing a flannel shirt.

For the skeptics out there who’d have no idea what the hell they should do with an apple-flavored rum, Captain Morgan has proposed a few different cocktails that showcase its ability to smoothly integrate fall flavors into more traditional rum-based drinks. For starters, there’s the “Apple Mule” (essentially an apple-accented Dark and Stormy) and lemon-tinted Apple Sour. Finally, they propose a signature Captain Morgan Apple Crisp, which, if we’re being honest, is almost the same thing as the Apple Sour, but it swaps out an apple garnish with lemon and eliminates the Apple Sour’s simple syrup.

Of course, the fact that this Captain Morgan has a bit of flavor to it means you can probably be perfectly content sipping this 70 proof spirit neat or on the rocks, ideally around some sort of campfire or at the end of a long day in a pumpkin patch. So if you’ve always dreamed of incorporating rum into your autumnal activities, your time has come. Do it for the Captain.