We’re nearing the end of August, which means it’s nearly time to break out the sweaters, pick up a warm PSL, and pop in a scary movie. It seems that Walt Disney World is right on the same cozy page with us, because they just unveiled their fall 2020 treats line-up, and it’s full of almost TOO MANY things we wanna try ASAP.
There are more than two dozen amazing fall and Halloween treats coming to Disney World this season so we’ll simply pick out our faves…which…is still gonna be a bunch of them. First off, is the adorable Pumpkin Spiced Waffle Sundae, shown above. It’s made with pumpkin spice-flavored waffles topped with vanilla ice cream, whipped cream, caramel drizzle, and sprinkles. 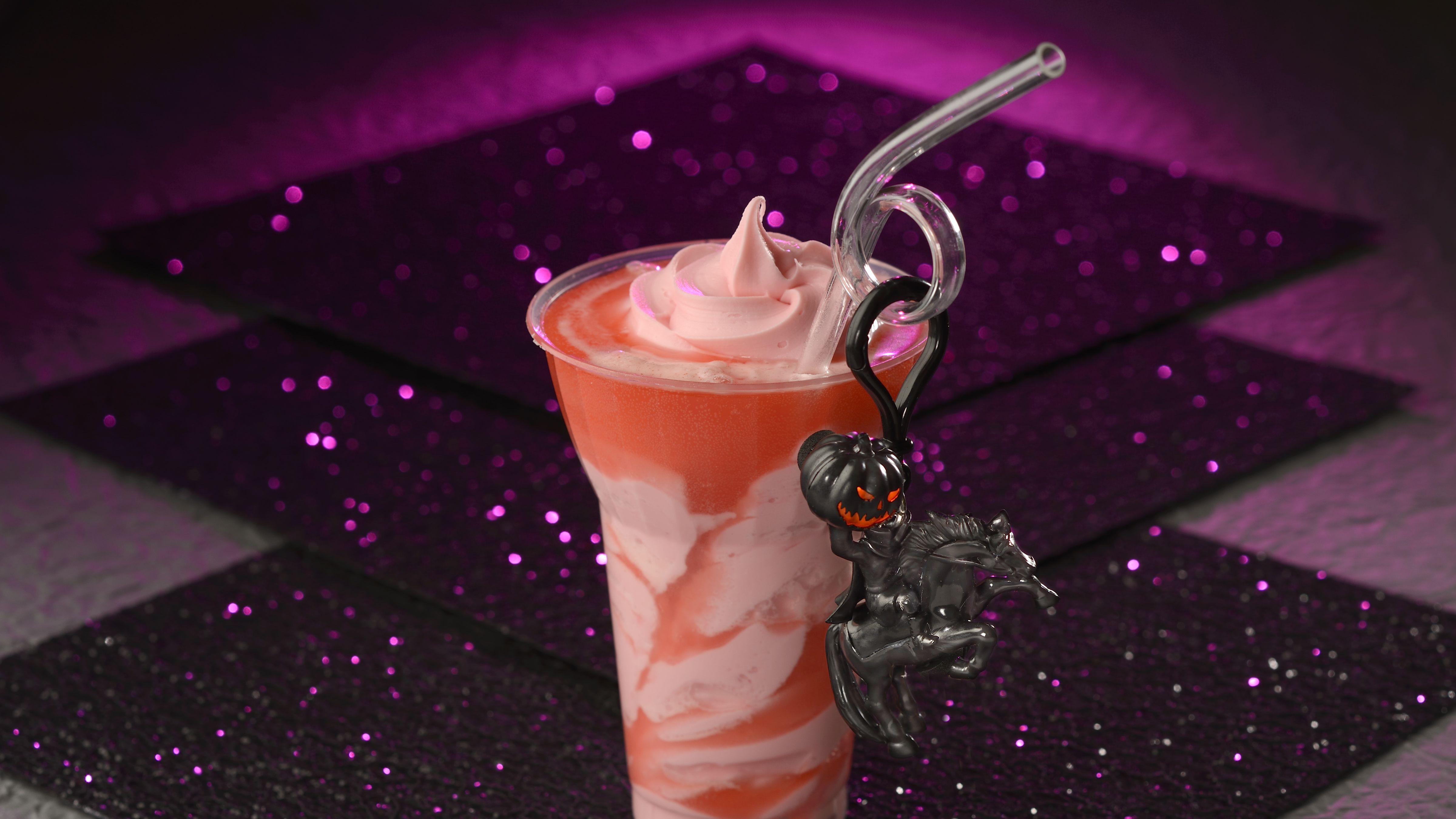 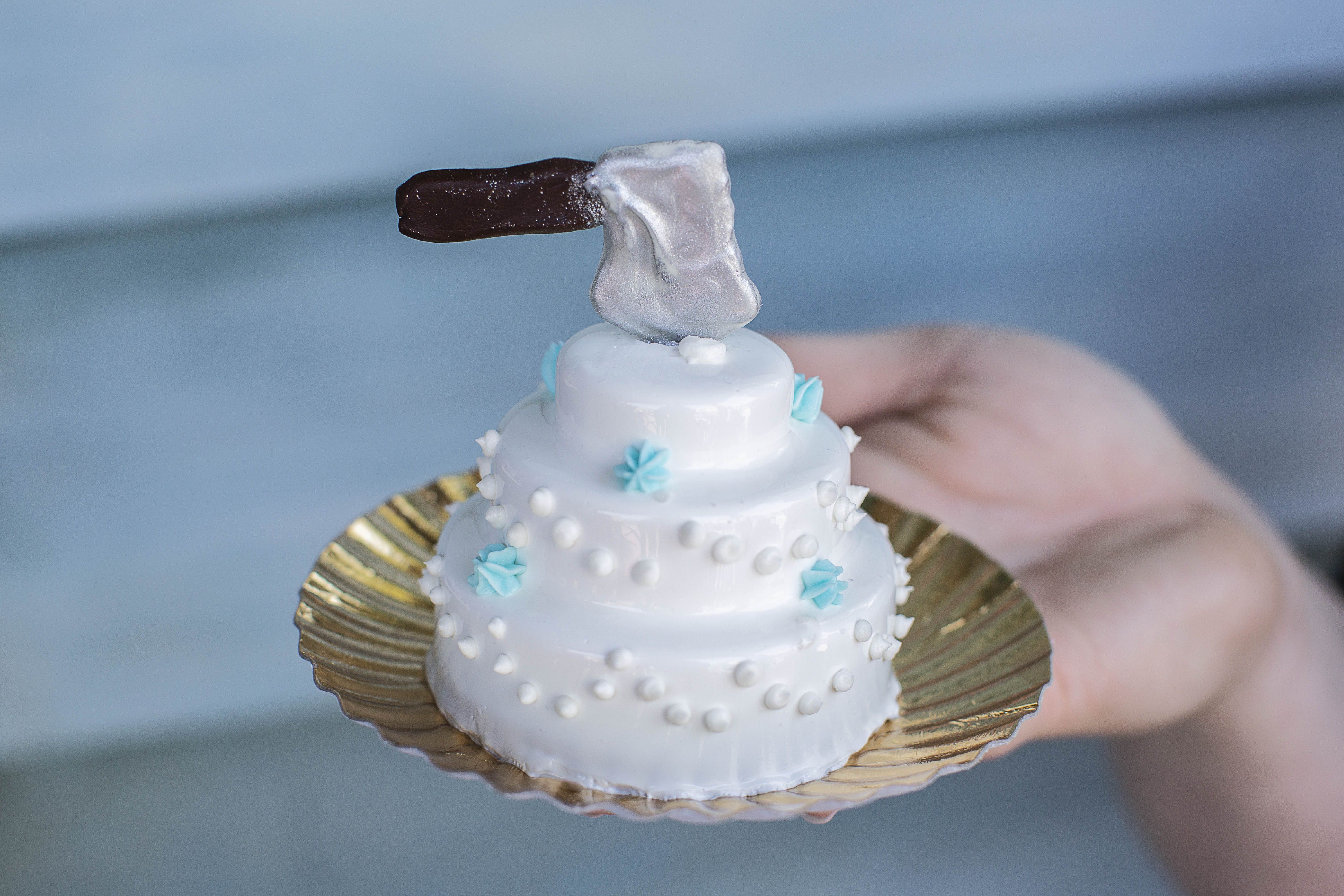 For those who want something on the scarier side, you can pick up Constance’s For Better or For Worse Wedding Cake, with is a citrus cake with raspberry Bavarian cream, whipped cream flowers, topped with a very realistic looking chocolate axe. 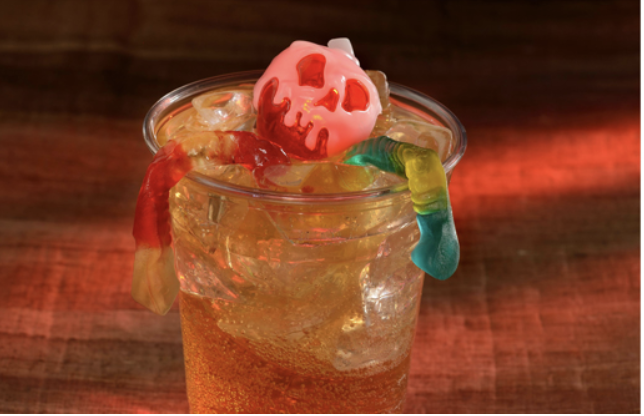 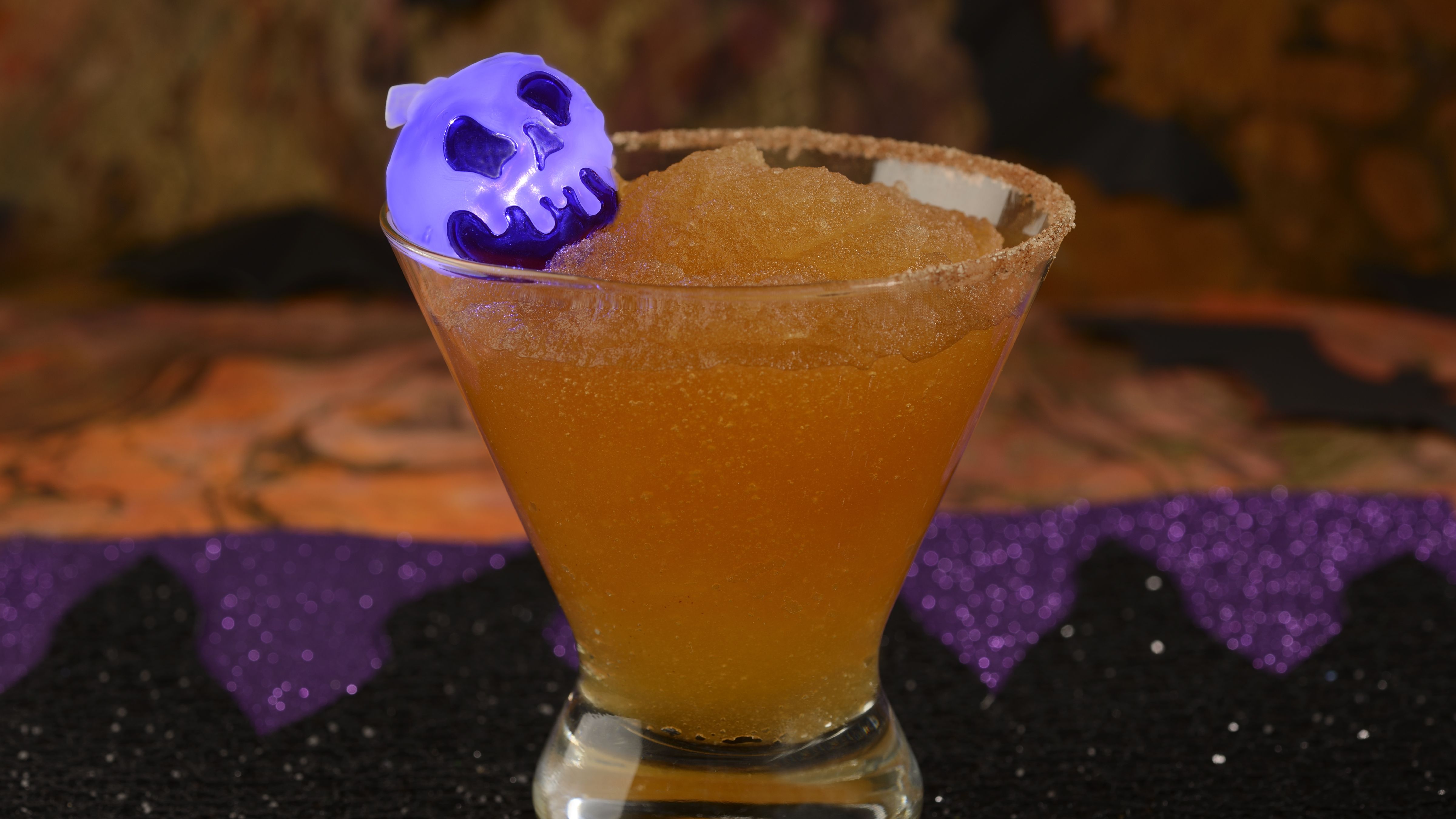 As far as booze, you can pick up a Rotten Apple Punch made with Angry Orchard and Fireballpoured over ice, with a rocky candy apple straw. It’s served with a Poison Apple Glow Cube, and gummy worms inside too. You can also get a Frozen Apple Cider with Crown Royal Regal Apple that will keep you cool yet festive. 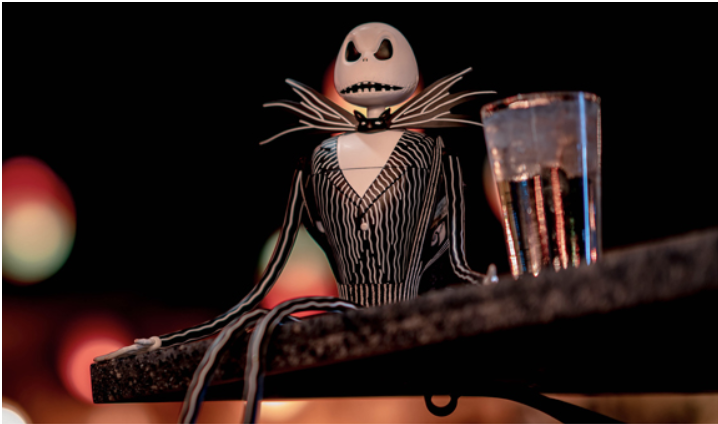 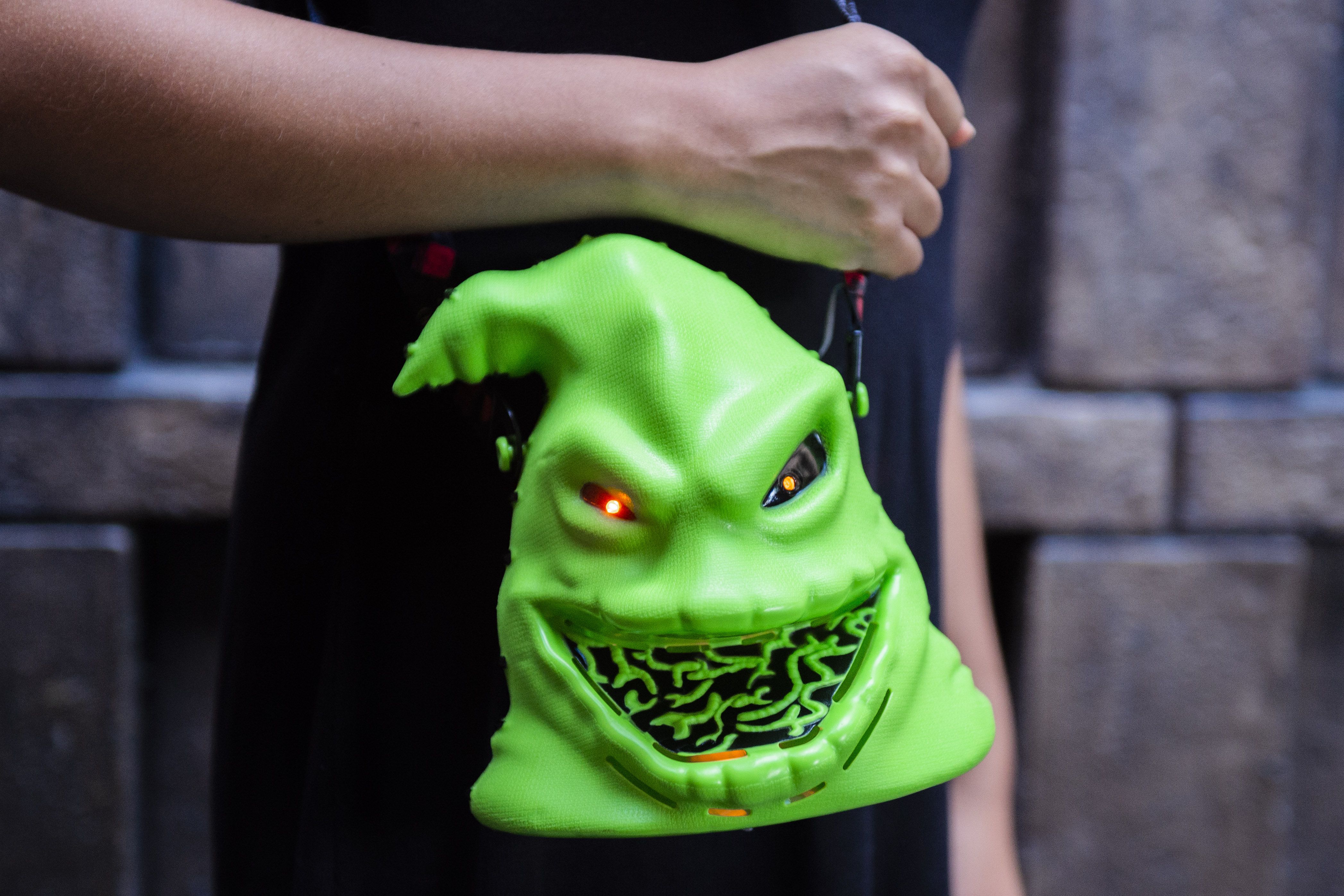 There’s also a ton of Halloween merch to be had including a “sipper” that looks like Jack Skellington and a popcorn bucket that looks like Oogie Boogie. You can see all of the treats on their blog post here and pick these all up for a limited time at the parks starting on September 8. Hop on your broomstick and get snackin’. 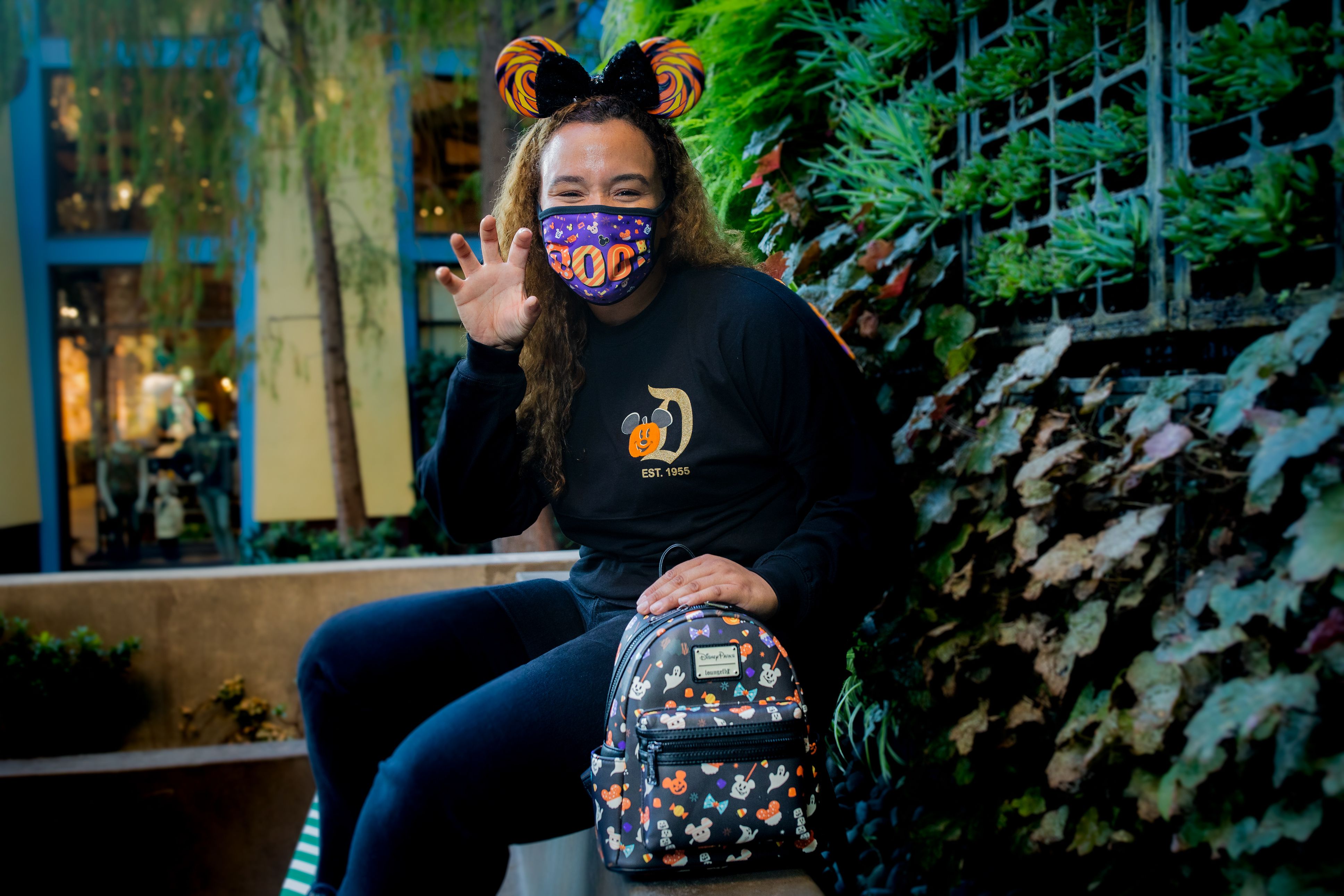