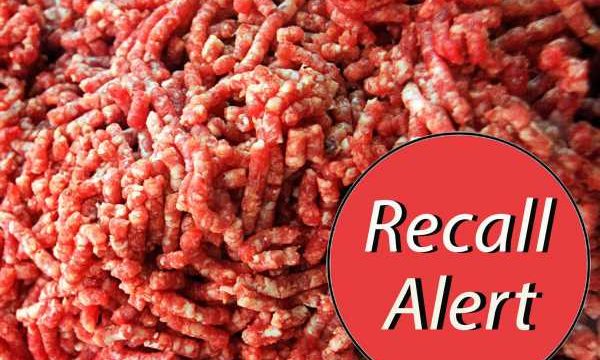 A Georgia company is recalling over 113,000 pounds of ground beef after receiving reports that it might be contaminated with a strain of E. coli that could cause significant illnesses.

K2D Foods issued the alert in conjunction with the U.S. Department of Agriculture late Tuesday. The affected products were shipped in cardboard boxes with the name “Ground Beef Puck” and produced on March 26, March 29, April 2, April 10 and April 12. Meat impacted by the recall has the establishment number “EST. 51308” inside the USDA mark of inspection and were sent to restaurants around the country.

It’s that distribution that has authorities concerned. It’s impossible, right now, to know just how many restaurants might be serving burgers made with the meat. (It was originally shipped to distributors in Ft. Orange, Fla. and Norcross, Ga.

This particular strain of E. coli is harder to identify than others. Food safety officials, working in conjunction with the Centers for Disease Control and Prevention and the Tennessee Department of Health are investigating an outbreak of the strain, with many patients reporting recent meals in restaurants. Beef collected from those restaurants was infected with the same strain, but authorities haven’t definitively linked the two.

People infected with the strain develop diarrhea (often bloody) and vomiting. Most recover within a week, but it can lead to kidney failure.

It’s the latest recall for ground beef producers. Earlier this month, 21 tons were recalled JBS Plainwell, after reports it could contain hard plastic. And In March, Washington Beef had to recall 30,000 pounds after learning of a possible contamination.

There have been several problems over the past year. Last October, JBS Tolleson recalled 6.5 million pounds of ground beef, then was forced to recall another 5.1 million pounds in December.