Another day, another, like, five Gordon Ramsay TikTok videos. In one of the latest of his reaction videos, Gordon roasted a TikTok home cook who might be just as bold as he is.
Gordon chose to react to a video by @hypebeast_ock and it pretty much starts off as a challenge to the famous chef. “Chef Ramsay, you can’t cook for nothing,” the TikTok user says. “You’re a little boy to me.” Honestly, we would be terrified to say this to Gordon, but maybe it’s all a strategy! I dunno! Either way, Gordon seems ready: “Alright, big boy, I can’t cook for nothing,” he said. “Show me what you got.”
#duet with @hypebeast_ock No lamb sauce was found in the making of this TikTok…#fyp #tiktokcooks #ramsayreacts
From there, @hypebeast_ock shows a piece of lamb, and then proceeds to poke holes into it to put in whole cloves of garlic. Gordon didn’t like that part: “Make too big of holes, you’ll dry the lamb out, you donut,” the chef said before questioning his choice to use whole cloves of garlic. Next, Chef Ramsay doubted his decision to rub the lamb in olive oil, since he said lamb already has enough fat and doesn’t need any. The home chef then added more cloves of garlic on the side along with unpeeled onions.
But the bit that really had the comments section talking was the fact that he used the “wrong” side of aluminum foil, according to Gordon. Just FYI, unless it’s non-stick foil, it probably doesn’t really matter what side you use, shiny or matte. Sorry, Gordon! Finally, @hypebeast_ock popped the lamb into the oven, and instructed those watching to let the lamb relax afterwards, while Gordon yelled at him to “wake up.”
Nevertheless, @hypebeast_ock dubbed himself the “best chef in the world and all of the galaxies,” so it doesn’t seem like he’ll be listening to Gordon’s insults anyway. 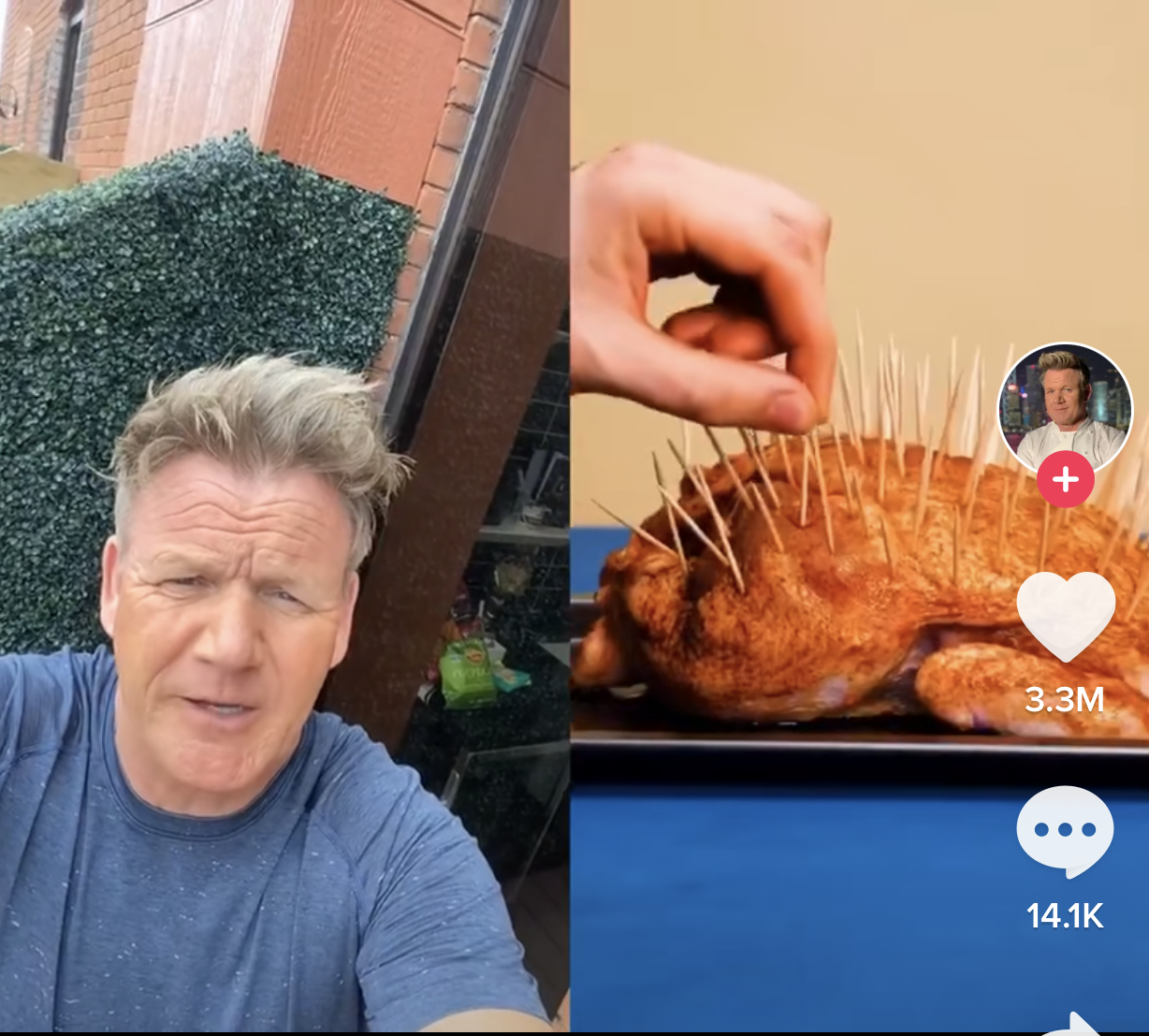