As the Super Bowl quickly approaches, we’re psyched about one thing, as usual: THE FOOD. Seriously, even though we won’t be spending the Big Game exactly in our usual fashion (i.e.: a raging party), we’re still psyched to cook up a feast fit for an NFL team. But just in case you’re drawing a blank on what to make this year, we consulted the expert on all things delicious to help you out. You might know him as the Mayor of Flavortown—Guy Fieri. EVER HEARD OF HIM???
Guy gave Delish the low-down on all sorts of things from what he’ll be making for the Super Bowl this year to what his plans for 2021 are. First up, the food: It’s no surprise that Guy has a big dish planned for the Super Bowl but this one sounds amazing, like bacon and meatballs and BBQ sauce amazing. We’re talking BBQ Bacon Meatball Sliders, made with hickory-smoked bacon, his own Bourbon Brown Sugar BBQ Sauce, and served on sweet and fluffy King’s Hawaiian slider buns. YUM. He loves this dish, which he created as part of his new partnership with King’s Hawaiian, and he keeps it in his back pocket, not only because will it wow anyone you serve it to (even if it’s just your family!), but also because gives you a taste of grilling even if it’s not exactly warm enough to stand outside where you are right now.
“This right here with the bacon and the ground beef, the King’s Hawaiian, the barbecue sauce, it gives you, especially since this isn’t necessarily barbecue season all around the country…that experience without having to go out there and fire up the grill. I think this is going to be a big hit,” he pined. In fact, these sliders (shown above, BTW!) made Guy’s list of his most iconic sandwiches in America. Other notable entries included the cheesesteak, pastrami, hot dog (though he even admitted he’s not sure if it’s actually a sandwich!), and grilled cheese. However, it’s worth noting the grilled cheese that tops the list isn’t just any sandwich…it’s stuffed with sausage mac & cheese and served on King’s Hawaiian Sliced Bread! This one was actually the brainchild of Guy and his son Hunter, who’s been an integral part of the most recent season of Guy’s show Diners, Drive-Ins and Dives.
If you’re still thinking about what to make for the Big Game or just stuck in a cooking rut, Guy also has some tips for that. Basically, his biggest piece of advice is don’t be afraid to get creative and use what you have on hand: “Step outside of your daily routine.” Look at the ingredients you already have and think about what you can do with them instead of stressing about what you don’t have.
Of course, cooking-related stress and burnout is still a very real thing, and that’s when we turn to our favorite restaurants. Guy has obviously been a huge champion of restaurants throughout his whole career, but has especially stepped up to support them during the COVID-19 pandemic, helping to raise more than $20 million for workers in need through the Restaurant Employee Relief Fund, as well as executive producing the documentary Restaurant Hustle 2020: All On The Line, which follows restauranteurs as they deal with the effects of the pandemic. Guy told us he believes that the industry is going to change forever and that why it’s still incredibly important to continue supporting your favorite spots through this year and beyond.
“Most of these folks in the restaurant business don’t do it because making a fortune, they do it because they love it, they do it because they love making food for people,” he said: “So we’re gonna see a dynamic change in the amount of restaurants, some of your favorite restaurants are going to go away, some people aren’t gonna be able to weather this storm. But what you do see is a positive side of it is that the restaurant industry sticks together, we love one another, we help each other.”
Guy shared he’ll be at the helm of some additional fundraising efforts to come so that you can help support the restaurant industry. As for the rest of his plans for 2021, Guy also let us in on a little secret, saying that the return of Flavortown Market, AKA the set of Guy’s Grocery Games would be opening again soon. Talk about a cliffhanger! 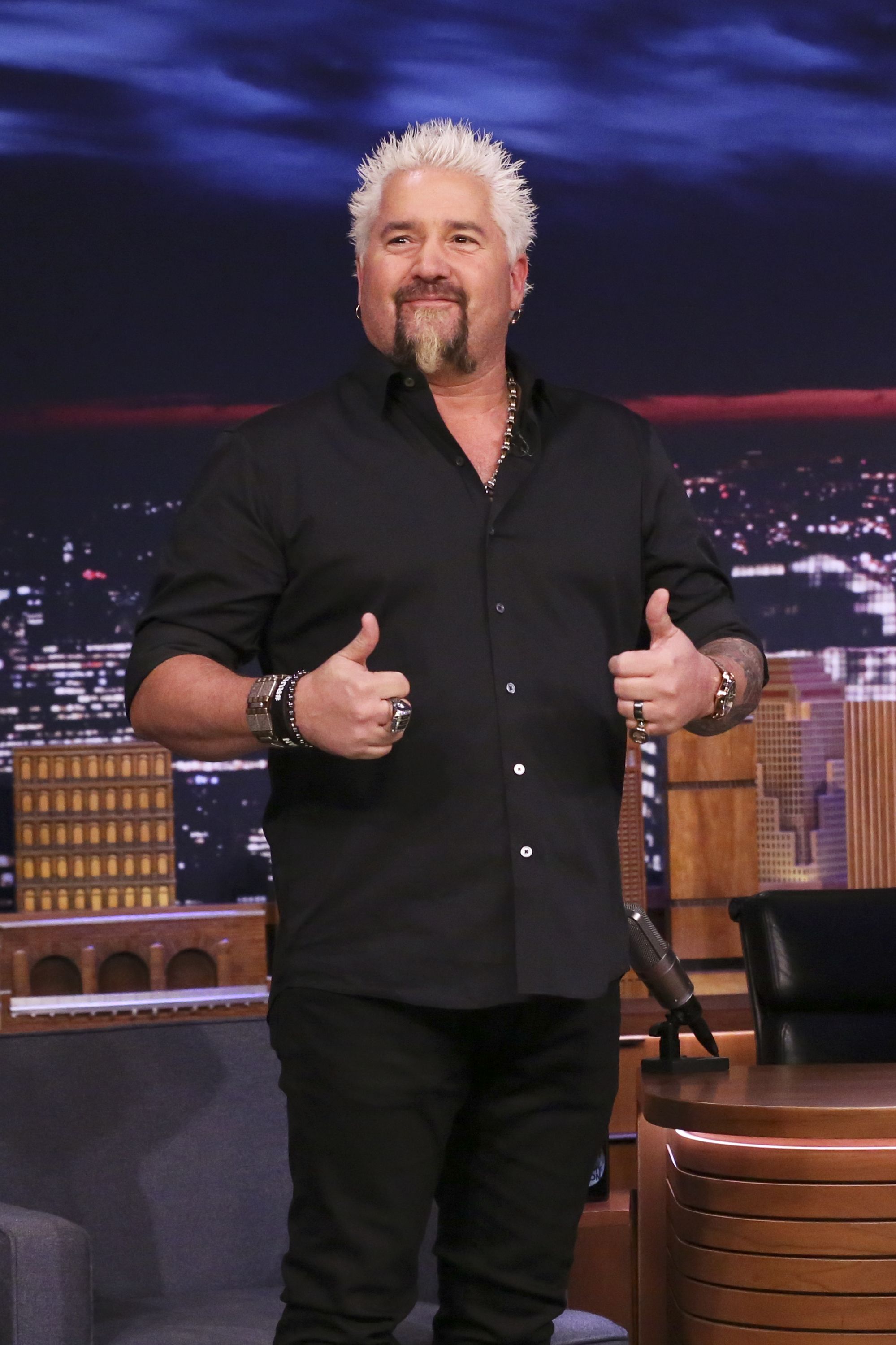