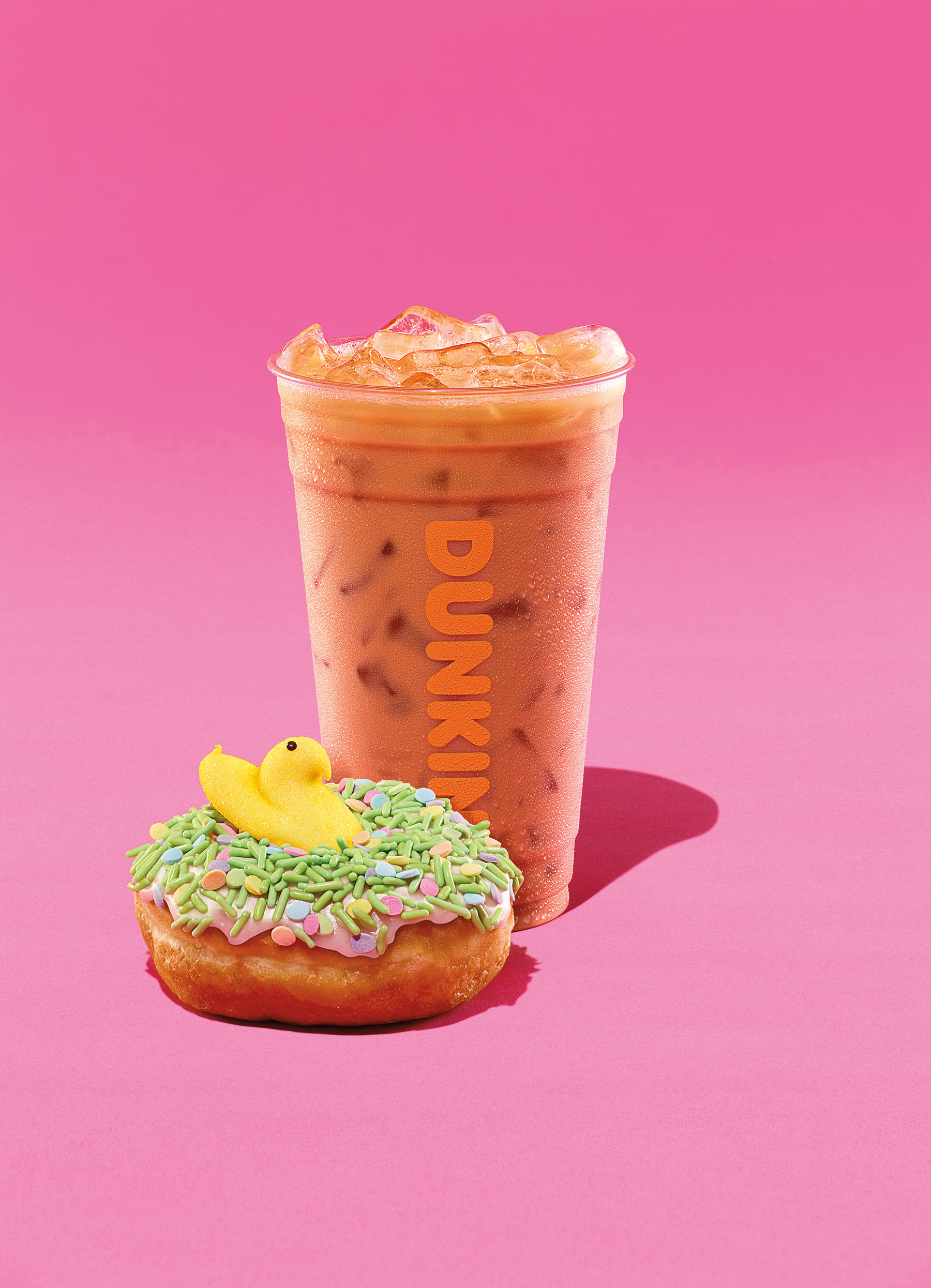 The iconic marshmallow goodies that always end up in your Easter basket are hopping their way to your local Dunkin’ Donuts on April 1. The coffee chain is celebrating spring with a new Peeps-topped donut and a variety of Peeps-flavored coffee and espresso drinks. The festive offers are being sold at participating locations nationwide, while supplies last.

The vanilla Peeps donut looks as cute as it looks delicious, complete with white icing, egg shaped sprinkles and an iconic yellow Peep plopped in the middle. Pair it with one of the many beverages that can be made to taste like Peeps marshmallows—including hot and iced coffee, espresso drinks, frozen coffee and frozen chocolate.

In addition to the Peeps products, Dunkin’ will be adding several other goodies to their spring lineup, also available April 1. Caffeine addicts can add some spring to their step with the new Chocolate Cherry Cold Brew, while those looking for a more refreshing beverage could try either the Iced Tea Lemonade or Frozen Lemonade. On the savory side, the new Sweet Sriracha Bacon Breakfast Sandwich is the latest menu addition.

Each new flavor comes in the classic marshmallow chick shape, and they’re all currently rolling out in grocery stores nationwide now through Easter (which falls on April 21 this year.) Easter Bunny, are you listening?!