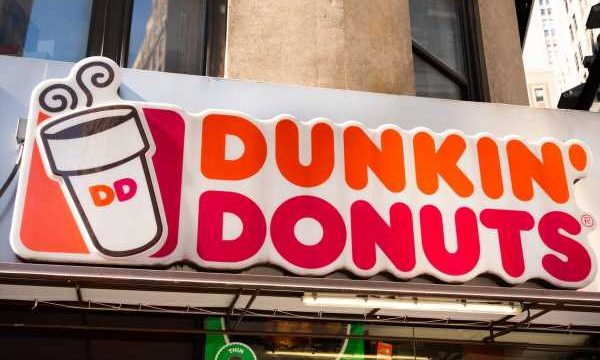 If there had to be one season that’s associated with doughnuts, it’d have to be autumn. I mean, I’d wager that 90% of boyfriends roped into going apple picking are really just in it for the cider doughnuts.

Doughnut chains are also no stranger to that idea, as evidenced by the fact that Krispy Kreme is willing to sell some haunted-looking doughnuts for cheap this month. However, the real Halloween prize this year looks like it should go to Dunkin’ for offering up something that tastes even scarier than it looks. Why? Four words: spicy ghost pepper doughnut.

With Halloween being all weird this year, @dunkin is getting a little weird also😮 A new Spicy Ghost Pepper Donut is heading to stores nationwide on Oct 14th followed by a few other Halloween goodies🎃🍩 What is this Ghost Pepper Donut?! It’s a ring donut with Spicy Ghost Pepper Strawberry Dipping Icing(wtf)😅 This is wild, but definitely worth the taste test🔥🍩 Image 1 and info from @dunkin 🍩 Image 2 from Reddit user Kahunakona👍🏼 Will you guys try this spicy offering👇🏼🍩🔥 #dunkin #donuts#ghostpepperdonut #wtf #halloween2020

Based on the evidence of multiple social media posts, it looks like October 14th will see the release of an actual spicy doughnut from Dunkin’ based on the fearsome pepper that can reach more than one million Scoville Heat Units in some cases. For the sake of comparison, Tabasco tips the Scoville scale at somewhere between 2,500 and 5,000 SHUs.

According to a Reddit post, Dunkin’s Spicy Ghost Pepper Donut is described as a “yeast ring with Spicy Ghost Pepper Strawberry Dipping Icing and sprinkled with Red Sanding Sugar.” So the good news is that there’s at least a little bit of sweetness to balance out whatever level of ghost pepper Dunkin’ deemed acceptable to put in this doughnut. Either way, it’ll probably be hotter than their collaborative doughnut with Frank’s RedHot.

If you don’t feel like lighting your taste buds on fire first thing in the morning, the good news is there are other Dunkin’ options fit for celebrating Halloween. In addition to classic Dunkin’ doughnuts dressed up in orange and blank drizzles and sprinkles, there’s the Spider Donut, which places a “spider” munchkin at the center of an orange frosted doughnut. It also raises a haunting existential question: if a munchkin finds its way back to the center of a holed doughnut, is there some sort of undead/zombie situation going on?

I can’t say for sure, but you can ponder that one for yourself when the Spider and Spicy Ghost Pepper Donuts go on sale for a limited time on October 14th. If you’re opting for the latter, you might want to opt for an ice coffee with lots of milk just to be safe.