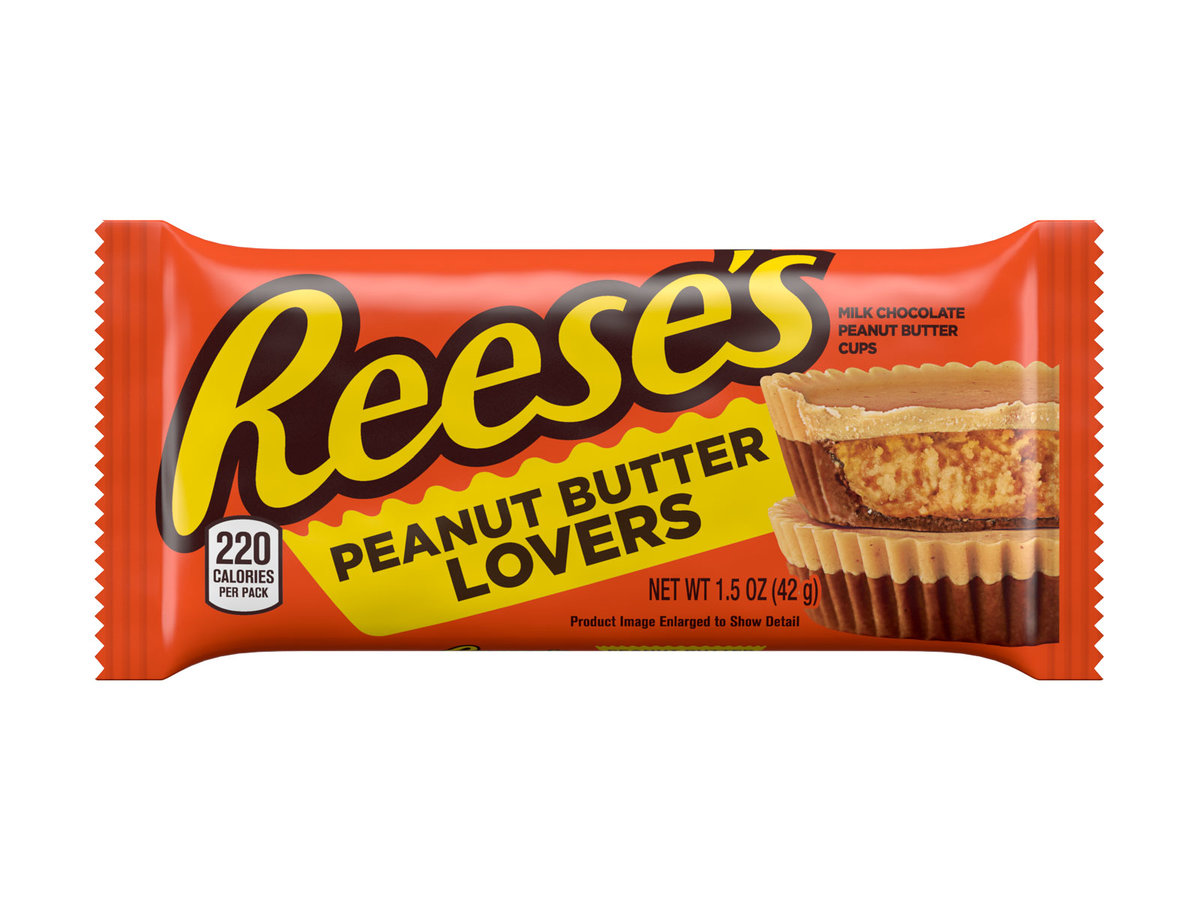 If you’re a fan of Reese’s peanut butter cups, you’re likely in one of three camps: here for the chocolate, here for the peanut butter, or preferring to strike a balance between the two. For those in camp A or B, we’ve got good news—Reese’s just announced the debut of two limited-time-only cup flavors targeted toward chocolate and peanut butter lovers, dubbed “Reese’s Peanut Butter Lovers” and “Reese’s Chocolate Lovers,” respectively. As you can imagine, one cup has more peanut butter, while the other includes more chocolate—they’ll be available nationwide in the first half of April, in both regular (1.5 ounces, suggested retail price $1.11) and king size (2.8 ounces, SRP $1.66).

“For years, we’ve heard people debate their favorite part of a Reese’s Cup. Is it the chocolate or is it the peanut butter?” Natalie Perera, a representative of Reese’s Brand, said in a statement. “So, we decided to settle the score and make both sides happy by giving them what they want—Reese’s Chocolate Lovers and Reese’s Peanut Butter Lovers. As if we’d actually choose!”

We got to try the new Reese’s first-hand, and the reactions were overwhelmingly positive—especially for the Peanut Butter Lovers. The cup has an extra layer of peanut butter on top (shown below), and the result is pleasantly creamy, with all the salty-sweet goodness you’d expect. I found the taste similar to Reese’s Puffs Cereal (in the best way), and will officially refer to Reese’s Peanut Butter Lovers as “Reese’s Plus” going forward. My fellow Food & Wine staffers agreed, saying “I feel good about this,” “I love this,” and sending a chef’s kiss emoji—one even likened the flavor to Tagalongs Girl Scout cookies, which is a pretty prestigious honor.

As for Reese’s Chocolate Lovers, they’re much more solid than your average Reese’s cup—described as “toothier” and “snappier” by one of our editors. (To give you a visual, a regular Reese’s chocolate layer can be cut easily with a spoon, while the Chocolate Lovers shell could not). The chocolate layer is rich and dense, and reminds me of darker chocolate you’d use for baking/desserts, even though they’re still made of milk chocolate—overall, these also got the thumbs-up from those who tasted them. If you’re New York City-based, you can try both new flavors early at the Reese’s “Swap Shop”, popping up March 26 and 27 on Canal Street—simply bring something to swap out (it can be anything from an old toaster to roller skates, according to a statement), choose your allegiance to camp chocolate or camp peanut butter, and enjoy.

Also new from Reese’s this year? Reese’s Thins, which are 40 percent thinner than regular Reese’s cups, and come in milk chocolate and dark chocolate flavors. We tested them out too, and found the dark chocolate ones to be a particularly welcome option for those who aren’t a fan of sweeter treats. There’s also Reese’s Peanut Butter Creme eggs stuffed with Reese’s Pieces, which will be available this Easter season. If you’ve got a chocolate-peanut butter lover in the family, this is probably a must for your basket—find out all the other new Easter candy we’ve got our eye on here.