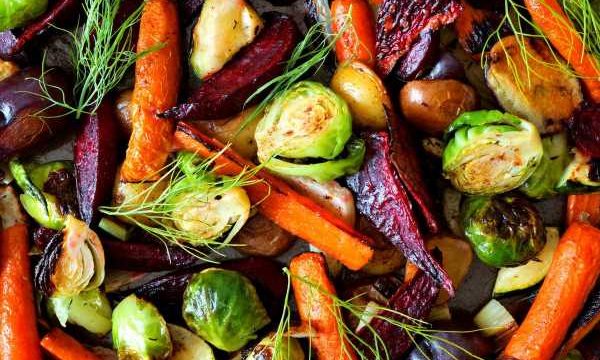 Roasting vegetables is a technique you can use all year long, but it's particularly well suited for the fall and winter, when the idea of having your oven on for long periods of time isn't as daunting as when it's hot outside. It's perfect for those first fall squashes, and a good technique to use on pretty much any vegetable you have that isn't a tender leafy green. Roasting vegetables isn't hard, but there are a few things to keep in mind when you're prepping your vegetables to make sure that they turn out perfectly crispy every time.

No matter what vegetable you're planning on cooking, it's a good idea to always cut them into roughly similar sizes. That's because different sized pieces will take different times to cook through, leaving you with a pan bearing a mixture of some perfectly cooked pieces, some underdone ones, and some overdone ones. Smaller pieces will cook through faster, and larger ones will take longer to cook.

Sometimes slightly over-roasted pieces are what you want—like the charred crispy outside leaves on roasted Brussels sprouts. But in general, it's a good rule of thumb to get them as even as you can. That said, don't freak out about it—you don't need to break out a ruler and an Exacto knife. Vegetables are not perfectly square either, so you'll probably always end up with a few wonky pieces. But pay attention to what size you're cutting your vegetables up. If you need to, put one example piece up on the corner of your cutting board as a guideline.

Oil Is Your Friend

To get that caramelized outside on your vegetables, you want to give them a good coating of oil before they go into the oven. That doesn't mean drown them in oil—you're not frying anything. Too much oil can leave the vegetables greasy rather than crisp. But don't be shy about adding in some oil, tossing your vegetables in it, and adding a little more if you don't think they all got a nice dip. Different vegetables soak up oil differently. You want to make sure they're all shiny and evenly coated, and there's not a huge puddle of oil at the bottom of your bowl. About a tablespoon or two per pound of vegetable is a good rule of thumb, but your experience may vary. As for which oil you should use, it depends on what temperature you're roasting your vegetables at. Olive oil does better at a lower to mid-range heat, whereas something like avocado oil can be used at super high heat.

The time to salt and pepper your roasted vegetables is before they go into the oven, not after. Adding the salt in with the oil helps it stick to the flesh of the vegetables, ensuring that you don't get bland pieces. Adding after is trickier. Add a good pinch or two of salt into the bowl with the vegetables and oil and toss them in it. Ditto with black pepper, or any other spices you might be using to amp up the flavor. A small amount of cornstarch thrown in at this stage will also give your vegetables an extra bit of crispiness insurance.

It's tempting to cram all your vegetables on to one sheet pan–and yes, use a sheet pan not a casserole dish here–to avoid cleaning another one, but don't do it. When vegetables cook, they release their water content in the form of steam. When vegetables are too close together, they steam one another instead of browning, meaning that you'll have that tender center but none of the beautiful, caramelized exterior. Simply make sure none of your vegetables overlap on the sheet pan, and you can avoid this fate.

Leave the Foil Behind

Lining your sheet pan with foil or parchment helps make clean-up easier, sure, but it also means your vegetables won't get as crispy as they could. Using a bare sheet pan just works better.

If you're roasting a bunch of different vegetables together, they're going to cook at different times. A carrot will roast faster than a potato. Putting everything on one pan means it's harder to control when to pull out some vegetables while letting others keep going in the oven. When I'm roasting several different types of vegetables, I prefer to use separate quarter-sheet pans rather than have them all on one or two big half-sheet pans. It'll ensure that you don't end up with that mixture of half-burned half-raw vegetables on your plate. 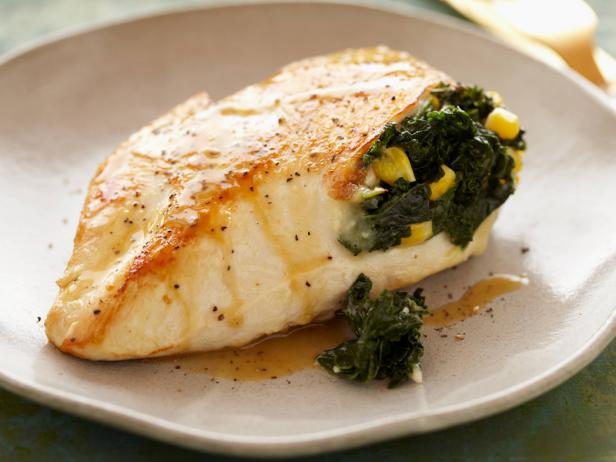 Chocolate mousse recipe: How to make chocolate mousse
We and our partners use cookies on this site to improve our service, perform analytics, personalize advertising, measure advertising performance, and remember website preferences.Ok