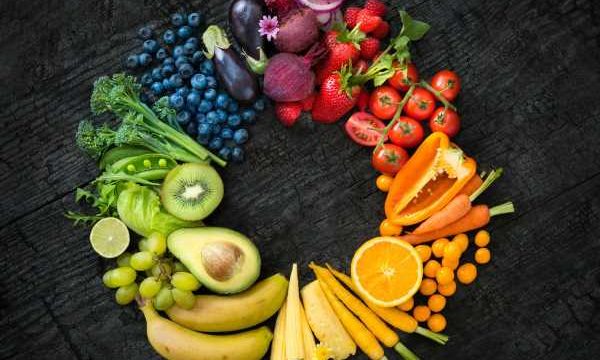 Everyone wants to live a longer life. But the goal of longevity is also to live a better life, with improved mental and physical wellness, and the ability to be active and independent. In my years as a registered dietitian, I’ve seen plenty of people in their 70s, 80s, and beyond who are healthier than folks half their age.

While genetics do play a role, lifestyle is a much more significant factor, and nutrition is a big piece of the puzzle. Here are five eating habits to adopt to up your chances of extending your life and enjoying each year with vigor.

Eat your veggies and fruit

I know you hear this one a lot, but eating more produce is truly one of the most important and impactful habits you can adopt. And guess what: most Americans are way off the mark. According to the CDC, only one in 10 adults eats enough veggies and fruit. Just 9% hit the recommended two to three daily cups of veggies, and 12% reach the daily target of one-and-a-half to 2 cups of fruit.

In addition to upping your nutrient intake, reaching those minimums may add years to your life. A meta-analysis published in the British Medical Journal found that a higher consumption of fruits and vegetables is associated with a lower risk of mortality from all causes, especially heart disease. Aim for at least five servings a day. More is fine, but in some research the risk of death did not reduce further beyond this amount.

Build in two cups of fruit and three cups of veggies daily, with one cup being about the size of a tennis ball. Get into a routine of building a cup of fruit into every breakfast, and a second as part of a daily snack. Incorporate one cup of veggies at lunch and two at dinner. Or combine them. A smoothie made with a handful of greens and a cup of frozen berries knocks out two. You can also add fresh fruit, like sliced apples or chopped mango, to entree salads and stir-fry recipes.

Nuts are nutrition powerhouses. They provide healthful fat, plant protein, fiber, antioxidants, vitamins, and key minerals, like potassium and magnesium. It’s no wonder they’re linked to life extension. One study that tracked over 7,000 men and women for nearly five years asked the subjects to follow one of three diets: a Mediterranean diet supplemented with nuts, the same diet supplemented with olive oil instead, or a low fat diet. Compared to non-nut eaters, those who consumed more than three one-ounce servings of nuts per week had a 39% lower overall mortality risk. In fact, over the course of the study, the nut eaters had the lowest total death risk.

An ounce of nuts is about a quarter cup, but two tablespoons of nut butter also counts as a serving. Whip nut butter into your smoothie, stir into oatmeal, or use as a dip for fresh fruit or celery. Add nuts to salads, cooked veggies, and stir-fry recipes, or pop them as is. Crushed nuts also make a great alternative to bread crumbs to coat fish or garnish dishes like mashed cauliflower or lentil soup. Baking with nut flours or using them in pancakes is another great way to up your intake.

Meatless Mondays have been a thing for over 15 years. That’s fantastic, but for longevity, you should build plant-based meals into your eating routine more than one day a week.

Researchers have discovered five areas in the world where people live the longest, healthiest lives. Deemed Blue Zones, these regions are found in very diverse areas, from Okinawa, Japan to Ikaria, Greece. One commonality they share is the consumption of primarily plant-based diets. Beans and lentils are cornerstones, and meat is eaten on average about five times per month in three- to four-ounce portions—about the size of a deck of cards.

The only Blue Zone in the US is in Loma Linda, California, which has the highest concentration of Seventh Day Adventists. This population, known for their primarily plant-based diet, lives 10 years longer than their North American counterparts. One study that looked at over 73,000 Seventh Day Adventist men and women found that compared to omnivores, those who stuck with a vegetarian diet had a significantly lower overall mortality risk. This included vegans, lacto-ovo vegetarians (who do eat dairy and eggs), and pesco-vegetarians (who do eat seafood).

To reap the benefits, swap the meat in meals for pulses, the umbrella term for beans, lentils, peas, and chickpeas. Opt for lentil or black bean soup on the side instead of adding chicken to a salad. Use black-eyed peas in a stir fry in place of meat, and snack on veggies with hummus instead of jerky. Explore ethnic restaurants in your area that offer pulse-based dishes, like Indian chickpea curry and Ethiopian lentil stew.

When it comes to longevity, it’s the overall eating pattern, rather than one food or food group, that’s key—and a Mediterranean diet remains the gold standard for living longer and more healthfully. This pattern is characterized by a high intake of fruits and vegetables; whole grains; pulses; healthful fats from nuts, olive oil, and avocado; and herbs and spices, along with seafood a few times a week; a moderate consumption of dairy, eggs, and wine; and a limited intake of meat and sweets.

One measure of longevity often cited in research is telomere length. In a nutshell, telomeres are caps found at the ends of chromosomes that protect DNA. When they become too short, a cell becomes old or dysfunctional. This is why shorter telomeres are associated with a lower life expectancy and an increased risk of developing chronic diseases. Research has shown that a greater adherence to a Mediterranean diet is linked to longevity through maintaining longer telomere length.

Other research has shown that for each one-point increment in the Mediterranean diet score (which measures adherence to the diet), the risk of death from any cause drops by 4-7%. To Mediterranean-ize your meals, replace butter with nut butter or avocado on toast, and trade it for extra virgin olive oil to sauté vegetables. Snack on fresh fruit with nuts, olives, or roasted chickpeas, and keep meals simple. A balanced Med-diet dinner may consist of fish served over a bed of greens tossed in extra virgin olive oil with a side of roasted potatoes or quinoa and a glass of pinot noir.

I like to refer to green tea as preventative medicine in a mug. Numerous studies have linked it to a lower risk of heart disease, cancer, type 2 diabetes, Alzheimer’s, and obesity. It can also help you live longer. In one study of older Japanese adults, those who drank the most green tea—seven or more cups a day—were 76% less likely to die during the six-year study period. Another found that among over 40,000 Japanese adults followed for up to 11 years, women who drank at least five cups of green tea a day had a 23% lower risk of death from any cause.

In addition to sipping, you can use green tea as the liquid in smoothies, oatmeal, or overnight oats, or to steam veggies or whole grain rice. It can also be incorporated into soups, stews, sauces, and marinades. Matcha, a powdered form of green tea, can also be used in beverages and recipes. Just be sure to cut off all caffeine at least six hours before bedtime so you won’t disrupt your sleep length or quality.

As far as what not to do, it’s the usual suspects. Don’t overeat or consume too much sugar, processed foods, meat, or alcohol. The good news is that the protective foods above can easily displace aging-inducing foods. Reach for an apple with almond butter in place of processed cookies, and replace soda with green tea. In other words, focus on what to eat, and you’ll naturally curb your intake of foods to avoid. That’s important because for longevity, consistency is key. A long-haul diet supports a long, healthy life!