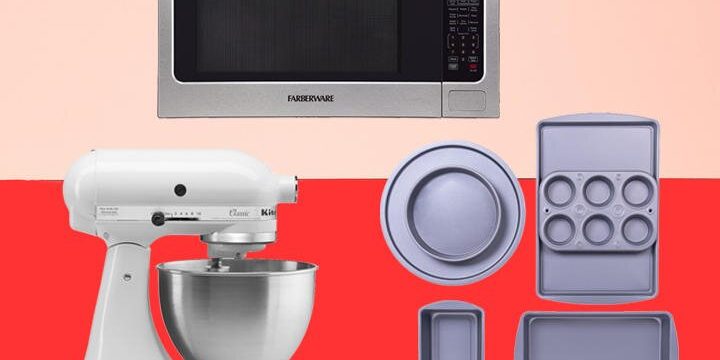 Black Friday may look a little different this year, but that doesn’t mean you can’t save big on top appliances, electronics, and toys for everyone on your holiday shopping list. Retailers are offering deep discounts online well ahead of turkey day to cut back on large crowds in stores this year. That’s right—no lines, no door-busters, and no rush.

Walmart has been slashing prices since the beginning of November with its first-ever Black Friday Deals for Days savings event. Throughout the month there are more chances than ever to scoop up gifts for family and friends (or yourself) on major discount. Keep an eye on the site because the biggest deals are expected to drop online Wednesday, November 25 at 7 p.m. ET and Saturday, November 27 at 12 a.m. ET.

RELATED: Wayfair's Early Black Friday Deals Are Up to 70% Off — Including Le Creuset's Dutch Oven

’Tis the season of delicious eats after all, so put on your comfy pants, snuggle up on the couch with a laptop, and beat the rush by shopping the best early Black Friday kitchen deals. We scoured Walmart’s site and found deals on bestsellers like the Ninja Indoor Grill, Instant Pot Air Fryer, and KitchenAid Stand Mixer, just to name a few.

While this is the best time to shop for kitchen appliances, you’ll also notice discounts on cookware and bakeware to prep holiday meals and goodies with ease. You won’t want to miss these deals, so be sure to shop early and check out our picks below. This article originally appeared on AllRecipes.