Fall marks the beginning of the holiday season, with people everywhere booking plane tickets and planning to head home to their families for the holidays. Come November, many choose to reunite with relatives for Thanksgiving. But for those who can’t—or who, um, don’t want to—Friendsgiving has risen in popularity. You’ve heard of it, right?

What does Friendsgiving mean?

The world “Friendsgiving” was officially added to the Merriam-Webster dictionary in January 2020 after being on its “Words We’re Watching” list. It’s, quite obviously, a compound of the words “friends” and “Thanksgiving” and refers to an informal iteration of the holiday that has become super common.

When did Friendsgiving start?

According to a Merriam-Webster post, the earliest use of the term Friendsgiving dates back to a 2007 tweet, but some people credit the hit show Friends for inspiring the concept of spending the holiday with friends. Another theory suggests that a 2011 ad campaign by Baileys Irish Cream liqueur used the word, giving the Friendsgiving movement more momentum. Since then, it’s become a word that refers to a Thanksgiving dinner celebrated with friends.

What day do people celebrate Friendsgiving?

There’s no official date for Friendsgiving, like there is for Thanksgiving (which is celebrating on the fourth Thursday of November, by the way). Many people choose to host it before legit Turkey Day, if they spend Thanksgiving traveling home to be with family. Others will just co-opt the true Thanksgiving and call it Friendsgiving if they’re celebrating with a group of pals.

It’s up to the host and attendees, but typically, the menu looks a lot like a classic Thanksgiving day menu. Potluck meals are popular, with everyone bringing something to share—like their favorite recipe or one that reminds them of home. It’s also a chance for groups to try out some less traditional recipes, since grandma won’t be there to ask why her version of pecan pie isn’t on the table.

Are there any Friendsgiving traditions?

While the Thanksgiving season may evoke memories of familial traditions, you can always make your own new traditions with those close to you that aren’t related by blood; Friendsgiving is perfect for doing so. All it takes is some sort of delicious food on the table and a bunch of seats filled with people you love. If you need a nudge in the right direction, though, check out these Thanksgiving recipes and fun DIY decorations. 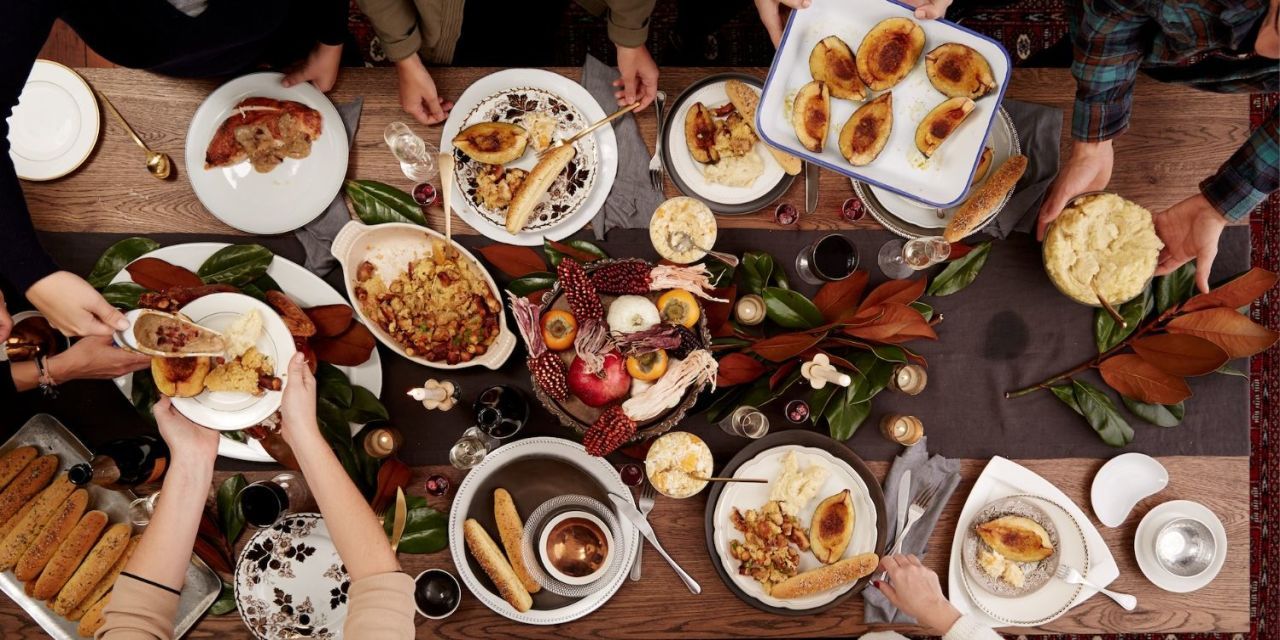