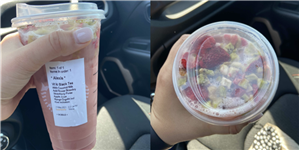 My local Starbs was out of kiwi juice and blackberry inclusions, but I opted for kiwi inclusions to make up for it. That being said, the drink I got was probably a bit of a different final product than the original creation by Totally the Bomb. As always, any “secret menu” items need to be ordered with customizations rather than being called that by name.
The combination is described as a sangria tea, so I was expecting a bit of a bitter taste with some fruity notes like the wine-based drink is. Of course, because the Starbucks beverage is non-alcoholic, I knew the taste would be a little bit off. Ultimately, the drink turned out as a subtle pink color that tasted heavily like apple juice with strawberry puree, more like a thin smoothie than anything else.
I’ve never gone for drinks that have any of the fruit inclusions and the texture after sitting in the liquid definitely wasn’t for me, but I could see how the added texture would be a main selling point for someone who’s into that. I’d call this adjusted version of the drink a Tropical Smoothie Tea rather than sangria-inspired so if you’re into fruit-forward iced bevs for the summer this one’s definitely for you.
Love finding new secret menu hacks? So do we. Come hang with us and discover more together. 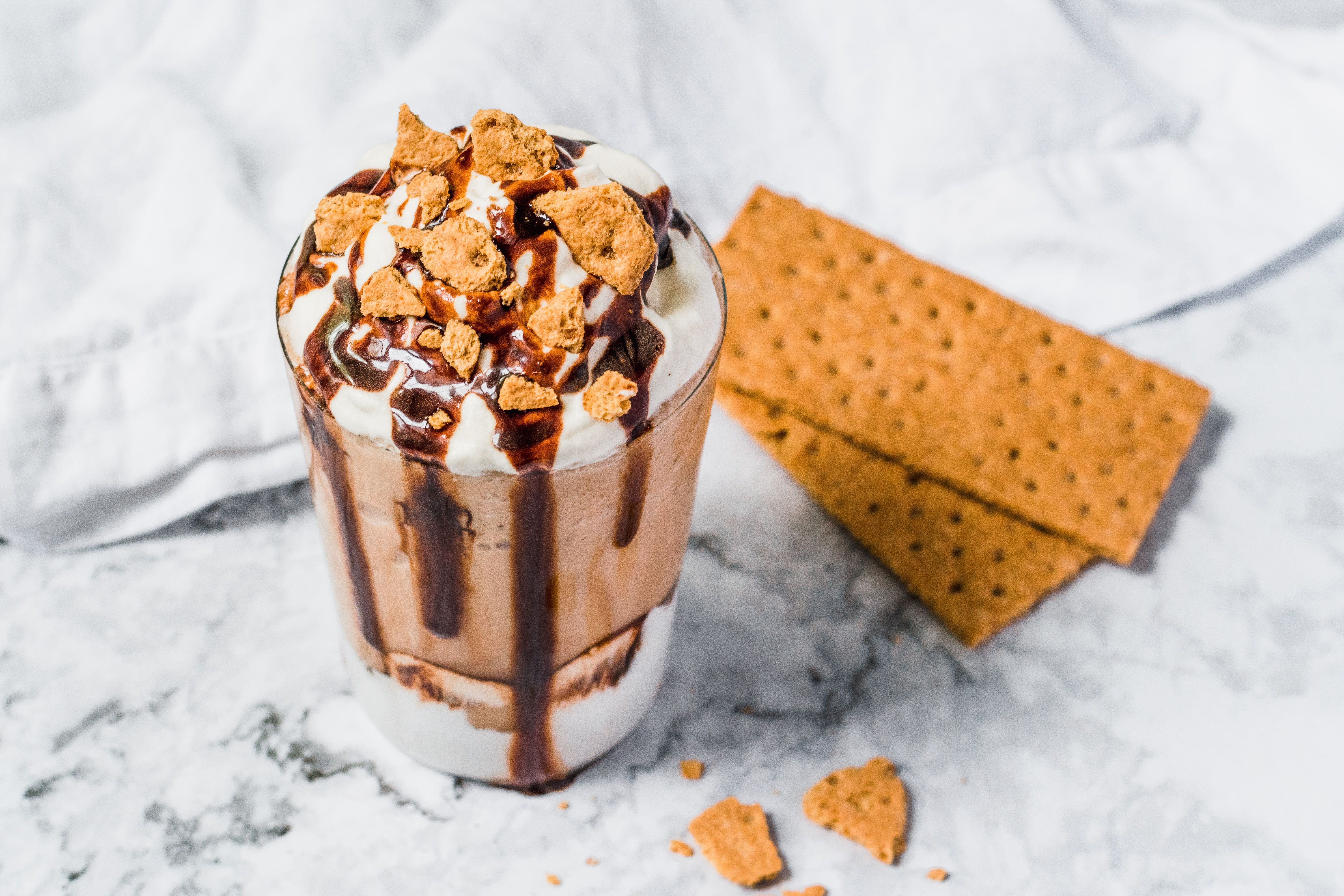