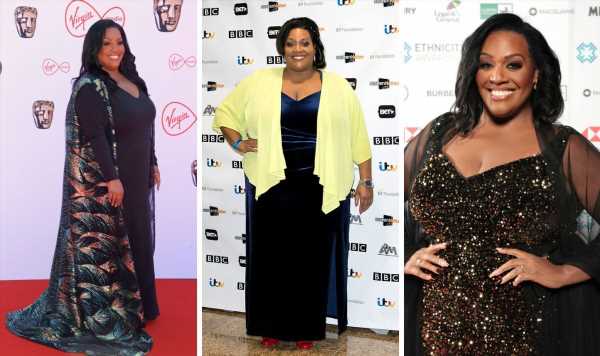 In 2017, TV personality and presenter Alison Hammond lost a whopping two stone when she took part in Sugar Free Farm. She spoke about the huge difference this has made to her life and her waistline.

Sugar Free Farm was a TV experiment in which celebrities were challenged to eradicate their sugar consumption and improve their health for food.

The show’s nutritionist, Angelique Panagos, revealed that the process entailed “going cold turkey on sugar for two weeks, while living and working together at Laverstoke Park Farm”.

“And when we say ‘cold turkey’, there wasn’t a single grain of sugar available during their stay!”

Alison reaped huge benefits from taking part in the difficult process, and detailed her experience in conversation with This Morning.

It was revealed that fellow TV star Gemma Collins – who had also been on the show – encouraged her to cheat.

Alison stated: “Why go on the farm and go sugar free and then cheat? I just didn’t want to go through the whole getting headaches again so I just thought, ‘What’s the point?’.”

She did admit that the process was not without struggle, and that cutting out such a big part of her diet did give her headaches and made her feel dizzy.

Likening the experience to a hangover, the lovable TV star stated: “I don’t drink, so I’d never gone through this before but it was literally like coming off alcohol.”

She also imagined that it was like coming off drugs, although having never done drugs before.

Alison explained that her being overweight was not down to lack of movement.

In fact, she described herself as “always on the go”, taking part in Zumba classes, performing in pantomimes and going for walks.

Therefore, it was her snacking habits – including a love of chocolate – that caused her to put on excess weight.

The star’s busy schedule meant she often neglected to feed herself with nutritious food, and instead she would reach for a chocolate bar on the go.

She revealed that she previously enjoyed an average of two chocolate bars per day, 666 in a year.

After Sugar Free Farm, Alison has maintained her weight loss by sticking to a relatively limited sugar intake.

She revealed that at Christmas, she enjoyed two pieces of Terry’s Chocolate Orange as opposed to the three whole chocolate oranges she would usually eat over the period.

Overall Alison dropped an impressive two stone and not only “feels so much better”, but sleeps better too.

Some dieters may be surprised to hear that fruit is also off the table in just week one, while in week two you can introduce up to two portions of whole fruits each day.

But if you aren’t allowed to eat sugar, what can you eat on a sugar-free diet? According to the expert, “real food – nothing else”.

The expert continued: “It may sound obvious now, but by eating natural foods in their whole form we’re going to get the best of those nutrients our bodies need.

“We’ll be fuelling ourselves with energising ingredients that’ll give us our bounce once we overcome any initial detox symptoms.”

She detailed on her website how dieters can follow this two-week plan safely but encouraged participants to consult their medical practitioner before undergoing the challenge.