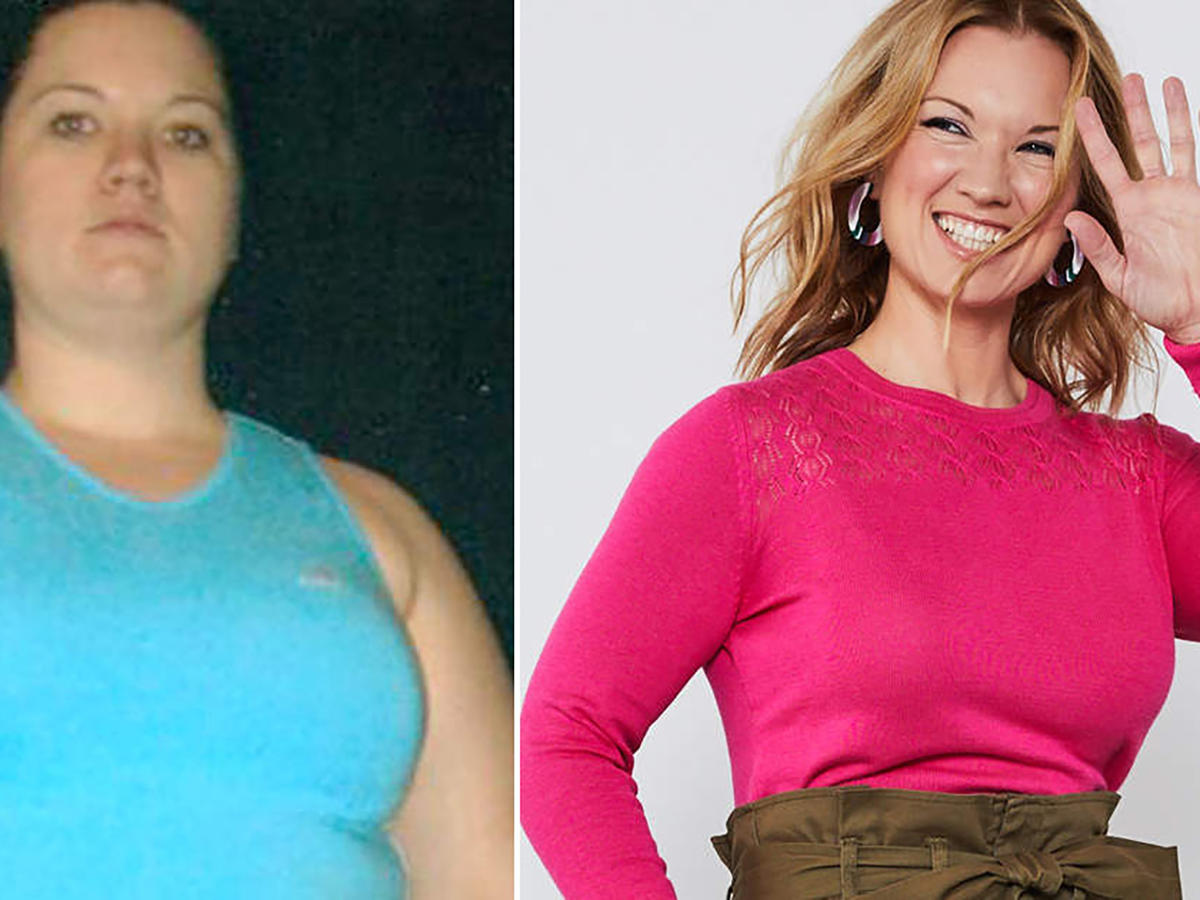 As a kid, Liz Hronek was active. She swam competitively and played soccer, but that didn’t stop a doctor from telling her at age 8 that she was “fat” and needed to go on a diet.

“It was traumatizing,” the 36-year-old tells PEOPLE for the 2019 Half Their Size issue. “I didn’t value anything about myself. I just felt like a piece of crap.”

Being put on a diet as an elementary school student had the opposite effect for Hronek, and she spent the next decade gaining weight. By her sophomore year of college she was 300 lbs., and relied on unhealthy meals of creamy pastas and liters of soda from the dining hall or drive-thru. During class one day, Hronek was working on an assignment when she suddenly “thought I peed my pants.” A friend took her to the campus health center, where they said she was pregnant. She gave birth to a baby girl the next day.

“I had a belly, but I didn’t get a baby belly,” she explains. “They said that my daughter’s knees were tucked up under my ribs, and that’s why I probably didn’t feel any kicking or moving.”

Hronek moved in with her dad while she cared for her daughter, but for the next two years, she was “so stressed and scared” that she continued to gain weight.

“I had this little baby and I didn’t know how I was going to take care of her, so I would just go to food for comfort,” she says.

But Hronek realized she couldn’t play with her daughter and chase after her during trips to the zoo. She wanted to make a change — first for her daughter, but also for herself. And this time it felt different than the forced diets of her childhood.

For more stories of women who lost half their size, pick up a copy of PEOPLE, on newsstands Friday. Hronek started following a low-carb, high-protein diet in Jan. 2008 and lost 50 lbs. From there, she started working with a personal trainer, and dropped another 101 lbs. while entering in bodybuilding competitions. Hronek found that she loved personal training so much that she became certified herself, and now runs a coaching program called Miss Fit Boss in North Carolina that also includes nutrition planning. “I felt inspired to go do more and make a massive impact,” she says. “I have one-on-one, face-to-face clients, but the coaching that I do is all online. We have a community where I share nutrition plans, workout plans, recipes and restaurant guides.”

Having lost over half her size herself, Hronek feels relatable to her clients.

“If there’s something that they’re struggling with, I’m right there, so we can talk it through,” she says.

And she’s working on teaching her now-13-year-old daughter, and another daughter born four years ago, about appreciating their bodies and living healthfully.

“I think her seeing me committed to my health without obsessing over it helps her to realize that even though she sees some things that she doesn’t like in the mirror, it doesn’t mean that she’s any better or worse of a person,” Hronek says.

Have you lost half your size? Share your story with PEOPLE at [email protected]!